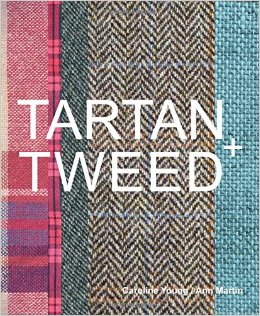 Tartan and Tweed is a comprehensive look at the chequered history of tartan and tweed from their origins in the Scottish Highlands to their reinvention, growing and continued popularity and use in contemporary fashion design, music, art and film.

Both tweed and tartan are fabrics with a strong cultural identity and history. But they have been reinvented to create multiple meanings, particularly when used in street fashions and in haute couture to mimic or parody the aristocracy, and to act as a subversive symbol of rebellion. This lavishly illustrated book focuses on fashion over the last century whilst looking back at the journey these fabrics have made from traditional cloth to stylish fabrics. We follow the early popularity of tartan and tweed including the fabrics' connections from crofters and clans to aristocracy, and look at tweed's dramatic recovery during an economic crisis and its subsequent re-invention as desirable luxury fashion fabric.

The book explores the use of tartan and tweed in fashion in the collections of leading designers including Vivienne Westwood, Alexander McQueen and Chanel who have used these textiles in a fresh, subversive way, while also paying tribute to their history. Making use of first person sources, historic documents, paintings and fashion photographs, this is a complete overview of tartan and tweed in Scotland and beyond.
https://www.amazon.com/Tartan-Tweed-Caroline-Young/dp/0711238227 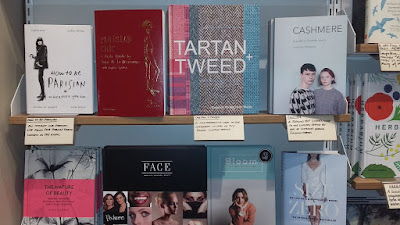 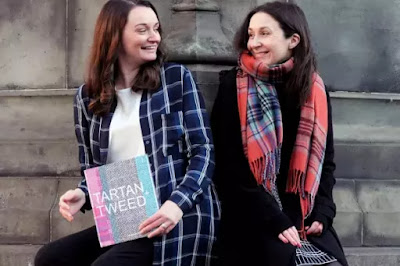 Whether Bonnie Prince Charlie or Mary Queen of Scots ever really wore tartan and why CIA agents in the Cold War adopted tweed as their uniform are among the myths explored in a new book dedicated to Scotland’s national cloths.

Tartan + Tweed, by Edinburgh authors Caroline Young and Ann Martin and published next week, looks at the history and popularity of tartan and tweed – and debunks myth and romanticism around them.

The book examines fashion over the past century, charting the journey of both tweed and tartan from traditional cloth to stylish fabrics. It follows their use by crofters and clans to aristocracy and examines tweed’s dramatic recovery during an economic crisis and its subsequent reinvention as a luxury fashion fabric.

It also documents their use in contemporary fashion design, music, art and film.

Young said: “Tartan in particular not only defines a nation and lies at the heart of our identity, but is also a political fabric, with countless meanings attached.

She added: “[Scotland] is often seen as a misty, romantic country stuck in the past, as shown in film and in advertising, and the TV series Outlander, and tartan serves as the imagery of this romantic depiction.

“While there is evidence of wearing tartan in Scotland in ancient times, and that plaid was the universal costume of Highlanders from the 16th century to the Battle of Culloden in 1746, the concept of clans having their own traditional tartan really only dates back to the 19th century.”

The book claims that despite Scotland’s famous associations with tartan, many well-known historical figures who have been depicted wearing the cloth, such as Mary Queen of Scots and Bonnie Prince Charlie, may not have done.

It says: “Mary Queen of Scots is another of Scotland’s figures where myth crossed into fact. There is no evidence that she wore tartan, particularly as she was a French Catholic woman who was more likely to have adopted crucifixes and fashionable ruffs.”

In fact, while tartan fabric has been around since at least AD230 – the Falkirk Tartan was found stuffed into a pot containing a collection of Roman coins dating back to then – its association with clans only goes back as far as the 19th century, when a romanticisation of Scotland’s history and the industrialisation of cloth led to the classification of clan tartans.

The book also looks at the decision for CIA spies to wear tweed throughout the Cold War – a revelation discovered in research for the 2012 film Argo.

It says: “Production crew on Argo spoke to the real-life spy Tony Mendez, to ask him what he wore during his covert trip to Iran. He told them it was a Harris Tweed jacket and slacks, with Harris Tweed acting as a subtle means of indicating their work in covert international operations against Russia.” 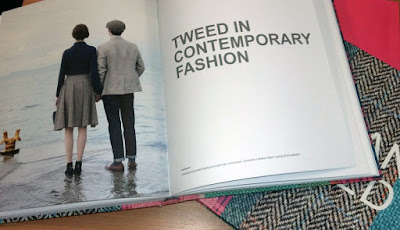 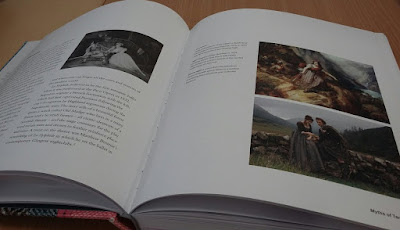