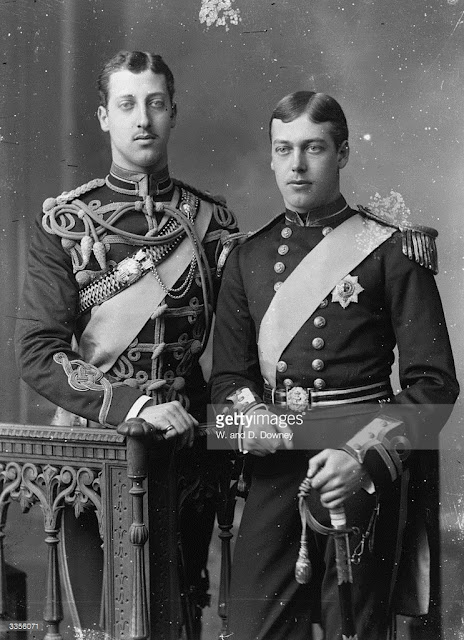 “1892: Miss Fanny Hicks is forced to tell the Trade Union Congress in Glasgow that trousers made for Queen Victoria’s grandson the Duke of York (later King George V) were made in a Soho sweatshop where typhoid fever has broken out. Miss Hicks then discloses that Davies & Son (the Duke’s tailor) is a subcontractor of the sweatshop. The scandal of the Duke of York’s Trousers is recorded in The Pall Mall Gazette and compounded by the mysterious death of the Duke’s brother and heir apparent Prince Albert Victor in January 1892.”
http://www.savilerowbespoke.com/about-us/history/19th-century-history/

“Davies & Son found itself in the centre of a royal Savile Row tailoring scandal in 1892 when trade union whistle-blower Miss Fanny Hicks told the Glasgow Congress that trousers intended for the Duke of York (the future King George V) had been made in a sweatshop in Mayfair’s Woodstock Street. Miss Hicks alleged that Davies & Son had outsourced the prince’s trousers and waistcoat to the sweatshops behind Bond Street where minors had recently died of scarlet fever. Furthermore, she claimed Davies & Son had also outsourced a uniform intended for Prince Eddy, Duke of Clarence and Avondale to the self same workshop. Prince Eddy had ostensibly died of influenza complicated by pneumonia at Sandringham House in January 1892. But the Pall Mall Gazette made the link between infected garments and the death of a man once removed from the throne of Great Britain. Another victim was the youngest daughter of Davies & Son customer Sir Robert Peel. Good came from the scandal of the Duke of York’s trousers for which, incidentally, Davies & Son was exonerated.”
James Sherwood
http://www.daviesandson.com/wp-content/uploads/2015/09/DaviesSon_History_08-15.pdf 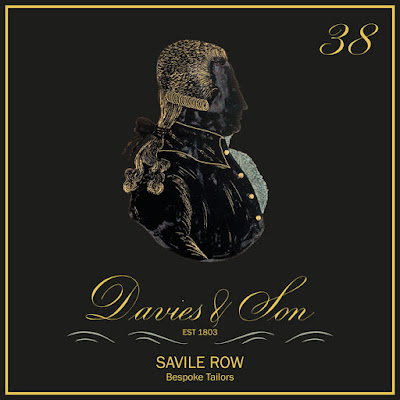 THE HISTORY OF DAVIES & SON
by James Sherwood
http://www.daviesandson.com/wp-content/uploads/2015/09/DaviesSon_History_08-15.pdf