My Brilliant Friend (Italian: L'amica geniale) is an Italian- and Neapolitan-language coming-of-age drama television series created by Saverio Costanzo for HBO, RAI and TIMvision. Named after the first of four novels in the Neapolitan Novels series by Elena Ferrante, it is set to adapt the entire literary work over four eight-episode seasons. The series is a co-production between Italian production companies Wildside, Fandango, The Apartment, Mowe and international film group Umedia.

The first season premiered on HBO on November 18, 2018 and on Rai 1 and TIMvision on November 27, 2018. A second season, based on Ferrante's second Neapolitan Novel and titled My Brilliant Friend: The Story of a New Name (Italian: L'amica geniale - Storia del nuovo cognome), was confirmed in December 2018, and premiered on Rai 1 on February 10, 2020, and on HBO on March 16, 2020. The first two episodes of the second season were released in Italian cinemas from January 27 to 29, 2020.

On April 30, 2020, the series was renewed for a third season, to be based on the third novel in the series, Those Who Leave and Those Who Stay. 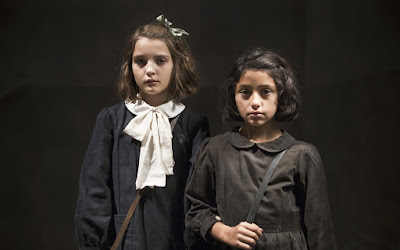 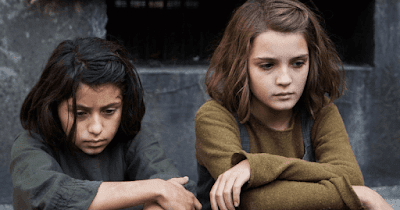 Margherita Mazzucco and Gaia Girace in My Brilliant Friend.

Gripping, heartbreaking, and beautiful, the second series of the gorgeous Elena Ferrante adaptation shows no signs of slacking

My Brilliant Friend (Sky Atlantic) never quite had the breakout moment that a series of its quality deserved. Perhaps this second series will bring it the audience to match the acclaim. The beautiful and graceful adaptation of Elena Ferrante’s Neapolitan novels moves to book two, The Story of a New Name, and picks up on the evening of Lila’s wedding to the vile Stefano, precisely where season one left off.

Its debut season managed to take elements that are usually signs of, if not a dud, then a slog – the risk of adapting beloved novels, child actors, a voiceover narrating the story, trying to make writing appear interesting on screen – and made all of them sing. It shows no sign of slacking as it moves into the 1950s.

For Lila, marriage is a direct root out of poverty, but her husband has betrayed her before they have even left for the honeymoon, and their trip to the Amalfi coast is far from the celebration is should be. It descends, quickly and inevitably, into shocking, horrifying violence. When Lila returns home, she finds that she may have escaped her old impoverished neighbourhood and moved into a nicer one, but the trappings are the same as they are for most wives of her era and environment. She simply has bigger rooms and more trinkets. To see Lila stuck in a domestic no man’s land, her spirit sapped away, is heartbreaking.

Her brilliant friend Lenù, meanwhile, is continuing along her own, slower, path to escape, pursuing the education that Lila was denied. When Lenù starts to doubt her ability to see her schooling through to the end, owing to a crisis of confidence and the distractions of romantic entanglements, it feels like a double betrayal, because she is learning for the two of them. Yet Lenù is sympathetic, her choices understandable. She tries to force herself to care about Antonio, the local boy who wants to marry her, as her way of tethering herself to her old neighbourhood. But he is unable to trust her, or rather, his insecurities make him uneasy, because she is educated and he is not. She wants to love him because he is safe, unlike the lofty and aloof Nino, who wears glasses, prints his own magazine and talks about workers’ rights.

The two girls had drifted apart by the end of season one, divided by unavoidable resentments and differing circumstances, but here they are back together, working out how each of them can make their way through their lives as young women.

My Brilliant Friend is excellent on the complicated nature of female friendships and how they can turn on competition and admiration, particularly when the playing field is not level and never will be. As smart teenage girls in a society that has little need for them, the odds are almost always stacked against them. They are hungry for experience but, at 16, Lila has a violent husband who repulses her. There is a shot of Stefano eating prawns and sloshing back wine that hammers home his grotesqueness, and it reminded me of Tony Soprano at his most gluttonous. In grown-up dresses that drown her frame, she looks 20 years older than she is, wandering around her showroom of a home. The leads, Gaia Girace and Margherita Mazzucco, are both remarkable, not least because they appear to be the same age as their characters, and have a lot of weight to carry.

When Stefano brings Lila back from their honeymoon, she is forced to sit down with her family, her face black and blue. She sits there as if daring them to ask. They all awkwardly ignore the bruises until, eventually, a friend walks in and is shocked enough to mention it without thought. She tells them she fell on the rocks, and the terrible relief is palpable: they know she’s lying, but this way they won’t have to confront it. Later, when she tells Lenù what happened, a tear slowly drips down her friend’s face. But the empathy seems to revive Lila, and rekindle some of what has been taken away. At the end of the opening episode, she seems ready to fight again.

Most big television shows are gorgeous now, thanks to a combination of technical advancement, the seemingly bottomless pot of money and the fact that, since TV is now considered cinematic, dominated by Hollywood stars, it really needs to look the part. But even by those standards, My Brilliant Friend is an exceptionally gorgeous show.

It takes its time when it needs to and zips through the parts where it does not need to linger. (I am ambivalent only about the depiction of a rape, which is part of the story, but the scene goes on too long, and seems unnecessarily cruel in its detail.) My Brilliant Friend is absorbing, gripping television that demands that you sink into it completely, closing off all distractions. 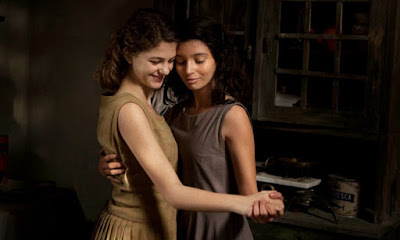