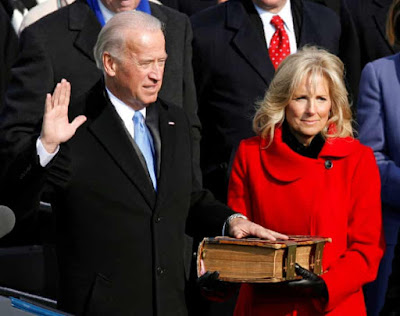 Fashion brand reported to be dressing the president-elect, a move that would subtly signal a distancing from the Trump era

Joe Biden is being dressed by the fashion brand Ralph Lauren for his presidential inauguration on 20 January, according to Women’s Wear Daily, in a move that has prompted a round of speculation about his meaning and motives at a time of crisis in the US.

On the surface, Biden’s choice of Ralph Lauren is no great shakes: here is a fashion brand with a classic, mass All American image. From the Oscars to the mall it is both luxurious and high-end, mid-range and accessible. Biden’s suit is expected to be single-breasted and two-buttoned, in a dark shade of blue worn with a crisp white or baby blue shirt.

“Ralph Lauren is a brand that has become synonymous with America on the global stage,” said Emma McClendon, who curated Power Mode: The Force of Fashion at the Museum of FIT in New York. “From the company’s preppy advertising campaigns, to the red, white and blue uniforms [Lauren] has designed for the US Olympic team”.

But – like much else in American public life – Biden’s sartorial choices are not divorced from their political context.

Lauren fits the sober, unshowy mood the Washington inauguration will take place in, as Donald Trump’s four years of turmoil come to an end in the wake of an attack on the Capitol by a rightwing mob.

The choice could also be read as a subtle rejoinder to the preceding pumped-up Trump era.“Isn’t a Ralph Lauren suit supposed to be an expression of understatement, of sober reliability and even predictability?” said Michael Zakim, author of A History of Men’s Dress in the American Republic. 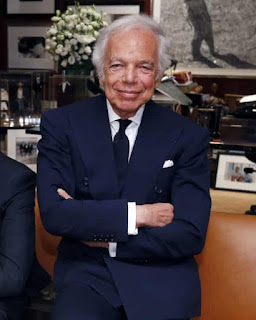 With three years between them, Biden and Lauren are both members of the so-called “silent generation”. “[It’s] a manly form of unostentatious modesty that no one’s actually supposed to be noticed – striking a pointed contrast to Trump’s clinical impulsiveness and need for attention,” Zakim said.

Ralph Lauren has dressed Democratic and Republican heads of state, including Melania Trump, who wore a pale blue dress for Trump’s inauguration. Being one of the few designers who dressed the outgoing first lady led the hashtag #boycottralphlauren to trend on Twitter. “Lauren’s designs have been more often associated with the women of the West Wing than the men,” said McClendon.

As well as Melania, McClendon name-checks Hillary Clinton wearing a white Ralph Lauren suit to accept her presidential nomination at the 2016 Democratic national convention. “In this way, Biden’s choice of Lauren could be seen as unifying – selecting an American brand that has been supported by both sides of the aisle,” she said, which also certainly fits with the inauguration’s theme of “America United”.

Lauren’s steady-hand trademark might be over-egged to some, but there’s a happy parallel with Biden, whose own preppy style has not changed much since the 1970s.

Still, the choice of inauguration designer subtly diverges from the expected choice of Brooks Brothers, which filed for bankruptcy last year. Forty-one of the past 45 presidents wore the brand, including Barack Obama and Trump.

“[Biden] obviously feels comfortable in his clothes and projects the image that is, at the same time, youthful and mature,” said Djurdja Bartlett, who edited the book Fashion and Politics.

Domestically produced, Ralph Lauren reaffirms a message of American exceptionalism. “Ideologically, Biden’s style is a visual testament to Americana in its most idealised version. His are effortless clothes that remind Americans and the world of the times when America was effortlessly great,” Bartlett said.

When contacted by the Guardian, a Ralph Lauren spokesperson replied: “Unfortunately, we can’t comment.”