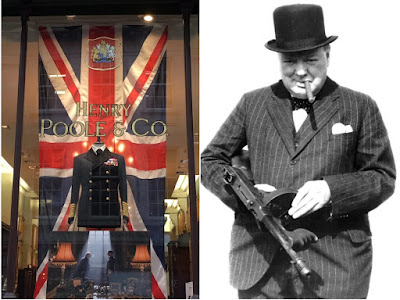 Churchill 'never paid for his suits'

The ledgers of tailor Henry Poole & Co, the founding business of Savile Row, are being made public.

Dating back to 1846 they detail the garments made for notable figures of the day including Edward VII, Charles Dickens and Madame Tussaud.

Fashion historian James Sherwood told the Today programme how the fashion habits of every king, emperor and Victorian celebrity are contained in the books.

The ledgers follow the entire political career of Sir Winston Churchill, until the tailor lost his patience with the great war leader because he didn’t pay his bills, he said. 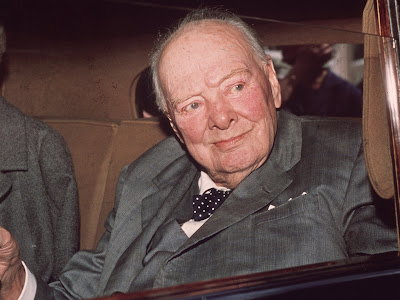 Winston Churchill refused to pay tailor's bill of more than £12,000

And the future Prime Minister was not alone, as Henry Poole & Co’s records reveal

The archives of a Savile Row tailors firm revealed that Sir Winston Churchill refused to pay an enormous bill, Charles Dickens had to settle his son Charles Junior’s debts and actress Lillie Langtry’s account was dealt with by her millionaire lover.

Henry Poole & Co’s archives, which The Daily Telegraph reported will be made public on Thursday, date back to 1865 and contain information about some of society’s great and good throughout the period.

The firm had made clothes for Sir Winston since he was a child, but six decades later the company and arguably its most famous client fell out irrevocably.

The future Prime Minister became so enraged by requests from Henry Poole & Co to pay his bill of £197 – more than £12,000 at today’s prices - that he “took umbrage and quit” with the final order placed in 1937. 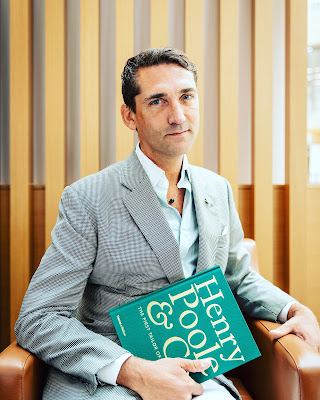 James Sherwood, a historian who went through the firm’s archive, said: “They continued to make clothes for him until just before the Second World War, when he fell foul because he didn’t want to pay his bill.

“He said it was for morale, it was good for us [Henry Poole] to dress him and he wasn’t aware we were short of cash. He never did pay, and never came back – he never forgave us.”

Sir Winston was not alone in this attitude to paying his bills.

When he was Prince of Wales in the 1870s, Edward VII, made “infrequent payments on account that accumulated over years”. Following the death of Mr Poole, a bill was sent to the prince, who promptly stopped buying from the firm for 22 years.

Dickens did not have a taste for expensive clothes but his son Charles Junior did and his father had to foot the bill.

“Dickens was never a customer himself – he was notoriously parsimonious and he didn’t really care much for his clothes,” Mr Sherwood said.

“His son, however, never really had to work because he could live off his father’s wealth. He got into debt, with Charles senior later paying it off.”

Langtry’s records show her clothes were paid for by Frank Gebhart, a wealthy racehorse trainer with whom she was having an affair, during their relationship. Such information could have caused a scandal.

But Mr Sherwood said: “The tailors were so discreet, nobody would have heard anything from them.” 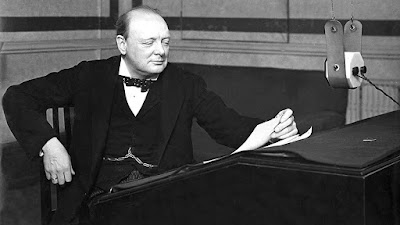 There could be no more iconic image of a British politician than Winston Churchill in 1940 in the midst of World War Two, defiant in a pinstripe suit, spotted bowtie, cigar clenched between his teeth and a Tommy gun in his hands. Even Hitler was shocked by the brazen image and had the “gangster” look reproduced in Nazi propaganda leaflets, but it was a triumph showing how Churchill was putting himself on the frontline too.

Churchill was a great patron of Savile Row and his photograph can be seen on the walls of several leading tailoring shops, such as Henry Poole & Co. There, he was fitted for a uniform at the age of 19 and the tailor had to work hard to enlarge his chest and shoulders. Sometimes he spent a little too much money on Savile Row and even during the war, while leading the nation to victory, he was struggling to pay his shirt-maker’s bills.

A stickler for wearing the appropriate clothing at grand events, Churchill could be critical of others. When he spied Labour politician Aneurin Bevan wearing a simple blue serge suit at a State Ball at Buckingham Palace, he said “I think that at least on this occasion you might have taken the trouble to dress properly.” Bevan glanced down at the Prime Minister’s trousers and stated flatly “your fly buttons are undone”.  Churchill was not altogether good news for Savile Row, however, with one tailor telling me: “Upon his death, he left quite a considerable account unpaid at one of the Row’s tailors …”