Secrets of the Wallace: The Swing by Jean-Honoré Fragonard (1767) 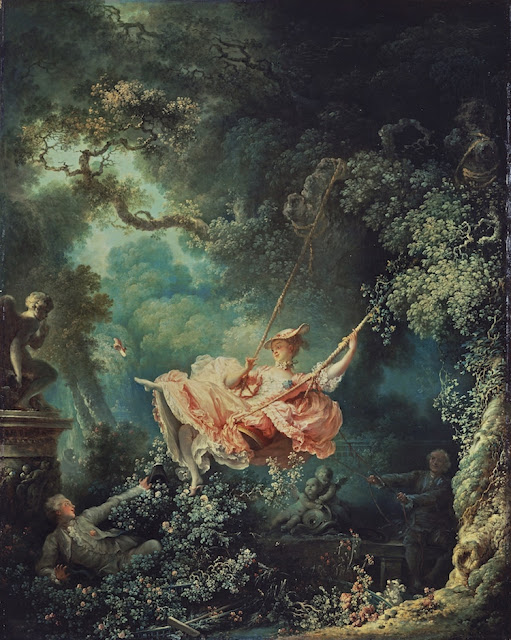 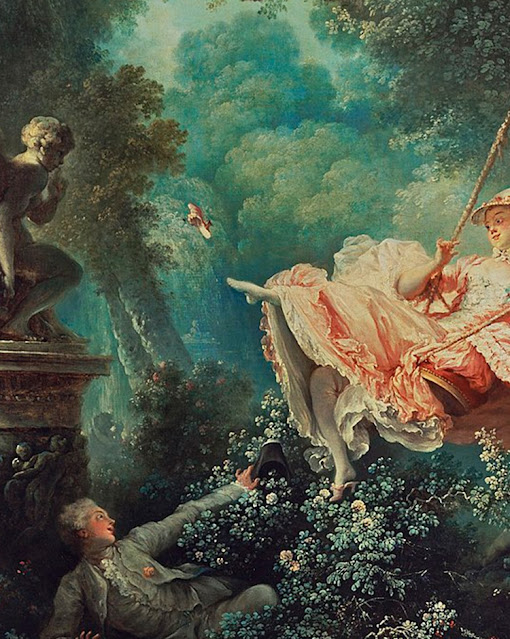 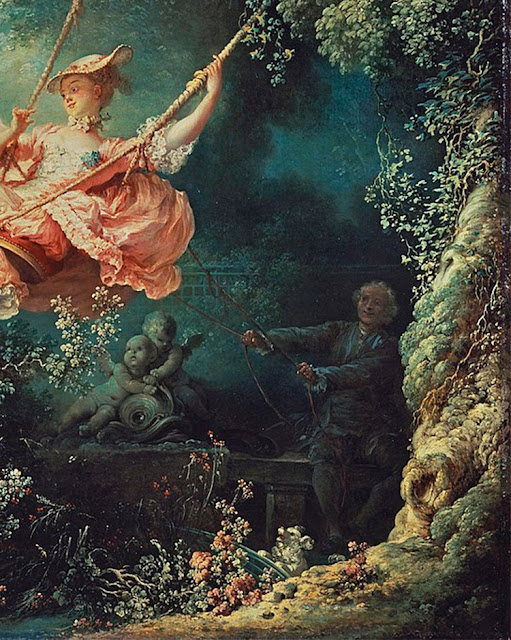 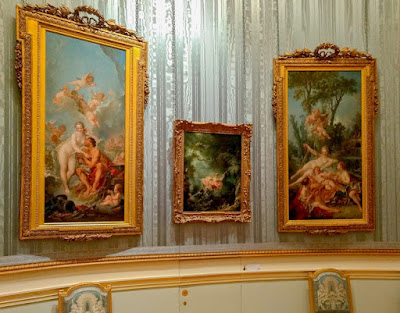 The Swing (French: L'Escarpolette), also known as The Happy Accidents of the Swing (French: Les Hasards heureux de l'escarpolette, the original title), is an 18th-century oil painting by Jean-Honoré Fragonard in the Wallace Collection in London. It is considered to be one of the masterpieces of the Rococo era, and is Fragonard's best known work.

The painting depicts an elegant young woman on a swing. A smiling young man, hiding in the bushes on the left, watches her from a vantage point that allows him to see up into her billowing dress, where his arm is pointed with hat in hand. A smiling older man, who is nearly hidden in the shadows on the right, propels the swing with a pair of ropes. The older man appears to be unaware of the young man. As the young lady swings high, she throws her left leg up, allowing her dainty shoe to fly through the air. The lady is wearing a bergère hat (shepherdess hat). Two statues are present, one of a putto, who watches from above the young man on the left with its finger in front of its lips in a sign of silence, the other of pair of putti, who watch from beside the older man, on the right. There is a small dog shown barking in the lower right hand corner, in front of the older man. According to the memoirs of the dramatist Charles Collé, a courtier (homme de la cour) first asked Gabriel François Doyen to make this painting of him and his mistress. Not comfortable with this frivolous work, Doyen refused and passed on the commission to Fragonard.The man had requested a portrait of his mistress seated on a swing being pushed by a bishop, but Fragonard painted a layman.

This style of "frivolous" painting soon became the target of the philosophers of the Enlightenment, who demanded a more serious art which would show the nobility of man.

The original owner remains unclear. A firm provenance begins only with the tax farmer Marie-François Ménage de Pressigny, who was guillotined in 1794, after which it was seized by the revolutionary government. It was possibly later owned by the marquis des Razins de Saint-Marc, and certainly by the duc de Morny. After his death in 1865, it was bought at auction in Paris by Lord Hertford, the main founder of the Wallace Collection.