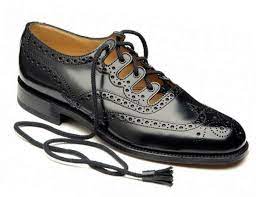 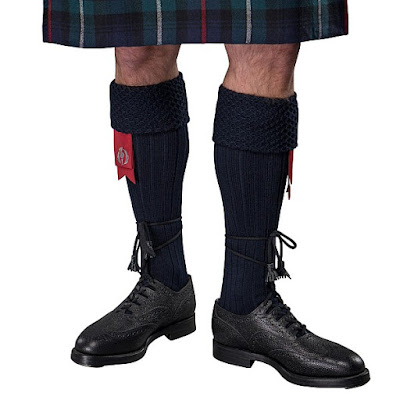 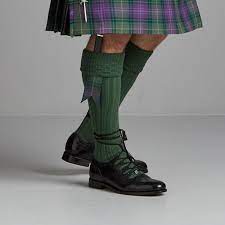 In this "post" I will not deal with the English "oxford brogues", which can be divided into "Full brogue" and "half brogue" depending on the amount of shredded used in their ornamentation ... but yes, from your true ancestor... the Scottish "brogue ghillie" ...

Indeed these Scottish shoes which at present are only used in a social context, were the real country shoes of the "game-goers" and other country activities in the Scottish Highlands. The term "ghillie" associates the "boy" ('gille' in Scots Gaelic - lad-servant ) and the term 'brogue' to 'brog' (shoe).

The holes, now symbolized in decoration, actually existed and helped drain the water ... see the examples represented below the ancestors "brogues".

There are many different styles of Brogues available these days. The most famous of these of course is the Ghillie Brogue. The Ghillie Brogue differs slightly from other types of brogue as it has no tongue which allows the shoes to dry much more easily and also features long laces that are wrapped around the wearers ankle and tied just below the calf. The reason the laces are tied this high is to prevent them from becoming caked in mud and dirt like the laces for most other shoes. Although they have many functional design choices Ghillie Brogues are primarily worn at functional events such as Ceilidhs and Scottish weddings. 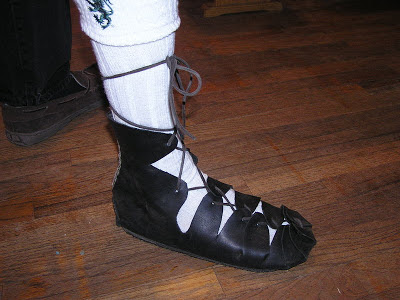 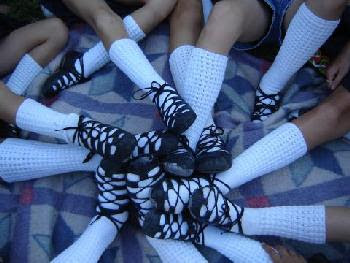 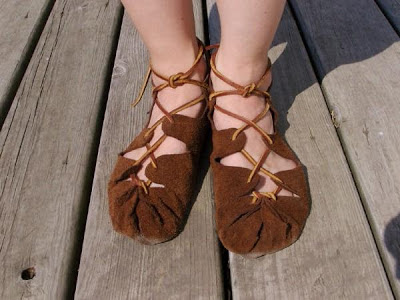 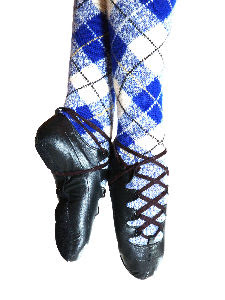