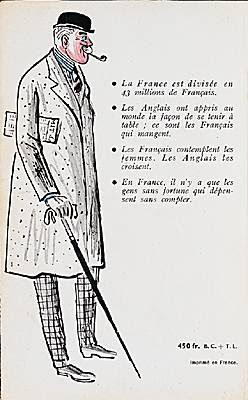 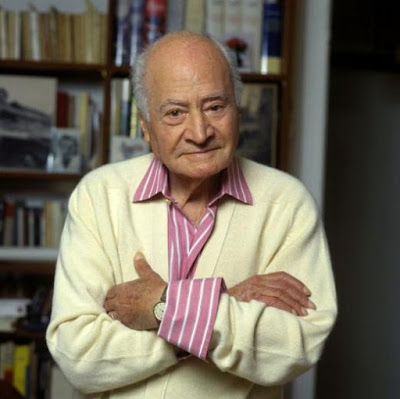 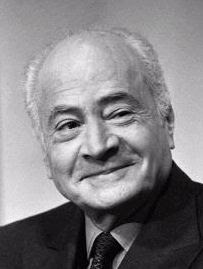 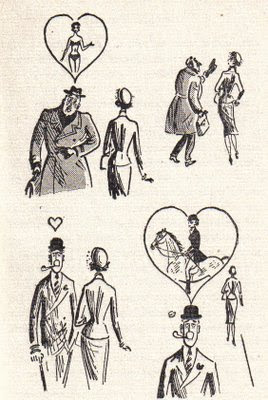 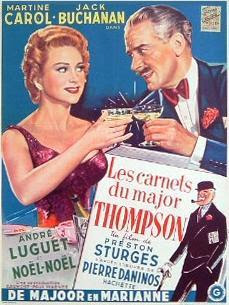 The French, They Are a Funny Race, known in France as Les Carnets du Major Thompson (The Trophies of Major Thompson) and in the U.K. as The Diary of Major Thompson, is a 1955 comedy film written and directed by Preston Sturges, based on the novel by Pierre Daninos. It stars Jack Buchanan and Martine Carol.

This was the last film directed by Preston Sturges.

Major Thompson (Jack Buchanan) is a crusty, middle-aged English officer, retired and widowed and living in Paris, who tries to adjust to the French way of life. He falls in love with frivolous but alluring Martine (Martine Carol), and then marries her. The question is, will their child be raised as a proper Englishman, or a swinging Frenchman?

Although Jack Buchanan was Scottish, he often played very English characters. He was dying of cancer at the time this film was made.

Noël-Noël was a French comic actor of some note at the time the film was made.

Preston Sturges had come to Paris in hopes of reviving his career, which had hit the skids in Hollywood after his partnership with Howard Hughes dissolved in acrimony. He did some work on Broadway, wrote the screenplay for an adaptation of George Bernard Shaw's The Millionairess which Katharine Hepburn, who had performed in the play in New York, wanted to get produced, and then came to France where, because he was fluent in French, he was able to write and direct the screenplay for this adaptation of Pierre Daninos popular novel.

The film was released in France on 9 December 1955, but Sturges did some additional polishing of it for the American audience, and it was not released in the United States until 20 May 1957, when it premiered in New York City, the final American opening of Sturges' film career. 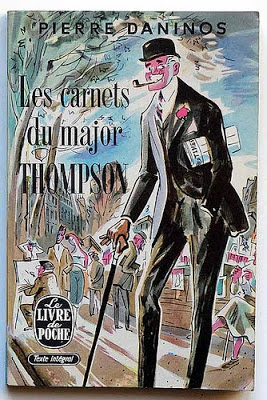 Screen: Mellow Sturges; 'French Are a Funny Race' at the Baronet

IN eight years a man can do some mellowing—especially a man who has spent much of that time in France, where a great deal of skill is devoted to the mellowing of expatriates. But it isn't quite fair that Preston Sturges should have mellowed as much as it looks as though he has from his first new film to be released in eight years, "The French They Are a Funny Race."

From this made-in-France spoof of the French people, which opened at the Baronet last night, it looks as though our old friend Mr. Sturges has become as soft as a summer breeze. He who made such tremendous satires on American manners as "The Great McGinty" and "The Miracle of Morgan's Creek" is here playing around with such small humors as how the French drive their cars or shake hands. Once he does wax so daring as to speculate on how a Frenchman thinks of sex, but drops the subject with some spluttering embarrassment when the lady on whom he is speculating walks into a church.

As a matter of fact, the most galvanic and amusing thing in his film, which is based on "The Notebooks of Major Thompson," a series of humorous essays popular in France, has nothing to do with the French people but is a jab at the English. It is a scene in which the raconteur, Major Thompson, pays court to his first (English) wife.

She is a raw-boned "county" creature, named Ursula, whose way with a horse is much more comfortable and cozy than her way with a man. Indeed, she inclines to treat the latter the way most women shy off from a nag. But when she and the Major take time out from a hunt to slug down some booze, while sitting astride their horses, Ursula undergoes a change. It's the sort of change that Mr. Sturges, past master of satiric farce, knows how to handle superbly. And he does so, this one time, in the film.

But it grieves us to tell you that, for the most part. "The French They Are a Funny Race" is a generally listless little picture, without wit, electricity or even plot. It is simply a series of comments by this major who is writing some screeds about his French friends, his casual observations and his domestic problems with a pretty French wife.

One trouble is that the major, whom Jack Buchanan plays, is a pompous and pudding-headed fellow whom Mr. Sturges doesn't slap down properly. He's the sort our boy would have enjoyed belaboring in the old days, before mellowing. Like most pompous fellows, he gets off some pretty obvious and dismal jokes.

For another thing, the observations are pretty prosaic and dull, such as the reverence of the French for Napoleon or their native inclination to mistrust. Mr. Sturges, in the old days, could have thought up many funnier things to kid about, we're sure. And the English narration of the major, which accompanies the film, is too ornate.

To be sure, a very able French actor, Noel-Noel, plays the major's French friend, and he does make some wry, amusing gestures and hit some comic expressions, at times. Ursula is also played briskly by a tall girl named Catherine Boyl, and the Major's French wife is made attractive and mildly mettlesome by Marline Carol. Likewise, Totti Truman Taylor does well as an English governess. (They all speak English, by the way.)

But the picture is all too bland, too listless. The French they must be funnier than this.