End of partnership that kept Burberry at the leading cultural edge

Analysis: Could Marco Gobbetti be followed out of British luxury brand by creative director Riccardo Tisci? 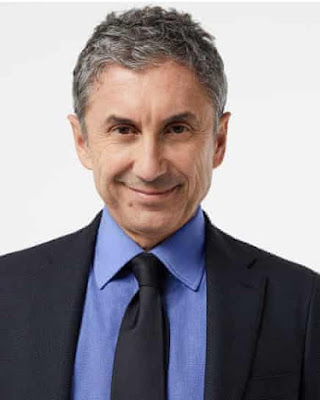 The departure of Marco Gobbetti as chief executive of Burberry raises the key question of whether Riccardo Tisci, whom Gobbetti appointed creative director soon after he joined, will remain at the luxury fashion brand.

A desire to be closer to his family in Italy was given as the reason behind Gobbetti’s decision to quit Burberry, and Tisci too is thought to have found it difficult to be away from family in Italy for prolonged periods during the pandemic. The designer was a fashion student in London in his teens and has a deep affection for British culture and subculture, but the pull of his homeland remains strong. Italy has many deep-pocketed luxury brands and a shortage of exciting design talent, so opportunities are likely to present themselves.

While Gobbetti focused on raising price points and elevating Burberry’s luxury status, Tisci worked on keeping Burberry relevant – a huge challenge over the past year, as the pandemic has put the fashion industry on the back foot. The charity partnership with the footballer Marcus Rashford, who starred in a recent advertising campaign, was a symbol of how Burberry successfully positioned itself at the progressive leading edge of culture.

A label whose signature check pattern once had such combative overtones that it was banned by nightclub bouncers looking to keep out trouble is now a pioneer of gender-neutral clothing. The brand has committed to climate neutrality by next year, and climate positivity by 2040.

Burberry is Britain’s only major luxury fashion brand. This means that a Burberry catwalk or shop window is as much about selling an appealing image of modern Britain as it is about designing clothes. Backed by Gobbetti, Tisci has brought to Burberry the uncompromising, hard-edged aesthetic he pioneered during his previous job at Givenchy. In the most recent catwalk show, released digitally last week, trench coats came with the sleeves ripped off, and were accessorised with nose rings. The mood music of Tisci’s Burberry wavers between menace and melancholia, with occasional blasts of mischief. It is quite a stretch for a British luxury brand, where bread-and-butter sales come from investment coats that hang in corner offices and in the cloakrooms or expensive restaurants, and polo shirts worn in smart golf clubs.

It was Christopher Bailey, who preceded Tisci in his dual role as designer and chief executive of Burberry, who pivoted Burberry from being a British heritage brand to an international fashion powerhouse. Under Bailey, Burberry’s touch points were bookish, bohemian, and with a lyrical connection to the British countryside. The gardens of Vita Sackville-West, and the landscape paintings of David Hockney, were among his references. Under Gobbetti and Tisci, Burberry has looked at Britain’s future rather than at its past, shaking off fashion history and taking its cue from the cultural and political preoccupations of the next generation.