Charles the new King after the death of Her Majesty The Queen | ITV News / Dear King Charles, if you’re serious about reforming the monarchy, this is how to start

Dear King Charles, if you’re serious about reforming the monarchy, this is how to start 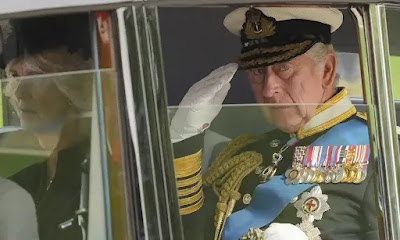 The captains and the kings have departed, the last presidents and princes are heading for the airport. After the funeral, the hard work of being monarch begins.

The red boxes are piling up, and Liz Truss will be dropping by for a weekly audience, smugly patronising you. So what should your priorities be? If you are truly serious about reforming the monarchy, here are five issues, helpfully offered, to which you might (but probably won’t) bend your brain.

If you really want to express solidarity with your subjects, particularly at a time of economic hardship, you could add some additional tax payments. All right, yes, you have paid income tax voluntarily since the age of 21, but large amounts of the royal resources are exempt. The royal family have generally been extremely reluctant to pay tax – they avoided income tax entirely from 1910 to 1994, usually pleading poverty – and they still don’t have to pay inheritance or corporation tax.

It is very difficult to separate state assets – the stuff the royals cannot sell like the crown jewels, the Rembrandts, the Rubenses and the 7,000 other paintings in the royal collection, to say nothing of George V’s stamp collection, which is valued in excess of £100m – but you do have private resources, such as those professionally managed for you. And you do have the sovereign grant, currently £86.3m, and 25% of the £312m current revenue of the crown estates, which gets paid back to you by the government for carrying out your royal duties.

But you have private assets too – and those are the ones we can only estimate, like Balmoral and Sandringham with their large estates. The Sunday Times Rich List reckoned this year that the Queen was worth £370m (way below the likes of Richard Branson and Paul McCartney but not to be sneezed at). That would make for a tidy inheritance tax bill on assets worth more than £500,000, but the royals are exempt and the Queen’s will will be sealed – so we’ll never know exactly what she’s passed on, unless you let a little light in on the magic. You could call it levelling up.

You have vowed to get rid of some of the flunkies, hangers-on and minor royals, though that did not get off to a particularly good start when your staff at Clarence House received notice of redundancy in the middle of last week , just as they were working flat out on the transition arrangements for you. But slimming down usually refers to the part-time royals who bulk out attendances at events and get paid when they do so. The trouble is, there’s a bit of a labour shortage at the moment, what with Prince Andrew sunk below the waterline and the Duke and Duchess of Sussex in voluntary exile in the US. It puts a lot of work on the royals who are left, such as you and Camilla, the Queen Consort, the Prince and Princess of Wales, Prince Edward and Sophie and Princess Anne. Maybe you will just have to cut back on royal visits.

Why not? It’s draughty and cold, falling to bits with chunks of masonry dropping off. Grand but, well, just not very homely. There are 775 rooms, hundreds of bedrooms and bedroom suites, 92 offices, 19 state rooms and a swimming pool and the central London position would make it perhaps not a shelter for homeless people, but an ideal luxury hotel. Trump Green Park, perhaps? It can’t actually be sold, but perhaps could be leased out and hired back for special balcony occasions and state dinners. Or, if that’s too drastic, why not open it to the public all year round instead of just in the summer? There are hints you may turn Balmoral into more of a museum than it is already.

Do we really still need the Order of the British Empire, or other imperial relics? Couldn’t they be renamed something more inclusive? And while we’re at it, could awards be given solely on merit, not to party donors, chief executives and cronies of the prime minister? Such people don’t really need it to enhance their status and stature (nor do film stars, sports heroes or other eye-catching recipients, nice though it is to see their smiling faces in the media in the dog days after Christmas). Longstanding nurses and cleaners may be less glamorous, but more of them would certainly be worthier candidates, especially for a government that supposedly wants to enhance their status without necessarily paying for it.

'I can't bear this bloody thing': King Charles gets frustrated with leaky pen –

That’s something you could definitely do, and an inky-fingered nation would rejoice. If it’s true you take your pillow and toilet seat with you whenever you’re away from home, surely you could take your own pen? You used a fountain pen for those spiky black spider memos you used to write privately to ministers, but perhaps you could have a decent ballpoint pen for those sudden signing sessions without the risk of a pen malfunction incident. No one would notice. Promise.

Stephen Bates is the Guardian’s former religious and royal correspondent. His latest book is The Shortest History of the Crown.