From Tampongate to the Bashir bombshells: will King Charles III finally hit back at The Crown? 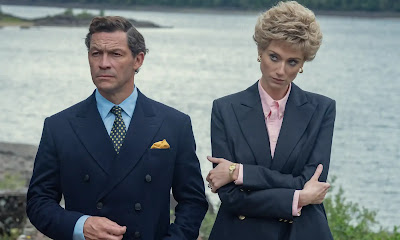 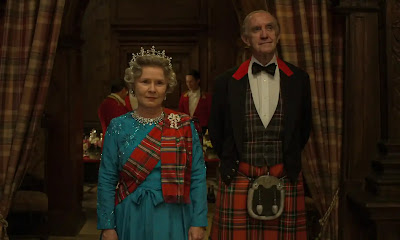 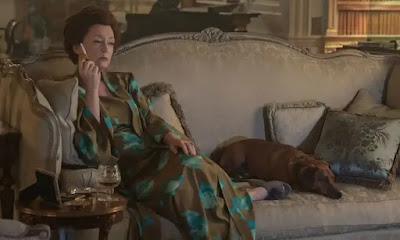 From Tampongate to the Bashir bombshells: will King Charles III finally hit back at The Crown?

The Netflix hit is now plunging into inflammatory territory. Will the famously outspoken new monarch really simmer in silence? Does he have to – now Prince Harry is on the streamer’s payroll?

The Prince of Wales invites prime minister Sir John Major to a secret meeting to explore the possibility of becoming Charles III in 1991 not 2022. The Princess of Wales seduces heart surgeon Hasnat Khan by asking him to place his finger on her breasts and trace her valves and arteries. In a war within the BBC, the director general John Birt goes nuclear against chairman Marmaduke Hussey by agreeing to let Martin Bashir, oozing ambition through aviator glasses, interview Diana for Panorama. Meanwhile, in an Egyptian flashback, young shopkeeper Mohamed Al Fayed forms a long-term plan to link his family to the British throne.

But this run has one very significant difference. This time, episodes carry the following notice: “Inspired by real events, this fictional dramatisation tells the story of Queen Elizabeth II and the political and personal events that shaped her reign.”

That doesn’t go as far as some critics of the show’s cavalier way with fact would want. But until now, Netflix has always refused to gloss the content at all, even refusing a direct request from the recent Conservative culture secretary Oliver Dowden to add a “health warning” for viewers, especially in the US, who are seemingly convinced that The Crown is the inside story.

Even now, Netflix stresses that the statement is not a “disclaimer” (the company has always refused to run these) but a “description”. Whatever you call it, the streamer’s agreement to finally stress the drama’s loose relationship with the truth represents a vast shift in the balance of power between the monarchy and Netflix, between The King and The Crown.

Broadcast since 2016, the first four seasons lengthily held the No 1 slot in most Netflix territories and won multiple awards, including 21 Emmys. But, while some monarchists and historians took offence at attitudes and accuracy, the closest to a royal family response was a complaint about “trolling on Hollywood budgets”, attributed to “sources close” to the then Prince of Wales. This silence reflected Elizabeth II’s belief that her family should not publicly complain about media coverage – a stance rooted in a desire to keep a regally dignified distance and not inflame hostile publicity.

This position seemed to be abandoned spectacularly as details began to emerge for the fifth series, the first in which the actors playing the key roles of Elizabeth and Philip are portraying historical rather than living figures.

The former prime minister Sir John Major (played in the show by Jonny Lee Miller) publicly described the scripts as “a barrel-load of nonsense” and “malicious fiction”, especially the sequence in which he and the Prince of Wales are shown plotting for the Queen to abdicate. Dame Judi Dench then wrote to the Times in support of Major’s complaint, adding that “the closer the drama comes to our present times, the more freely it seems willing to blur the lines between historical accuracy and crude sensationalism”. With Jonathan Dimbleby, friend and biographer of Charles, dismissing the show as “nonsense on stilts”, The Crown had serious establishment firepower ranged against it.

It is not possible to attribute this pushback directly to the new king, but each of the complaining trio is close enough to the monarch to be risking their place at court by intervening. Major, who became a mentor to princes William and Harry after their mother’s death, is the ex-PM closest to the royals. Dench, a companion of honour (one of the highest state awards) also connects to Charles through the RSC, of which he is figurehead and she a great alumna. Dimbleby is a friend and chronicler. This feels like a war against The Crown.

It would also fit with evidence that Charles III intends to be more reactive against media behaviour than his parents. Last year, after the revelation of the deceitful methods (faked bank statements, scare stories created to inflame Diana’s paranoia) used by Martin Bashir to secure the 1995 Panorama interview, the BBC director general Tim Davie agreed with Princes Charles and William that the full programme would never be screened again.

It will be fascinating to see if the king’s camp reacts to the seventh episode of season five – which dramatises Bashir’s duping of the princess – and the eighth, which features re-enacted extracts from Panorama, rendering the no-replay deal almost pointless. Buckingham Palace might leave any reaction over that to the BBC, though: any direct royal challenge to Netflix would prove complicated, given that Prince Harry’s deal with the streaming service means he is on the payroll.

The apparent change in palace tactics between reigns isn’t the only problem The Crown faces. In terms of historical authenticity, the series has always had a flaw at its core. Its source material – Morgan’s 2013 stage play The Audience – featured historical and living people (Elizabeth II and prime ministers from Churchill to Blair) but everything in it was invented. This was because the weekly audiences between the Queen and her PMs are never discussed. So Morgan had the protection that no participant could say the scenes hadn’t happened without revealing what really had.

Expanding his play into The Crown, Morgan ventured into events and speeches that could be checked against the public record. And, crucially, theatregoers, critics and lawyers understood that The Audience was an entertaining guess. In interviews, Morgan has suggested that everyone knows his show is a vast monarchical pantomime, but the visual realism of The Crown risks giving the impression it is reporting rather than performance.

From early on, the writer established a formula. Most episodes of The Crown intertwine two storylines. In previous series, Prince Andrew serving in the Falklands and Mark Thatcher going missing in a desert car rally; and Philip’s Greek refugee mother moving into Buckingham Palace while the fly-on-the wall documentary Royal Family is shooting. In reality, the twinned events may have occurred months or years apart but Morgan’s preferred structure demands an alternative universe in which events always arrive in twos.

In this run, the doubling down occurs most egregiously in the seventh episode, No Woman’s Land, which intercuts Bashir’s chasing of Diana with her pursuit of Khan. Morgan gives the BBC reporter a speech about the heritage he shares with the surgeon. The script flirts with suggestions that the princess had a “type” – or that Bashir tactically made himself as much like Diana’s paramour as possible – but it’s probably just Morgan doing his thing: making neat patterns on the spattered canvas of history.

In another questionable decision, the 1991 death from cancer of five-year-old Leonora Knatchbull is employed as a plot device to show her mother, Lady Romsey, becoming “close” to the Duke of Edinburgh when he comforts her. As the marriage of Charles and Diana unravelled in 1992, establishment grandee Lord McGregor of Durris complained of “journalists dabbling their fingers in the stuff of other people’s souls.” The Leonora Knatchbull sequence is one of several where Morgan might have better kept his hands off.

Between a few verbatim quotes – including, humiliatingly for Charles and Camilla, their notorious overheard phone call “Tampongate” – Morgan’s invented dialogue often consists of characters launching loaded metaphors at each other. When Philip suggests that the yacht Britannia may be “obsolete … past her best,” it echoes what Charles, colluding with Major, has been suggesting about his mother. But, lest we don’t get it, the Queen is given a line about the boat being “a sea-going expression of me”. In later episodes, as the BBC and the palace are at odds, John Birt jumps in to gloss: “The two institutions – Crown and BBC – are inextricably linked.” Lesley Manville’s Princess Margaret laments her own parallel with Diana: the spirited, sexy one that the dull Windsors can’t handle. As the Panorama interview approaches, Prince William’s history teacher’s explanation of the gunpowder plot of 1605 cuts to a shot of Bashir, identifying the BBC reporter as Guy Fawkes, although his pension from the corporation will have collected him more than a few pennies.

However, while Morgan’s approach has remained constant, the jeopardy was inevitably going to ramp up as the scripts approached periods that involve living participants with lawyers, and where viewers are more likely to be aware of the scripts’ elisions and inventions. Major’s intervention means that The Crown has faltered at the very first scene in which it depicted a living prime minister. (The reaction to season six of Tony Blair will be interesting, although Morgan has shown his hand in the 2006 movie, The Queen, in which Downing Street and Buckingham Palace clash after Diana’s death.) Certainly, if The Crown’s initial gamble was that those on screen were too dead or too royal to hit back, that protection now seems to be lessening. Having initially impressed with spectacular reconstructions, the show now literally features lengthy shots of spectacles: John Major, John Birt and Martin Bashir all have extended lingering looks through their eye-glasses – the glances, we suspect, a legally safer alternative to imagined dialogue that might risk defamation.

When I asked Netflix to discuss the questions raised in this piece with Morgan, the network replied that no one was available to speak, a formula, coincidentally or not, often used by governments on the wrong side of the public over an issue.

In six years, we have moved from a situation in which Netflix loved to talk about The Crown while the royal side kept silent to virtually the reverse. A franchise thought protected by the improbability of its subjects ever answering back may have miscalculated.

In its fifth season, The Crown becomes ever more a TV series with billionaire looks but miserly ethics. We will see if viewers remain willing to accept that bargain.

The Crown is on Netflix on 9 November.