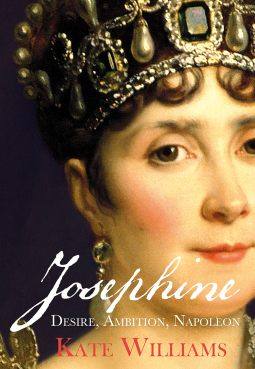 ...because you're short and fat and I'm having an affair
At a dinner in Paris in October 32-year-old widow, Josephine de Beauharnais, was seated next to Napoleon Bonaparte, an obscure Corsican soldier six years her junior.
He was short, fat, scruffy and rude, but when he met Josephine, he was instantly captivated. ‘It was love... his first passion and he felt it with all the vigour of his nature,’ said his friend, August de Marmont.
Josephine, a mother of two who had been living on her wits in revolutionary Paris for eight years, was less entranced. The prospect of marriage to a penniless soldier was hardly glittering. Her friends thought Napoleon a joke. Her daughter, Hortense, begged her not to marry him.
‘I find myself in a lukewarm state,’ Josephine wrote of her suitor. But she wasn’t overwhelmed with prospective husbands so the wedding, a sparse affair, went ahead.
The following day, Napoleon left for Italy without his wife, setting a pattern of painful partings and blissful reunions that would last throughout their marriage.
Nothing in Josephine’s earlier life had suggested that her destiny was to become an Empress
She was born in 1763 on the French colony of Martinique, the eldest child of a plantation-owning family, and named Marie-Josephe-Rose, shortened to Yeyette.
Unencumbered by education, Yeyette and her sisters ran wild with the house servants and slave children, sucking on the sugar-cane which would rot her teeth so badly that a spiteful observer later described them as looking like cloves. (The enigmatic, close-lipped smile seen in all her portraits was her way of concealing her frightful dentition.)
When Yeyette was 15, her Aunt Edmee wrote from Paris suggesting that one of the girls be sent over to marry her lover’s 17-year-old son, the Vicomte Alexandre de Beauharnais. When Yeyette arrived, her bridegroom was appalled by the plump, shy, unsophisticated girl with a thick Creole accent.
He married her anyway, and sired a son and a daughter, but swiftly returned to his married mistress and demanded a separation.
Yeyette - now Josephine - retreated to a fashionable Paris convent, where she learned the art of seduction; losing weight and softening her Creole accent to an attractive, husky murmur. She took a string of aristocratic lovers.
When Revolution came in 1789, Josephine restyled herself as Citizen Beauharnais, exchanging her silk gowns for muslin dresses. Her husband was guillotined and she was imprisoned, but on August 6, 1794, the day she was due to be executed, she was released. A year later she met Napoleon.
Napoleon adored his new wife, and wrote copious love letters (‘I would be so happy if I could help undress you... Kisses on your mouth, your eyelids, your shoulder, your breast, everywhere...’) but Josephine remained lukewarm and began a wildly indiscreet affair with a Hussar lieutenant, Hippolyte Charles.
Unluckily for her, letters revealing the affair fell into the hands of the British editor of the Morning Chronicle, which published them in November 1798. Having been defeated by Nelson at the Battle of the Nile, Napoleon’s humiliation was complete. The world knew he was a cuckold.
Josephine retreated to her country house at Malmaison while Napoleon raged about divorce and refused to see her, so she rounded up her children and the three of them stood weeping outside his door at five in the morning.
Napoleon relented: ‘I could not bear the sobs of those two children,’ he later declared. But the balance of power in the relationship had shifted. The scruffy little general was now First Consul of France and a national hero. Josephine was merely his consort, vulnerable both to the hordes of beautiful women who longed to seduce Napoleon.
Yet Napoleon could never resist her. ‘We were a very bourgeois couple,’ he wrote, ‘sharing a bedroom and a bed’ - a most unusual habit at the time. Even after Napoleon was crowned Emperor and divorced Josephine for her inability to produce an heir, the love story continued.
Over the years, Josephine’s lazy affection for her husband had bloomed into deep devotion. The day after the divorce, as she wept at Malmaison, Napoleon went to console her and the couple walked hand-in-hand in the rain.
Josephine’s attachment never wavered. His name was on her lips when she died in 1814, aged 51 (her maid said that she died of grief). And her name was the last that Bonaparte spoke on his own deathbed, in exile on St Helena seven years later.


Kate Williams’s entrancing biography of Josephine is a sparkling account of this most fallible and endearing of women. Lazy,  extravagant and not especially faithful, she was also kind, charming and possessed a quiet dignity. 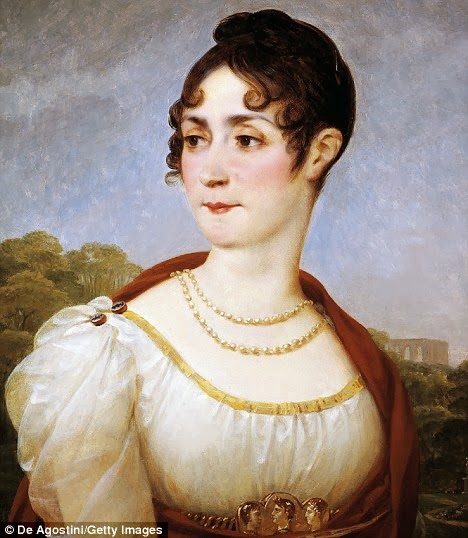 Josephine: Desire, Ambition, Napoleon, by Kate Williams, review
When it came to the battle of the sexes, Empress Josephine was in a league of her own, discovers Virginia Rounding
By Virginia Rounding7:00AM BST 26 Oct 2013 / http://www.telegraph.co.uk/culture/books/historybookreviews/10402795/Josephine-Desire-Ambition-Napoleon-by-Kate-Williams-review.html

In this new biography of the Empress Josephine, first wife of Napoleon Bonaparte, Kate Williams (whose previous biographical subjects have included Emma Hamilton and the young Queen Victoria) embarks on a whirlwind tour of French history. She covers the conditions of slaves in Martinique, the turmoil of the Revolution and subsequent Terror, and the rise, apotheosis and downfall of Napoleon, in just over 300 pages. If the breathless pace of the writing does not entirely lend itself to in-depth analysis, it does suit the heroine of the tale.
For Josephine, like Napoleon, leaves one somewhat breathless. As Williams summarises her existence, she was “a mistress, a courtesan, a Revolutionary heroine, a collector, a patron and an Empress… in the words of one of her friends, 'an actor, who could play all roles’.”
For all the tempestuousness of the relationship between Napoleon and Josephine, they were a supremely well-matched couple – not only physically (it was sexual love that really bound them together) but also in their daring, their self-invention, their attainment of dazzling success out of humble beginnings.
Williams has made extensive use of the voluminous correspondence of both of these larger-than-life characters, from which it is clear that part of their mutual fascination was indeed this similarity of character.
Born Marie Josèphe Rose (it was Napoleon who later chose to call her Josephine) in 1763, into the sugar-plantation-owning Tascher de la Pagerie family, Josephine was no natural beauty nor endowed with any obvious talents. Her education was desultory, and she appeared destined to stay on Martinique and marry another plantation-owner. But Josephine had other ideas, and opportunity presented itself in the shape of a young man three years her senior, Alexandre de Beauharnais, the son of her aunt’s lover.
This turned out to be a hopeless marriage, but it did get Josephine out of Martinique and into France and it produced two children (Eugène and Hortense). After the collapse of the marriage, it was in the unlikely environment of the Panthémant convent in Paris that Josephine refined the arts of seduction, having realised that the exploitation of her sexual allure represented her only real means of survival.
Williams describes the process: “She softened her voice and lost her accent, practised the art of whispered suggestion and developed a husky, slow tone of voice that became one of her chief attractions. She learnt to cover her mouth with her handkerchief when she laughed, to hide teeth ruined by too much sugar as a child. She lost weight and discovered how to enhance her rather clumsy figure with clinging dresses, shawls and perfect carriage.”
Enormously adaptable, as well as often fortunate (Robespierre’s timely fall saved her from the guillotine, whereas Alexandre de Beauharnais was executed in July 1794), Josephine survived the Revolution and embarked on a series of liaisons with influential men.
As Williams succinctly remarks, “Women pondered the nature of her attraction. Men saw it immediately. She made them think of the boudoir.” She met Napoleon in 1795; the conqueror was conquered, and they married early the following year. And while Napoleon set out to build his empire and dominate Europe, Josephine concentrated on amassing artworks and vast quantities of jewellery.
It was Josephine’s failure to give Napoleon a son that led inevitably to her downfall, Napoleon reluctantly divorcing her in 1810, with her agreement, in order to marry Archduchess Marie-Louise of Austria. Williams brings out the sense of sadness on both sides over this decision.
Despite his determination to procure an heir, Napoleon did not find it easy to abandon Josephine and insisted she continue to be known and honoured as empress even after the divorce, while she sympathised with his need for a son and thus with his action in divorcing her, even while lamenting her fate.
Josephine died of pneumonia in May 1814, at the age of 50. Napoleon, in exile in Elba, learnt of her death from a newspaper and locked himself away for two days, refusing to eat. His last words, on his own deathbed seven years later, were “France, armée, tête d’armée, Joséphine.”
Ironically, given her inability to provide Napoleon with a son, Josephine’s descendants were prominent in French society. They included the two sons of her daughter Hortense: one, legitimate, became the Emperor Napoleon III; the other, illegitimate, was the redoubtable Duc de Morny (referred to only briefly by Williams in her epilogue as “Charles Auguste… a successful Paris businessman”.)
Morny’s ornate tomb in Père Lachaise encapsulates so much about this time and the people who inhabited it, in all their showiness and ersatz splendour. One can’t help admiring their sheer audacity while at the same time finding them (to use a word Williams perhaps overuses) “incredible”.