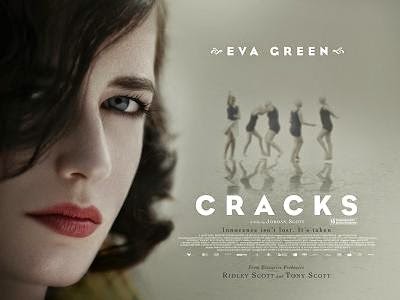 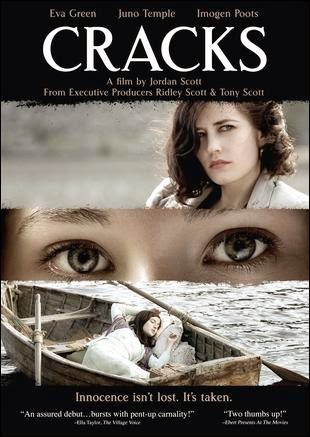 The film was produced in 2008, written for the screen by Caroline Ip, and Jordan Scott, based on the novel written by Sheila Kohler, directed by Jordan Scott and produced by Kwesi Dickson, Andrew Lowe, Julie Payne[disambiguation needed], Rosalie Swedlin and Christine Vachon. Ridley and Tony Scott serve as executive producers. The film was mostly filmed in .
Set in a strict elite British boarding school in the 1930s, the story centers on a clique of girls who idolize their enigmatic diving instructor, Miss G (Green) (in the film, we learn that Miss G had been a student at the same school where she now works and, in fact, may have even continued on at the school after she graduated). Di Radfield () has a crush on Miss G, and is the firm favourite and ringleader of her group. When a beautiful Spanish girl named Fiamma Coronna (Valverde) arrives at the school, Miss G's focus is shifted away from the other girls. It becomes a triangle: Miss G gets increasingly obsessed with Fiamma, Fiamma is disturbed by Miss G and also openly disgusted by the teacher's hypocrisies and deceptions, and Di is terribly jealous and makes Fiamma's life hell. In a very telling scene in the film that clearly highlighted Miss G's deceptions, Miss G (who claimed to be a world traveller to her "girls") goes to a nearby parochial town to buy some provisions. She is visibly upset by this trip and after buying her provisions and drawing the unwanted attention of some local louts, she returns to the school in, it would seem, a near panic. The bullying culminates in Di physically throwing Fiamma out of the school but, as she is unable to return to as she hoped, Fiamma ends up back at the school later that night.
When Fiamma is eventually found, the two girls make the first steps towards friendship, and at the following dorm party they all get a bit drunk, and Fiamma faints. Miss G takes her to her own room. Then Miss G kisses her and sexually assaults her while she is passed out; Di witnesses this through the room door, which was left ajar, and then flees.
The next morning, Fiamma is visibly upset, Miss G equally so as she runs around after her. Di is broody, and eventually tells the rest of her gang that Fiamma seduced Miss G. Fiamma presumably tells Miss G that she will report the molestation to the teachers, and horrified, Miss G realises her career will be over. She in turn manipulates Di's affection for her into anger. She says that Fiamma will make up lies about her molesting her (even though it was true) and plan to get her kicked out of school. Di absolutely refuses to allow this to happen. The confrontation between Di's gang and Fiamma turns ugly as Fiamma declines to answer Di's vicious questions and tries to explain what really happened, hinting at Miss G's lies and character defects. Fiamma runs into the forest as things become more violent, but the girls catch up with her and, under Di's leadership, beat her up with their fists and sticks. Fiamma starts to have an asthma attack, and the girls stop, terrified. They run to get help, and Di runs into Miss G (who had been watching the beating and the chase that ensued quietly and with no attempt to stop the beating), who says she'll stay with Fiamma, and directs Di to go get a teacher.
In the forest, Miss G, alone with Fiamma, refuses to give Fiamma her inhaler and calmly watches her die. Di returns just in time to see Miss G placing the inhaler in Fiamma's lifeless hand, and that's when she realizes the truth.
Later, Di tells the other girls what happened and, united, they confront Miss G. They are powerless officially, but they quit the swim team and symbolically turn in their sashes. The headmistress refuses to acknowledge the school's culpability, and seems only concerned with the school's reputation, but releases Miss G from her duties.
The final scene has Di leaving the school to explore the world, as both Fiamma and Miss G had spoken of doing, whilst Miss G, fired from the school, goes to the local village and finds a small room she can live in, presumably closing herself away for the rest of her life. In a scene that perhaps allows the viewer a better understanding of Miss G's very complex personality, we see her put her few personal possessions on her bedside table. She puts one item there and then quickly removes it to make room for another item. After that, she counts the items to make sure there are only five. The viewer is then reminded that when Fiamma arrived at the school, in the dorm room, Di had told her that only five personal items could be displayed on her night table at one time. The audience then realizes Miss G is as much a victim of the institutionalized setting she grew up in (she was perhaps like many of the girls at the school "dumped" there and basically forgotten about by her family) as Fiamma was her victim. 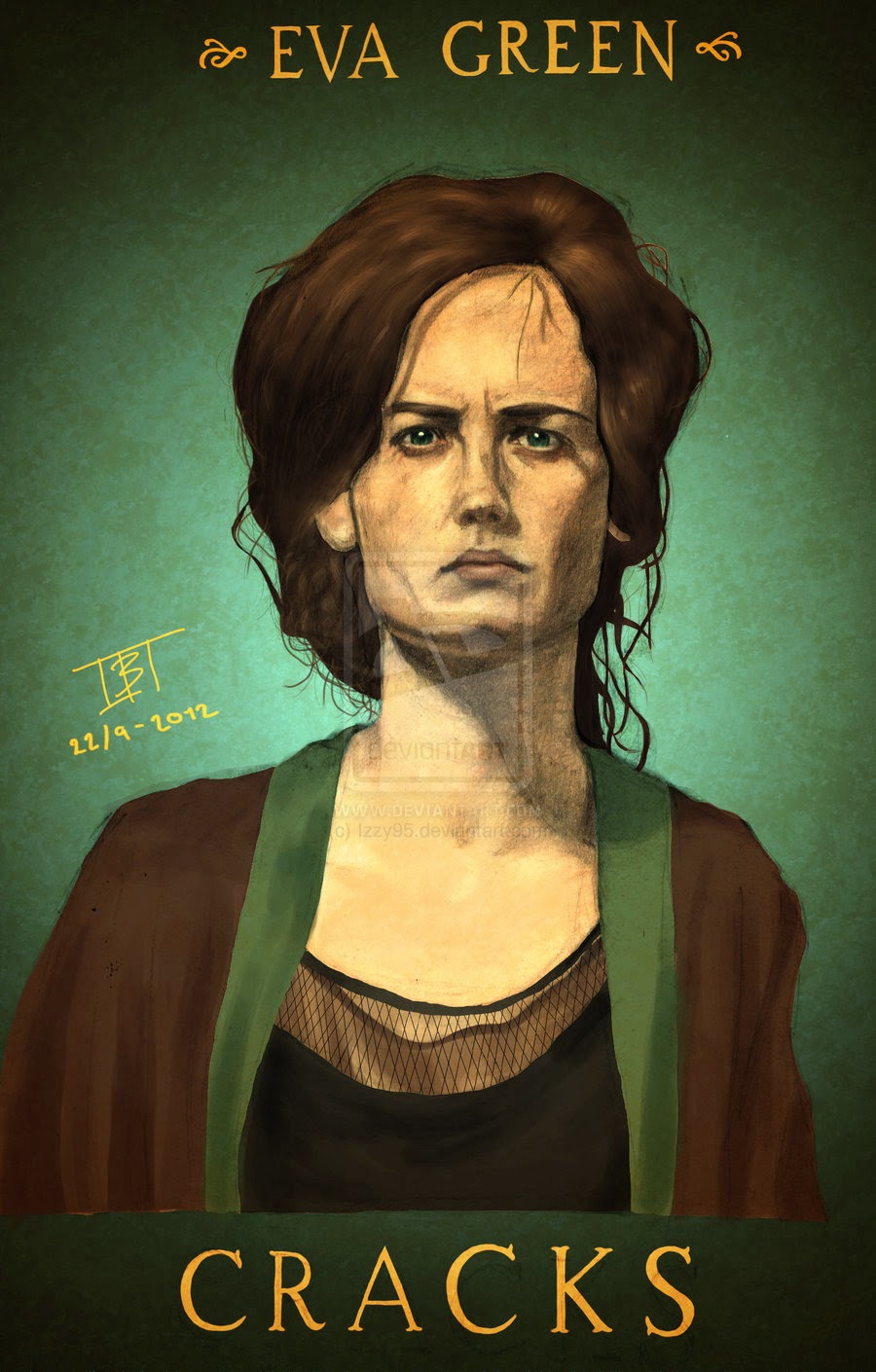 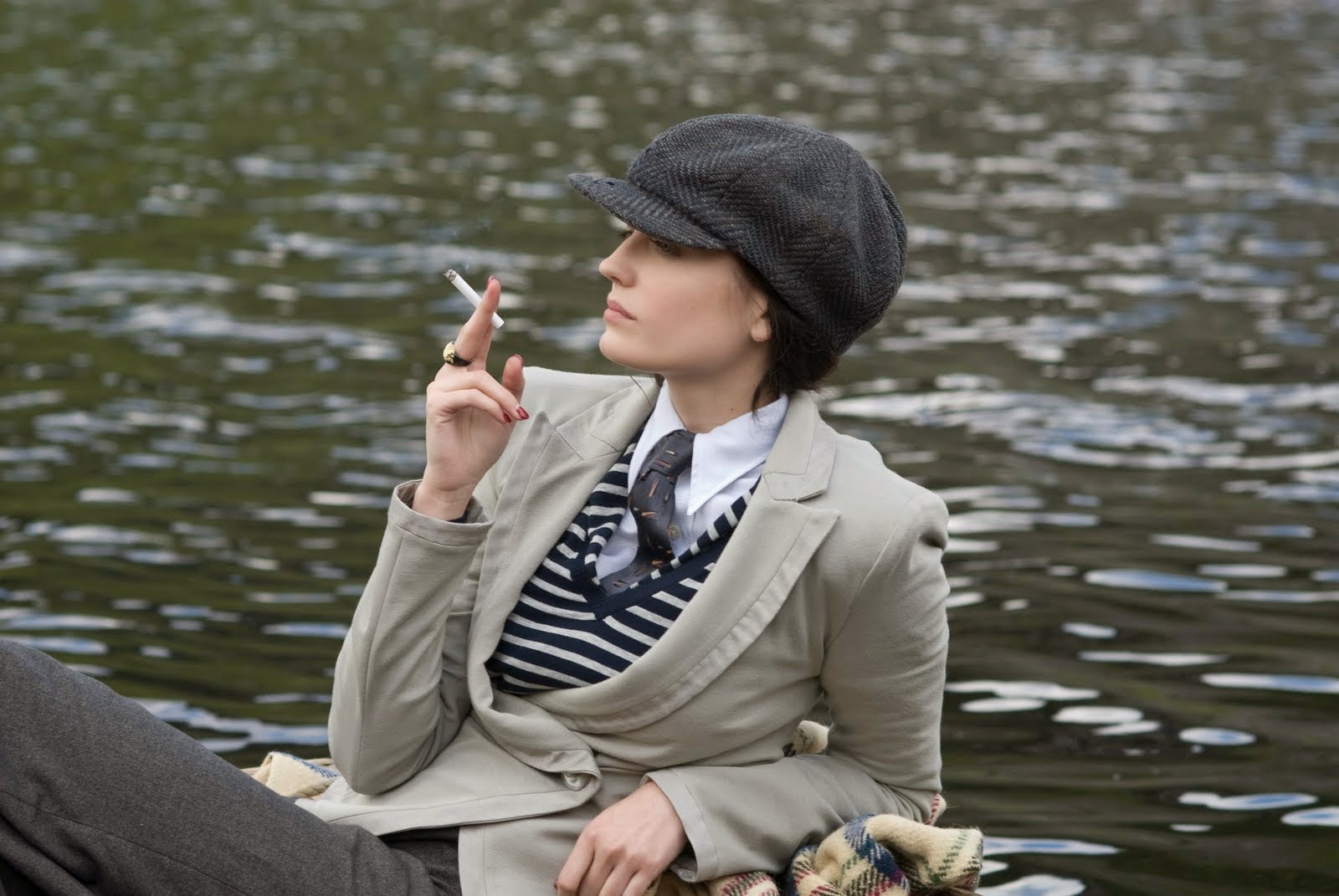 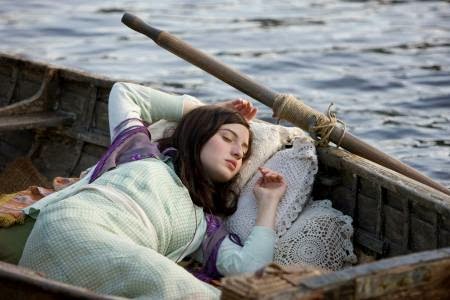 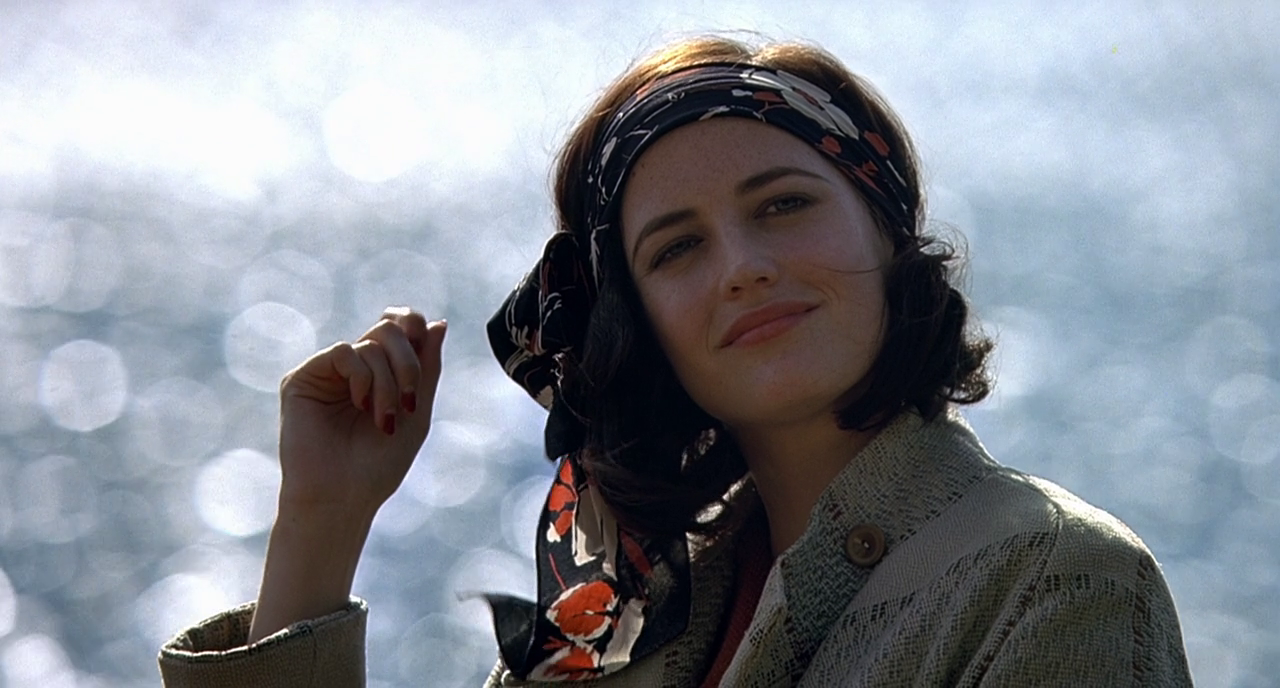 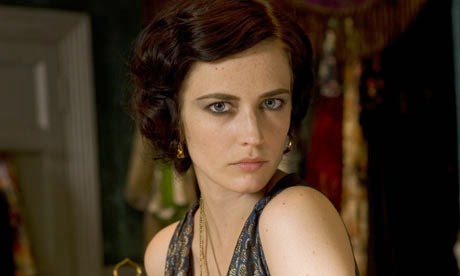 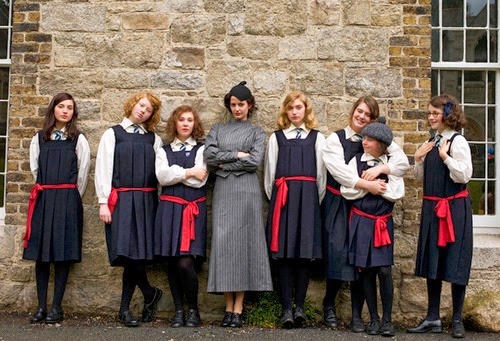 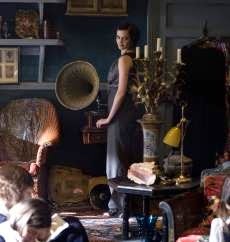 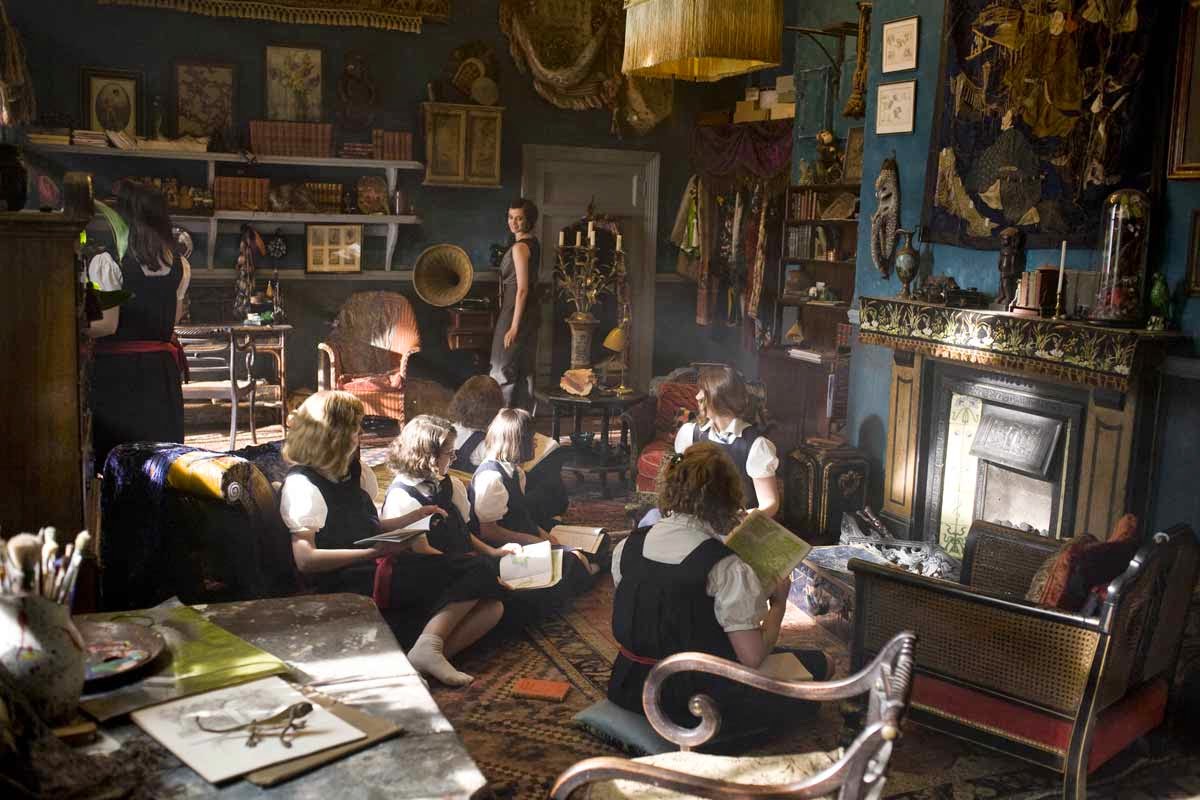 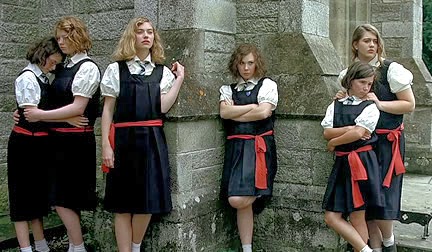