Downton to return for series five
10:22 - 23 JAN 2014
Downton Abbey - ITV
Ladies and Gentlemen, we're delighted to announce that Downton Abbey will be back for a phenomenal fifth series.

Audience figures for the fourth series have hit an average 11.8 million viewers – making it the highest rated drama on television in 2013.

Once again Julian Fellowes will be putting pen to paper as writer of the new series and will continue Executive Producing duties with Gareth Neame and Liz Trubridge.
We promise all the usual highs and lows, romance, drama and comedy played out by some of the most iconic characters on television.

All the actors and makers of the show continue to be humbled by the extraordinary audience response and want to take the show from strength to strength next year.
– Gareth Neame, Executive Producer
http://www.itv.com/downtonabbey/news/series-five-announced 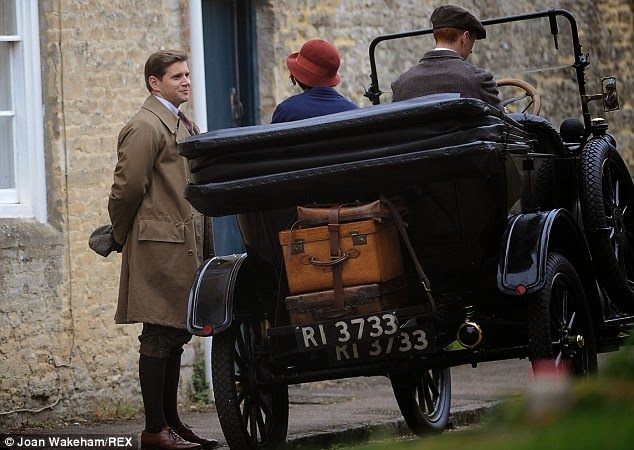 He was heartbroken when his wife, Lady Sybil (Jessica Brown Findlay) died in childbirth two years ago, but Tom Branson (Allen Leech) looks like he's formed a new strong bond in Downton Abbey.
The popular character could be seen paying governess, Sarah Bunting (Daisy Lewis) a visit as he filmed scenes for season five of Downton Abbey in Bamford, Oxfordshire on Friday.
With a couple of suitcases by her side, the Irishman helps her into a car, suggesting she might be going away for a while, but viewers will have to wait and see if they end up together. 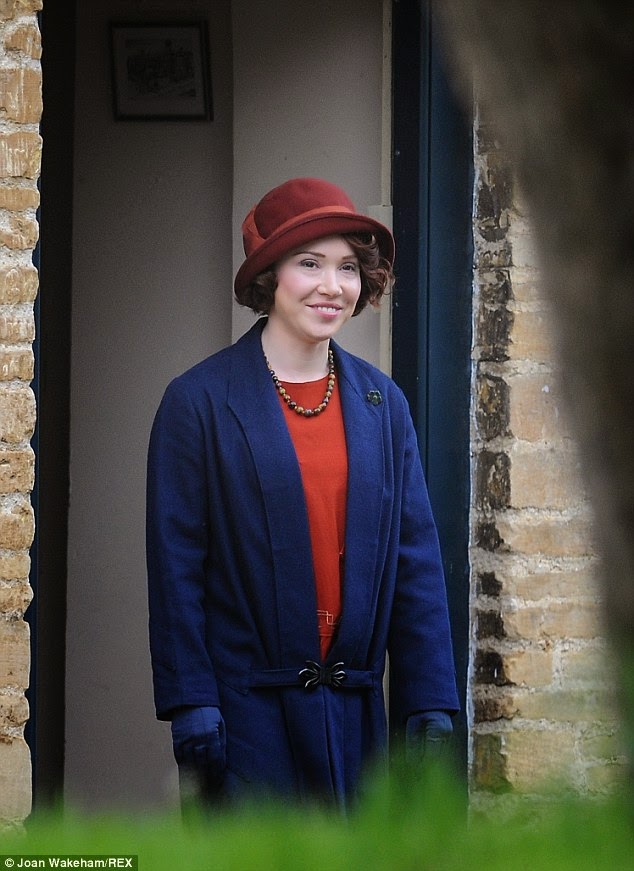 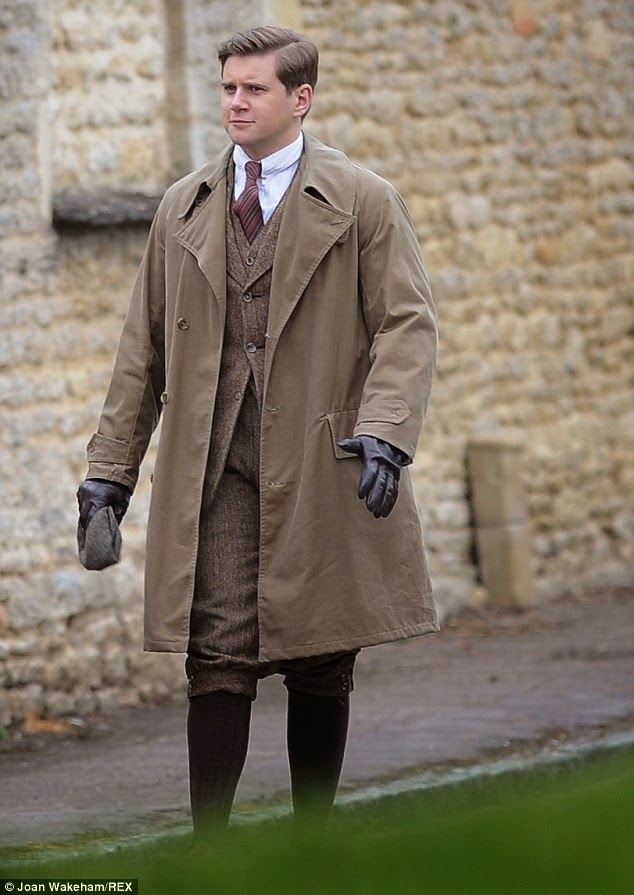 Tom had planned to travel to during the fourth season of the show but perhaps he will change his mind if a special someone persuades him to stay.
It's little wonder that Sarah has caught the former chaffeur's eye as she is pictured looking lovely in a blue coat, complete with orange dress during filming.
Accessorizing with a russet-coloured hat and a beaded necklace, Sarah smiles at the handsome chap, although she looks despondent as she prepares to get into the car.

Plot details for the new series, slated for an autumn return, are being kept under wraps, but Hugh Bonneville, (Lord Grantham) and Michelle Dockery (Lady Mary) have also been filming this week.
Rob James-Collier, (Thomas Barrow) will make a return and show favourite, Dame Maggie Smith was also seen back in costume as her character, Violet Crawley, the Dowager Countess of Grantham.
New faces on the show are expected, including Richard E. Grant, who will play Simon Bricker, an art historian who is a house guest of the family.

The character appears in four episodes later this year and threatens to ‘cause ructions’. Rade Serbedzija and Anna Chancellor are also expected to join the cast.
Fans of the show were thrilled when its creator Julian Fellowes revealed there would be a sixth series, after the fifth was widely thought to be the last. He told The Express:


'I have no plans to stop writing and while ratings are as high as they are I can’t see they wouldn’t commission another series. It’s just that they won’t confirm until the fifth series is televised.'