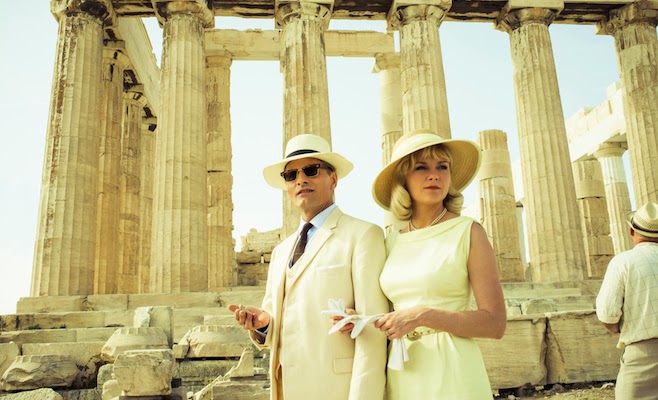 THEY say diamonds are a girl's best friend, but for an actress trying to get into a role, her best friend on set is often the costume designer. Kirsten Dunst was paired with Stephen Noble (responsible for the costumes in everything from Wuthering Heights to Trainspotting) for new movie The Two Faces of January - set predominantly in Greece in 1962 - and it was a marriage made in vintage heaven.

"It was a joy to work with all three actors, but I really bonded especially well with Kirsten in our first costume fitting at Elstree Studios," Noble told us. "I called in vintage clothes from around the world and made the fitting room look like a vintage Aladdin's cave, and we spent many hours trying on shapes and silhouettes and choosing fabrics. Most actors do have an input as well as the director as to how they see their character and they develop this over the prep time, and this of course includes discussions with me about what they think their character would and wouldn't wear."

"Stephen is meticulous, but it's also very effortless," Dunst said. "He's very good at making it not look costumey. It's a marriage between the costume designer and the actor getting it right together, because you know things about your body that they might not know right away, or colours that might look better. I love doing period films, I really do. It's just so much prettier! Especially in this movie, I feel like the wardrobe helped shape the character. I had this little wiggle because of the skirts."

The film's costumes - worn by the three leads: Dunst, Viggo Mortensen and Oscar Issac, as well as newcomer Daisy Bevan - feel authentic without in any way pulling focus, creating a backdrop to a film that doesn't just look like it's set in 1962, but is set in 1962: a feat that was not as effortless as it appears.

"I looked at films like La Dolce Vita, Plein Soleil, The Roman Spring of Mrs Stone, A Bout de Souffle and many other iconic films of the decade," Noble said. "Also, original ciné films of tourists on holiday and original fashion magazines of the era such as Vogue. Jean Seberg and Alain Delon were an inspiration. The designers I took inspiration from were Dior, Chanel, Nina Ricci, Lanvin, Pucci to name but a few. The clothes for the three main characters were all bespoke and the remaining 3,000 cast were a mixture of bespoke and vintage - either bought or hired from costume houses. A selection also came from my own personal studio collection." 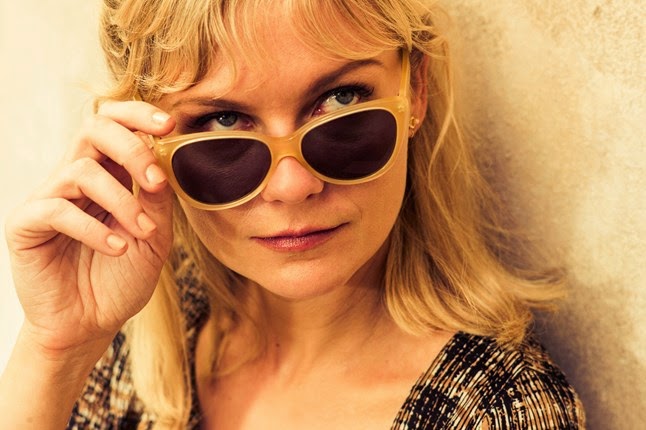 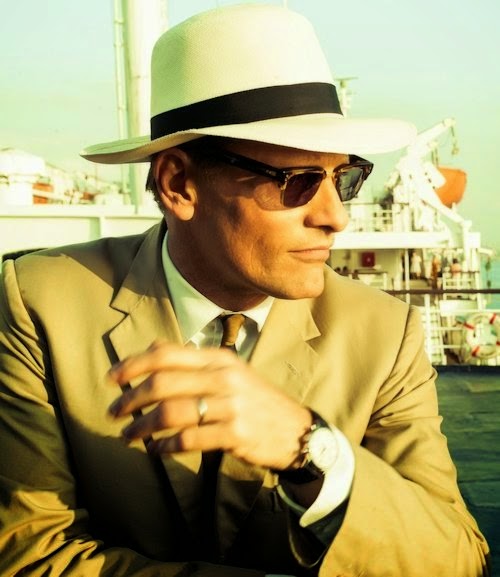 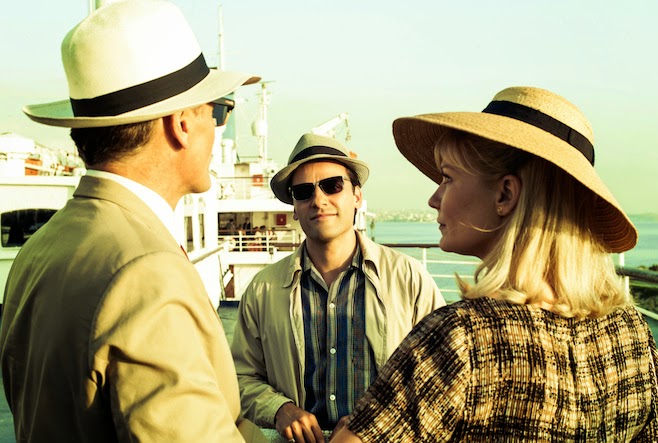 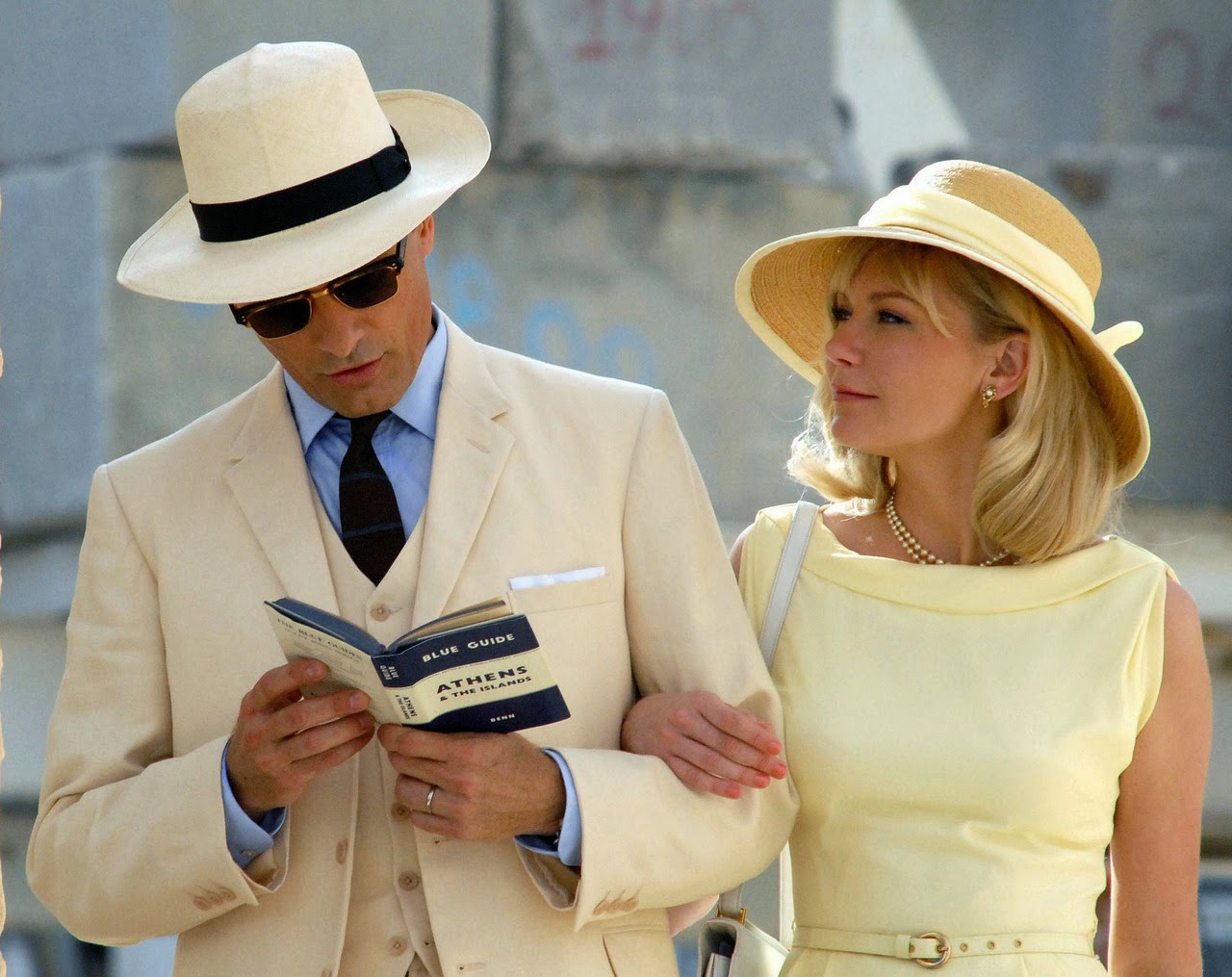 Flea markets, costume houses and custom made designs were used to dress the cast of The Two Faces of January… with a helping hand from Chanel.
By MARIE C
JUNE 19, 2014 / http://www.cinemazzi.com/the-two-faces-of-january-costume-designer-steven-noble-talks-60s-fashion/

It is difficult to imagine a more glamorous era in than the swinging sixties. Aristotle Onassis cruising the Athenian Riviera on his yacht, Jackie Kennedy by his side. Glitterati like Brigitte Bardot and Grace Kelly holidaying on the . Directors making movies like 1964′s Zorba the Greek starring Anthony Quinn. had it all.

“It was a very bohemian time,” says costume designer Steven Noble, who worked with director Hossein Amini on Mediterranean-filmed drama The Two Faces of January. “You sort of had the beginning of the hippies travelling as well, there was so much diversity going on. It was such an exciting period.”

It is amidst this golden age of travel that The Two Faces of January kicks off, atop the Acropolis no less. It is 1962, and (Viggo Mortensen) and Collette (Kirsten Dunst) are a sophisticated, stylish American couple touring for the summer. 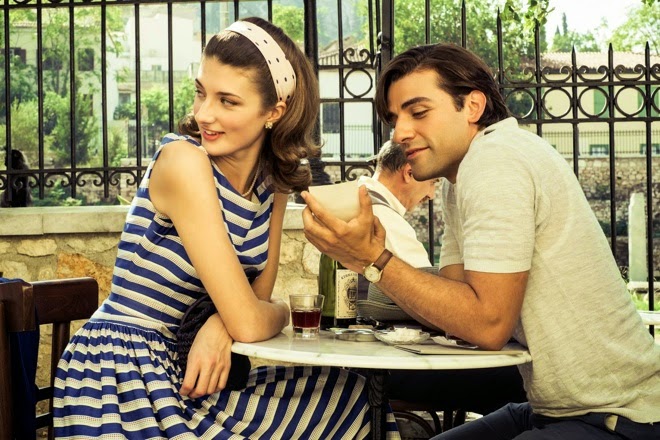 Alas, all is not as it seems. A chance encounter with a young American tour guide in called Rydal (played by Inside Llewyn Davis’ Oscar Isaac) will set in motion a tragic course of events. What follows is a slow but superb suspense thriller.

If it sounds a couple of degrees away from The Talented Mr Ripley, you’re on the right track. Both films are based on novels by American author Patricia Highsmith, whose first book was adapted into Alfred Hitchcock, no less, for Strangers on a Train in 1951.

As we’ve come to expect from Highsmith adaptations, costumes and art direction play an important role in the storytelling; here, it’s once again a wonderfully understated take on sixties elegance. Did Noble ever feel intimidated about following in the fashion footsteps of those revered films?

“I think that would have terrified me if I thought that,” he laughs. “I never really think that about any film I go into, you just try and do the best job you can, within the boundaries of what you’re allowed to be doing. I was almost left to do what I wanted.” 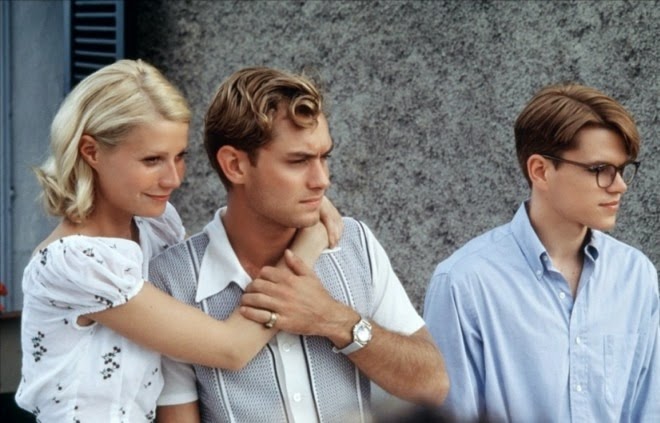 To that end, Noble absorbed himself “in all the films of that genre, from the late 50s to early mid 60s”, re-acquainting himself with European classics like La Dolce Vita by Federico Fellini, Plein Soleil (France’s 1960 crack at adapting The Talented Mr Ripley), The Roman Spring of Mrs Stone (the 1961 version starring Vivien Leigh and Warren Beatty) and Jean-Luc Godard’s A Bout de Souffle.

Noble estimates that of the 3000 outfits used in the film, around 80 per cent were vintage, sourced mainly from secondhand shops, flea markets and costume houses like Angels and Movietone in . However, having to dress up to 300 extras in the background sometimes necessitated looking further afield – especially since Noble and his team were meticulous in their attention to detail.

As Mortensen notes, “a lot of times, even in big movies, people in the deep background might not always be dressed appropriately in terms of the quality of the costume or the period. Or their wigs will be kind of crooked. There’s just not as much care taken. With this movie, every single person in the background or that we walk past, whether it was in or the Grand Bazaar, looked right. It makes you feel like you’re there.”
“I like to visit the costume houses where we’re actually filming,” admits Noble. “If we were filming in , it would only be right to source some of the costumes from there for more of an authentic look. So there were bits and pieces from costume houses in and too. And then also, luckily, you go ahead of time before you start filming and scour all the local flea markets and vintage shops and pick up some pieces as well to mix in. It was a very eclectic amalgamation of things from everywhere, all around the world.”

For Rydal, Noble dressed Isaac in as many Greek labels from the period as he could find, to reflect someone who had been living in for two years.

Still, director Hossein Amini and Noble were both keen that The Two Faces Of January never feel like a stuffy period piece.

“Obviously we wanted the period to come through…to have the essence of says Noble. “But we also wanted to make it contemporary so it would look fresh and more exciting rather than some old foisty costume drama.” 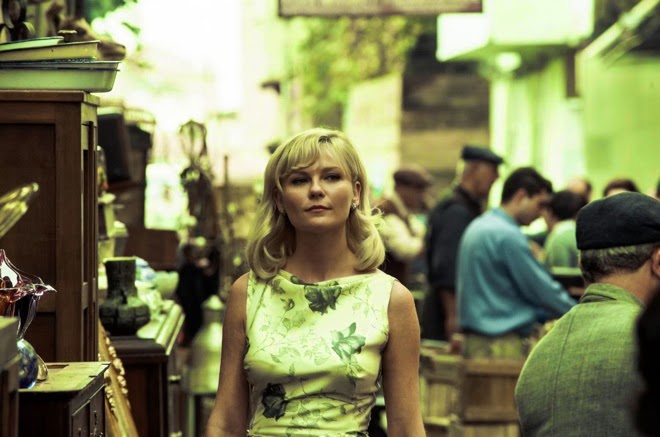 As such, while Dunst’s smart daywear is predominantly bespoke costuming, designed using digital reprints of original fabrics, her accessories (e.g. hats and gloves) are minimal for a woman of her standing – Noble’s contemporary nod.

It is this attention to detail through a contemporary costume lens that really carries the entire film. It is no accident, for example, that in the opening scene ’s cream linen suit and Colette’s pale lemon dress complement the cool marble of the Parthenon steps.

“It just felt right they shouldn’t pop from their surroundings,” says Noble. “A normal design you’d think, let’s try to put them in a completely different colour to what the background was. But (considering) what colour the stone was, what the light was like… it felt so right to keep it in that palette.”

Indeed, that one cream linen suit of ’s is practically a character of its own, requiring a lot of “metamorphic” changes from Noble to get it just so.

“I slightly backdated it to start off with, and gave it a half belt, 40s/50s silhouette and slightly bigger shoulder and slightly wider trouser,” says Noble. “And once I’d toiled it and seen it, it felt completely wrong. This was a modern man from , so we decided he would visit his tailor with his fabric and his pattern and have it made up in different fabrics.”

Of course, it is Colette who steals the show with her fabulous slimline wardrobe. Gone are the big petticoats of the 50s and in their place hang slimmer hemlines just below the knee.

“We chatted on the phone to see what colours we liked, I called in lots of original garments and fabrics from all over the world and made it an Aladdin’s Cave, a vintage emporium, and we spent a couple of days trying different silhouettes on and taking it from there,” says Noble. “We had a really good laugh, it was really good fun.”

All of Kirsten’s accessories were also based on original designs – including the stunning pearls Colette wears out for dinner, which were loaned by Chanel. (Luckily, says Noble, Chanel had just launched a classic collection based on late 20s, early 30s designs.)

“I always try and read the novel (of the adaptation),” says Noble, who has designed or assisted on previous book adaptations such as Wuthering Heights, Never Let Me Go, The Beach and Bridget Jones Diary. “There’s always something in the book, even if it’s just one line, that can take you on a whole journey.”

Such as those infamous “enormous panties” Bridget Jones wears in the original film??

“Well yes, those were clearly written in the book,” he says, chuckling, “those iconic pants. That required a lot of sourcing of big pants. And trying on.”

Alas, he is gone before I can find out which ones were eventually cast. 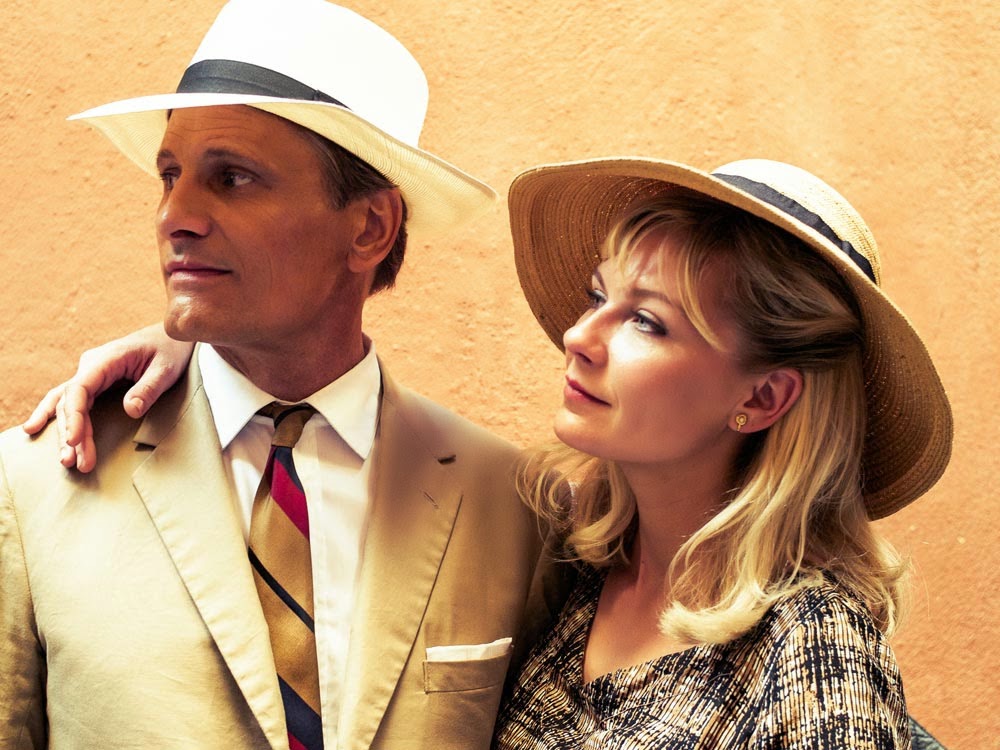 Costume Designer: A costume designer is a person who designs costumes for a film or stage production. The role of the costume designer is to create the characters and balance the scenes with texture and color, etc.The costume designer works alongside the director, scenic, lighting designer, sound designer, and other creative personnel. The costume designer may also collaborate with hair stylist, wig master, or makeup artist. In European theatre, the role is different, as the theatre designer usually designs both costume and scenic elements.
Read more at http://www.comicbookmovie.com/fansites/robertgarlenoncmb/news/?a=95452#ymwJTCTrFALgzd6u.99