A white émigré was a Russian subject who emigrated from Imperial Russia in the wake of the Russian Revolution and Russian Civil War, and who was in opposition to the contemporary Russian political climate. Many white émigrés were participants in the White movement or supported it, although the term is often broadly applied to anyone who may have left the country due to the change in regimes.


Some white émigrés, like Mensheviks and Socialist-Revolutionaries, were opposed to the Bolsheviks but had not directly supported the White movement; some were just apolitical. The term is also applied to the descendants of those who left and still retain a Russian Orthodox Christian identity while living abroad.

The term is most commonly used in France, the United States, and the United Kingdom. A term preferred by the émigrés themselves was first-wave émigré (Russian: эмигрант первой волны, emigrant pervoy volny), "Russian émigrés" (Russian: русская эмиграция, russkaya emigratsiya) or "Russian military émigrés" (Russian: русская военная эмиграция, russkaya voyennaya emigratsiya) if they participated in the White movement. In the Soviet Union, white émigré generally had negative connotations. Since the end of the 1980s, the term "first-wave émigré" has become more common in Russia. In Japan, "White Russian" term is most commonly used for white émigrés even if they are not all Russians.

Most white émigrés left Russia from 1917 to 1920 (estimates vary between 900,000 and 2 million), although some managed to leave during the 1920s and 1930s or were expelled by the Soviet government (such as, for example, Aleksandr Solzhenitsyn and Ivan Ilyin). They spanned all classes and included military soldiers and officers, Cossacks, intellectuals of various professions, dispossessed businessmen and landowners, as well as officials of the Russian Imperial government and various anti-Bolshevik governments of the Russian Civil War period. They were not only ethnic Russians but belonged to other ethnic groups as well. 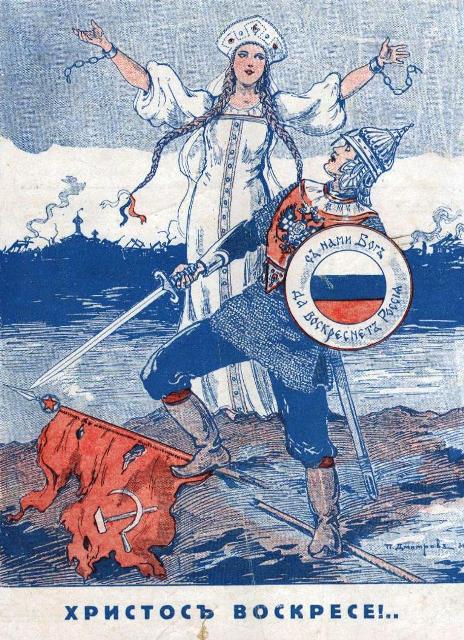 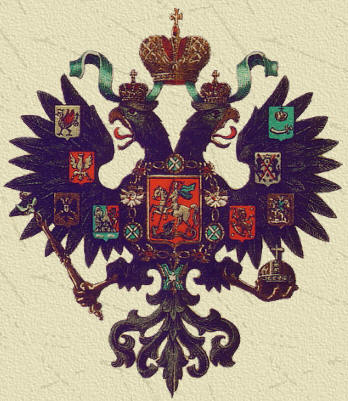 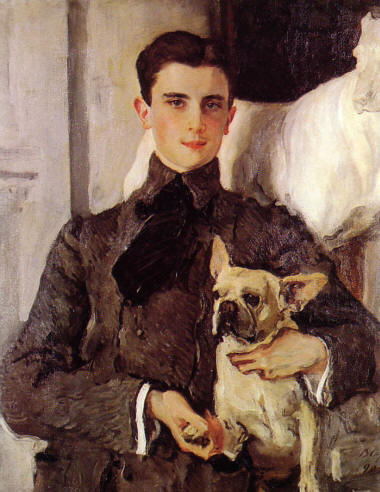 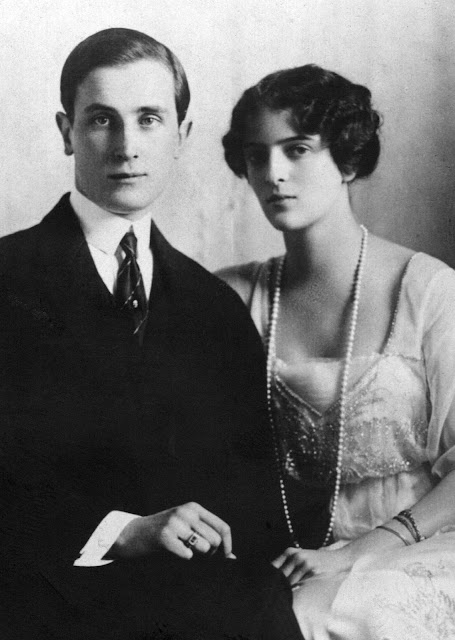 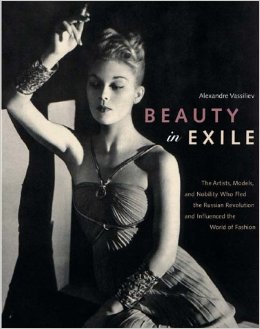 Beauty in Exile: The Artists, Models, and Nobility who Fled the Russian Revolution and Influenced the World of Fashion
by Alexandre Vassiliev

This book covers the now vanished world of Russian exiles from the Revolution till the 1950-60's. It covers such areas as the influence of the Ballets Russies in Paris prior to the revolution, the clothes the exiles bought with themselves, and the importance of the Kokoshnik to Russian fashion design.
We are also given the history of the now vanished Russian émigré communities in Constantinople in Turkey, Berlin in Germany and Harbin in China, with a smaller amount of discussion of the communities in Paris and London.
London and Paris mostly get discussed in context with fashion, as many émigrés, both noble and poor made a living in the various parts of the fashion industry in exile. There is a whole chapter devoted to the house of Kitmr with its exquisite embroideries and beading, which was run by Grand Duchess Marie Pavlovna the younger in the 1920's.
The author has also unearthed other Russian émigré fashion houses which were well known and respected in the 1920's but are mostly forgotten now, houses such as Anely, Mode, Paul Caret, Tao, Yteb and Irfe which was run by the Youssoupoff family.
The majority of the book concentrates on fashion, but there is also discussion of the theatre, cafe's and other craft oriented activities which the Russian communities produced, especially in the 1920's. Many years of painstaking research as been conducted by the author to reconstruct this lost world. The book is full of black and white photos, which I imagine would not have been easy to find. However, if you are looking for nice colour photos of Russian costume, you will not find it here, but if you are trying to find something out on the background on émigré communities or the Russian fashion industry in the 1920's this book will be the standard work for many years to come. 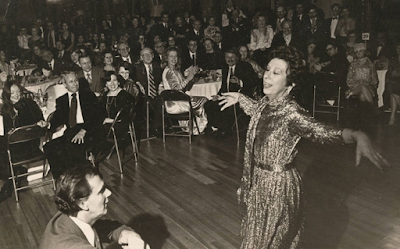 These days fashion trends typically make their way to Russia from Europe, but a century ago Russian designers were dressing the chic and fashionable on both sides of the Atlantic.

Every year, from January onwards, the world of fashion fixes its attention on what is happening on catwalks and behind the scenes at Fashion Weeks across the world. Industry professionals, lovers of beauty and glamor, and it-girls from all over the world put New York, London, Milan and Paris into their diaries.

One event unlikely to feature on their itineraries, however, is Moscow Fashion Week, which is not that well known even among fashion industry professionals. Although the Russian couturiers of today lack the high profile enjoyed by the giants of France and Italy, at one time Russian designers dressed fashionable people on both sides of the Atlantic.

The history of Russian "expansion" into the foreign fashion market began with the break-up of the Russian Empire following the revolution of 1917. Hundreds of members of the Russian aristocracy found themselves making a new life abroad as refugees.

Most of the women among them had brilliant education as well as fine manners and impeccable taste. Moreover, as young girls they were all taught embroidery and needlework.

The Paris magazine Illustrated Russia wrote about them at the time: "A Russian émigré lady has shyly entered this city. There was a time when her mother and grandmother ordered their dresses from Worth and Poiret, but this young Russian woman has just escaped from the hell of the revolution and civil war! She has arrived in the capital of female elegance and knocked on the doors of a luxury maison de haute couture. And the massive doors opened to let her in and she has captured everyone's heart…"

The Russian Revolution created ripples even in the world of fashion. Chic women in Europe began to wear styles à la russe: kokoshniks (headdresses), furs and boyar (aristocratic) collars. Collections featuring these elements were presented in the 1920s by Paul Poiret, Coco Chanel and many others.

Russian émigré women, who had been trained in delicate needlework since childhood, found themselves in great demand. Duchesses and countesses began to produce embroidered accessories, costume jewelry, embroidered fabrics, clothes and interior design items in the Slavonic style.

Russian aristocrats mainly specialized in embroidery work and did it so well that they began to receive orders from leading fashion houses. The most successful of them all was Grand Duchess Maria Pavlovna, who set up an embroidery workshop called Kitmir and signed an exclusive contract with Chanel to design and manufacture embroidery.

All in all, Russian aristocrats founded over 20 fashion houses. Maria Putyatina set up a hat firm called Shapka (“hat” in Russian), which became so successful that it soon branched into London.

The parents of one of the founders of modern U.S. fashion, Ralph Lauren, came to America with their parents from Russia in the 1920s. Until he turned 16, the legendary fashion businessman was known under his father's surname, Livshits.

Having started out selling neckties that "looked expensive but cost little to make" from an office without windows, Ralph Lauren now runs a fashion empire of his own and is a regular fixture at New York Fashion Week.

Though a Polish businessman of Jewish origin, he too was born in the Russian Empire, of which eastern Poland was then part.

He opened his first cosmetics store in Ryazan, and later worked in Odessa and Nikolayev. Today one of the stars on the Hollywood Walk of Fame bears his name.

Another incredible success story took place in Italy, where Irina Borisovna Golitsina, a girl from a titled family of first-wave émigrés, brought up in Russian aristocratic traditions, became a principessa of the Italian fashion world.

Her fashion house, Galitzine, was on a par with the houses of such established masters as Gianni Versace, John Galliano and Yves Saint Laurent. It was she who in 1963 designed the famous "palazzo pajamas", silk pajama sets that were chic enough to be worn as eveningwear.

A special place among successful Russian fashion houses abroad belonged to IRFE (the acronym stood for the initials of its founders, Irina and Felix Yusupov). Princess Irina, nee Romanov, was a niece of Tsar Nicholas II and a favorite granddaughter of Alexander III.

Her husband, Prince Felix Yusupov, famous for his involvement in the assassination of Rasputin in 1916, belonged to one of Russia's oldest and richest noble families.

All the splendor and sophistication of their background was reflected in the models they created.

Delighted by the house's first collection, a review in the French edition of Vogue magazine said: "This is a collection which is at the same time a selection because it does not have a single model that does not work."

The aristocratic nature and flavor of the brand brought it enormous success and IRFE opened branches in Normandy, Berlin and London.

In addition, it released a revolutionary line of perfumes: Blonde for blonde women, Brunette for dark-haired women, Titiane for redheads, and Grey Silver, for elderly ladies - all in limited edition.

The same fate awaited the majority of Russian fashion houses in Paris. Smart and sophisticated but lacking in business acumen, Russian aristocrats created beautiful pieces but were unable to fight for their place under the sun.

However, the story has a silver lining: In 2006 a Paris-born Russian, Olga Sorokina, revived the brand IRFE, which is now available in more than 20 countries of the world and has already presented its 2014 spring and summer collection at Paris Fashion Week. 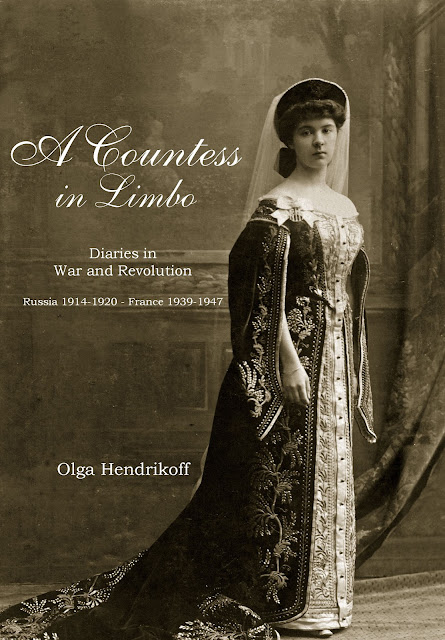 Countess Olga “Lala” Hendrikoff was born into the Russian aristocracy, serving as a lady -in- waiting to the Empresses and enjoying a life of great privilege. But on the eve of her wedding in 1914 came the first rumours ofan impending war – a war that would change her life forever and force her to flee her country as a stateless person, with no country to call home.
Spanning two of the most turbulent times in modern history- World War I in Russia and World War II in Paris- Countess Hendrikoff’s journals demonstrate the uncertainty, horror and hope of daily life in the midst of turmoil. Her razor-sharp insight, wit and sense of humour create a fascinating eyewitness account of the Russian Revolution and the Occupation and Liberation of Paris.
In “A Countess In Limbo”, Countess Hendrikoff tells her remarkable true story that includes the loss of her brother in the Russian Gulag, her sister-in-law, Anastasia Hendrikoff, murdered with the Russian Imperial family and herself being robbed at gunpoint and accused of being a spy by the Nazis. She also speaks of the daily life that continues during wartime - ration cards and food restrictions, the black market, and the struggle to just get by for another day. Her gripping story and thoughtful analysis provide an invaluable look at life and humanity in the face of war.
http://russiannobility.org/en/members-in-the-news/
Publicada por Jeeves em 01:55