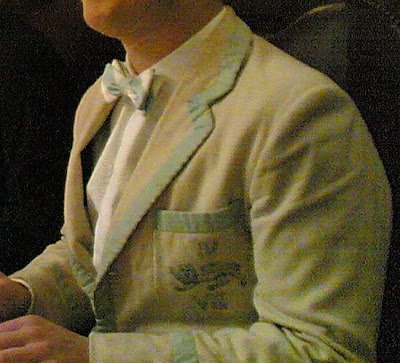 The sartorial term blazer originated with the red 'blazers' of the Lady Margaret Boat Club (1825), the rowing club of St. John's College, Cambridge. The Lady Margaret club jackets were termed blazers because of the bright red cloth; the term survived the original red coat. A writer to the London Daily News (22 Aug 1889) commented that "In your article of to-day‥you speak of ‘a striped red and black blazer’, ‘the blazer’, also of ‘the pale toned’ ones.‥ A blazer is the red flannel boating jacket worn by the Lady Margaret, St. John's College, Cambridge, Boat Club. When I was at Cambridge it meant that and nothing else. It seems from your article that a blazer now means a coloured flannel jacket, whether for cricket, tennis, boating, or seaside wear.""
These early blazers were like later sports jackets, but this term has never referred to blazers, instead describing jackets derived from the later innovation of wearing odd jackets for land-based sports. Assertions that the name is derived from HMS Blazer are not borne out by contemporary sources, although it is reported that before the standardisation of uniform in the Royal Navy, the crew of HMS Blazer wore "striped blue and white jackets", apparently in response to the sailors of HMS Harlequin being turned out in harlequin suits. As late as 1845 the gig's crew of HMS Blazer were dressed by their Captain in jackets of blue and white stripes and it is from this that the word "Blazer", meaning a striped jacket, has crept into the language.
The reefer jacket was of naval origin, and described the short double breasted jacket worn by sailors in harsh weather, when they perform duties such as reefing the sails. It is descendants of this which are now commonly described by the term blazer. Originally with black horn buttons, these jackets evolved to the modern dark blazer, now single as well as double breasted, and with metallic buttons. 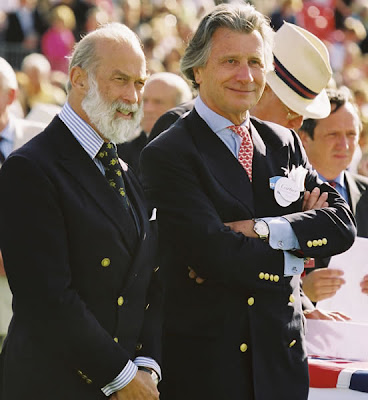 Where the blazer is part of the dress of a school, college, sports club, or armed service veterans' association, it is normal for a badge to be sewn to the breast pocket. In schools, this may vary according to the student's standing in the school; whether a member of the junior or senior school, being a prefect or having been awarded colours, in recognition of particular achievement in some academic or sporting field. In the Commonwealth, many regimental associations (veterans' organisations) wear 'regimental blazers' which also sport a similar badge on the breast pocket, usually in the form of a wire badge, and sometimes also regimental blazer buttons. In the British army officers do not normally wear badges on their blazers (or boating jackets). Any two regimental blazers will very rarely be the same, as they are made up from different civilian sources and are not issued by any authority. This has come to be representative of the fact that the members of the association are now civilians, but retain the bond that the badge represents. The standard colour is navy blue, although in some associations different colours are worn, such as rifle green for the associations of rifle regiments.
Blazers, once commonly worn playing or attending traditional 'gentlemen's sports', persist in only some games now, such as occasional use by tennis players, or cricket, where in professional matches, such as international test matches, it is considered customary for the captain to wear a blazer with the team's logo or national coat of arms on the breast pocket, at least during the coin toss at the beginning of the match. 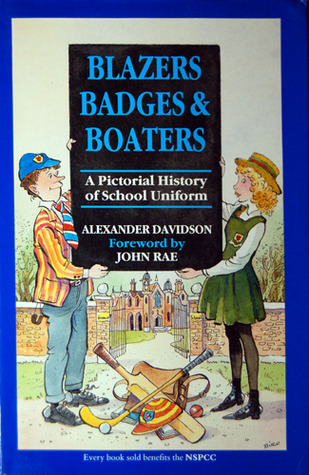 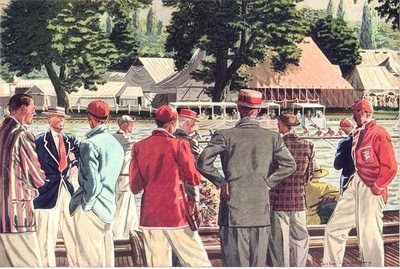 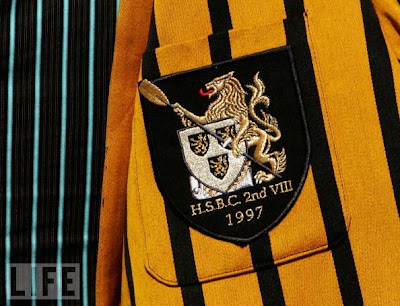 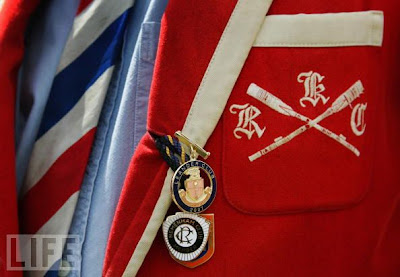 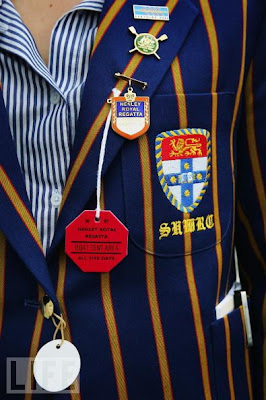 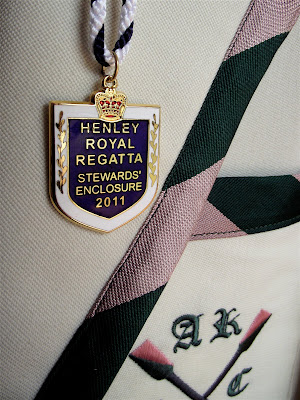 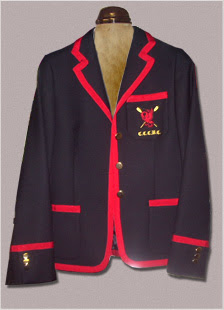 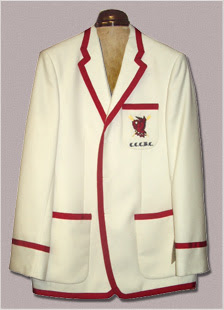 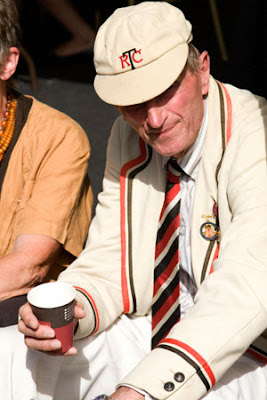 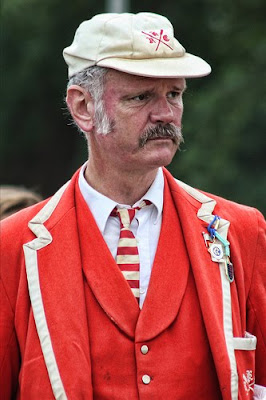 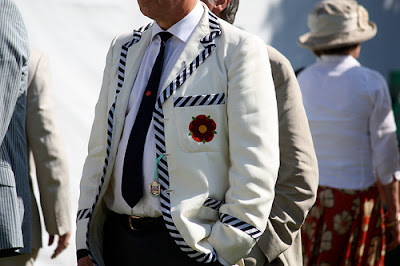 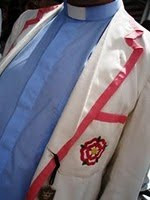 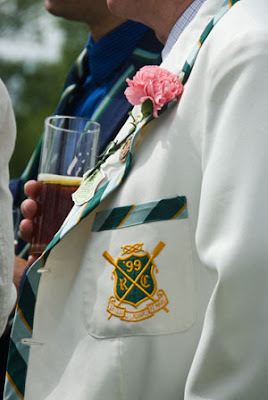 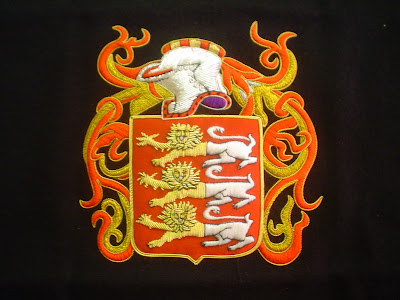 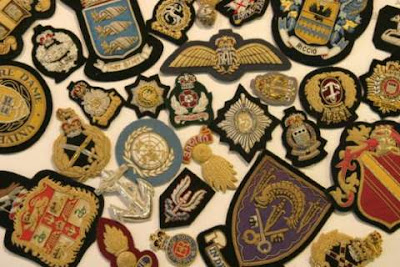 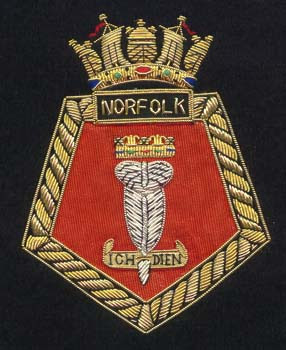 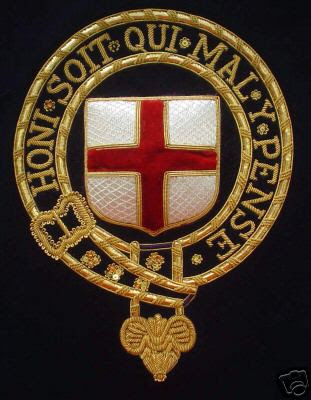 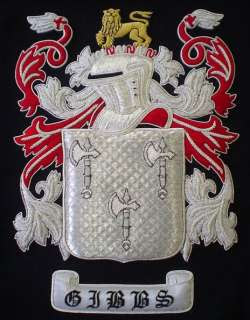 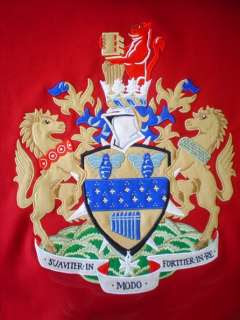 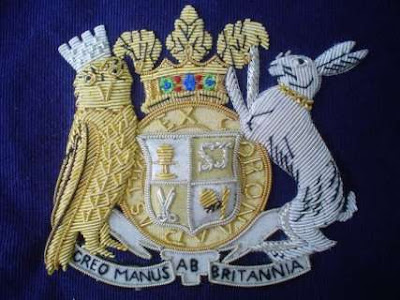