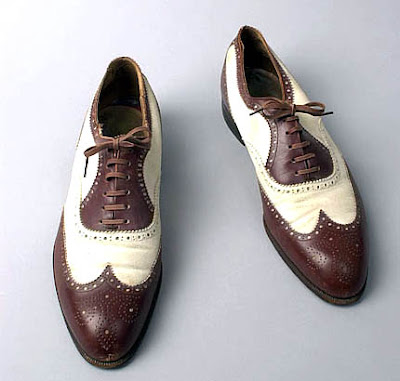 The spectator shoe (British English: co-respondent shoe) is a style of low-heeled, oxford, semi-brogue or full brogue constructed from two contrasting colors, typically having the toe and heel cap and sometimes the lace panels in a darker color than the main body of the shoe.[1][2][3] This style of shoe dates from the nineteenth century but reached the height of popularity during the 1920s and 1930s.

Common color combinations include a white shoe body with black, brown or tan toe and heel caps, but other colors can be used. The spectator is typically an all leather shoe, but can be constructed using a canvas, mesh or suede body. The spectator was originally constructed of willow calf leather and white buck or reverse calf suede. The white portion was sometimes made from a mesh material, for better ventilation in hot weather.

The saddle shoe, another style of two-tone oxford shoe, can be distinguished from the spectator shoe by noting the saddle shoe's plain toe and distinctive, saddle-shaped decorative panel placed mid foot.

John Lobb, the famous English footwear maker, claimed to have designed the first spectator shoe as a cricket shoe in 1868.


In the 1920s and 1930s in England, this style was considered too flamboyant for a gentleman, and therefore was called a tasteless style. Because the style was popular among lounge lizards and cads, who were sometimes associated with divorce cases, a nickname for the style was co-respondent shoe, a pun on the colour arrangement on the shoe, and the legal description of a third party caught in flagrante delicto with the guilty party in a case of adultery. Wallis Simpson was famed for wearing this style, although it was said that she was an adulteress and that it was Edward VIII who acted the part of co-respondent. 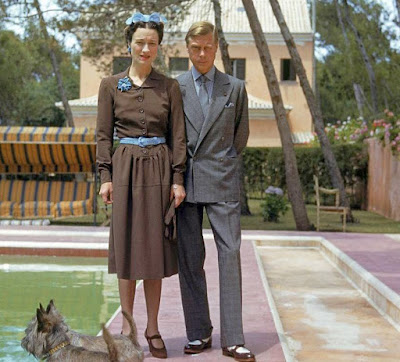 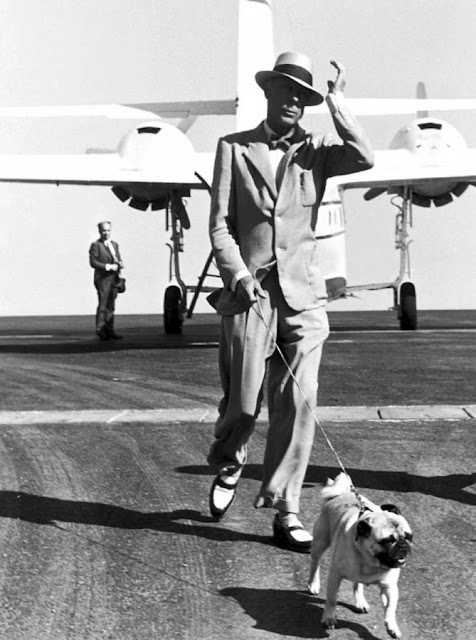 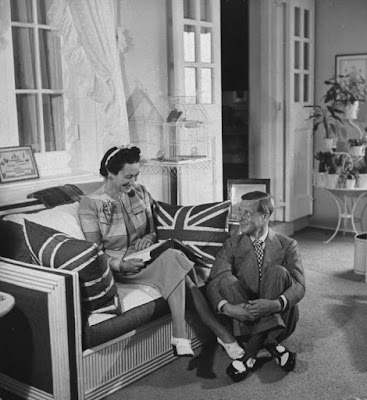 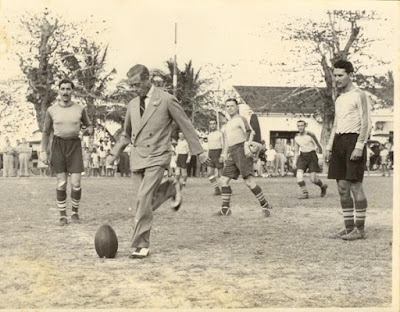