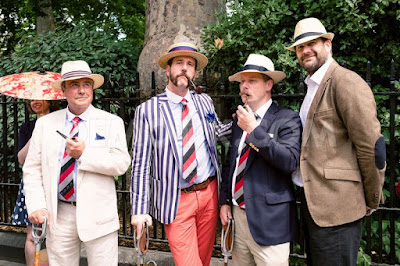 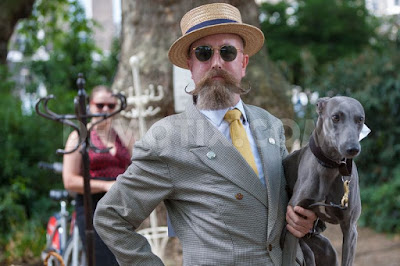 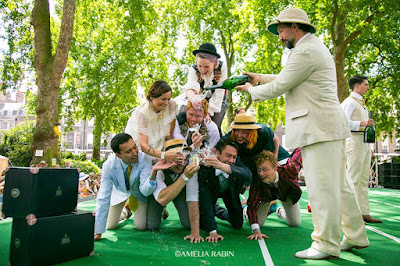 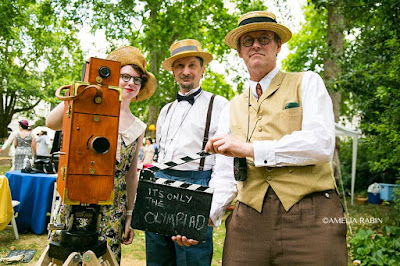 Another splendid day on the Field of Pleasant Dreams took place on Saturday 11th July 2015 in Bedford Square Gardens, London.

Some 1500 Chaps and Chapettes sauntered to this leafy Bloomsbury square at midday, clad in their finest non-sporting raiment, to take part in sports designed to complement, rather than insult, their immaculate clothing.

New events this year included Aunt Avoidance, in which contestants had to get past a wall of aunts intent on impeding their progress towards the pleasures of youth. FreeFrom Breadbasket Ball tested the bread roll-tossing skills of the competitors, whose trajectory towards a bread basket held by a butler was blocked by a steward wearing a Gluten Free T-shirt and wielding a copy of The Manchester Guardian.

During the Corby Trouser Press Challenge, athletes were expected to change into six consecutive pairs of trousers placed in Corby Trouser Presses, leaving their own trousers neatly folded in the gentleman’s device. A big thank you to Corby of Windsor for loaning us six of their splendid trouser presses.

The Champagne Charlie Human Pyramid of Dextrous Dandies, sponsored by Charles Heidseick Champange, constructed a human pyramid of thirsty competitors, who were then served champagne in the tower of glasses they had created. Points were deducted for spillages but not for falling over.

A full set of photographs of the event by Stephanie Wolff may be viewed at www.flickr.com 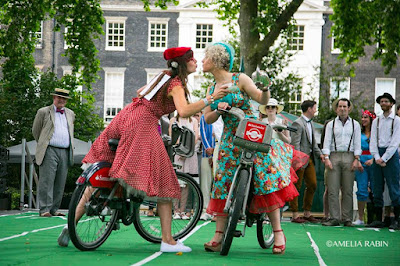 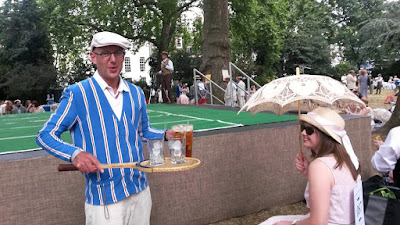 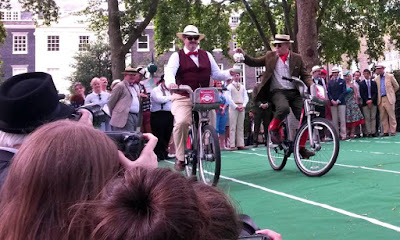 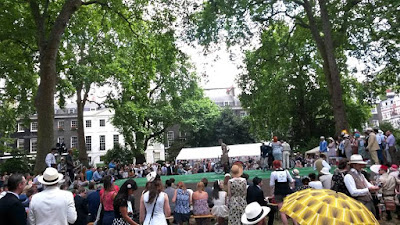 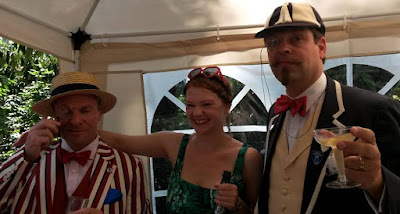 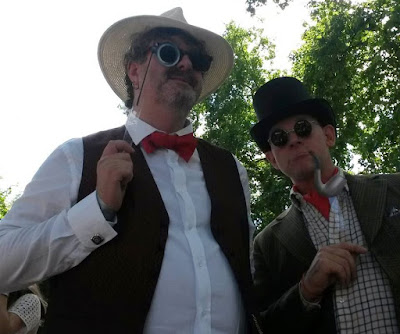 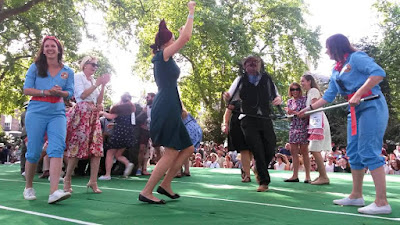