How to Be Parisian Wherever You Are / Caroline De Maigret / VIDEO: On French Style And How To Dress Well | Inside The W... 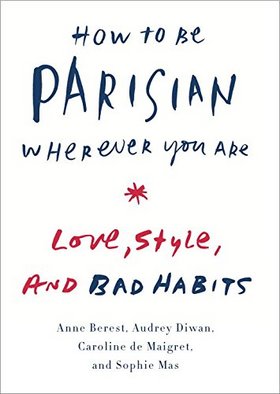 From four stunning and accomplished French women -- at last -- a fresh and spirited take on what it really means to be a Parisienne: how they dress, entertain, have fun and attempt to behave themselves.

In short, frisky sections, these Parisian women give you their very original views on style, beauty, culture, attitude and men. The authors--Anne Berest, Audrey Diwan, Caroline de Maigret, and Sophie Mas -- unmarried but attached, with children -- have been friends for years. Talented bohemian iconoclasts with careers in the worlds of music, film, fashion and publishing, they are untypically frank and outspoken as they debunk the myths about what it means to be a French woman today. Letting you in on their secrets and flaws, they also make fun of their complicated, often contradictory feelings and behavior. They admit to being snobs, a bit self-centered, unpredictable but not unreliable. Bossy and opinionated, they are also tender and romantic.
You will be taken on a first date, to a party, to some favorite haunts in Paris, to the countryside, and to one of their dinners at home with recipes even you could do -- but to be out with them is to be in for some mischief and surprises. They will tell you how to be mysterious and sensual, look natural, make your boyfriend jealous, and how they feel about children, weddings and going to the gym. And they will share their address book in Paris for where to go: At the End of the Night, for A Birthday, for a Smart Date, A Hangover, for Vintage Finds and much more.
How to Be Parisian Wherever You Are will make you laugh as you slip into their shoes to become bold and free and tap into your inner cool.
http://www.amazon.com/How-Parisian-Wherever-You-Are/dp/0385538650 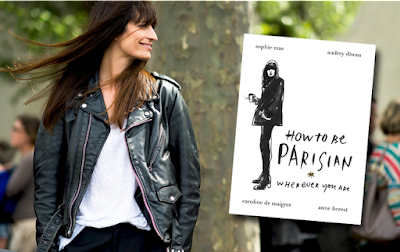 Caroline de Maigret on Her New Book, How to Be Parisian Wherever You Are
Sarah Mower
SEPTEMBER 2, 2014 6:00 AM
by SARAH MOWER
http://www.vogue.com/1061357/caroline-de-maigret-book-how-to-be-parisian-wherever-you-are-love-style-and-bad-habits/ 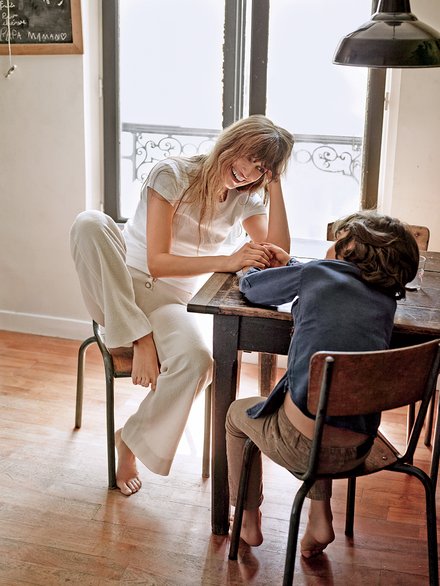 In an ideal world, I would be Caroline de Maigret. During the hustle of the shows, she’s one of the few women I bother to stare at—a 39-year-old loping around in the sort of mannish clothes I love (jackets, shirts, and pants galore). Karl Lagerfeld co-opted her as one of Chanel’s ambassadors; Lancôme has just asked her to package her mystique into a makeup line. Part aristocrat, part rock chick (she and her partner, Yarol Poupaud, own Bonus Tracks Records, a music-production company), she’s the living epitome of a Frenchwoman of substance—far more riveting with age and experience than she was earlier in her career as a model in New York in the nineties.

Now she’s authored one of those snatch-uppable books of the “French secrets” genre: How to Be Parisian Wherever You Are: Love, Style, and Bad Habits (Doubleday), co-written with three of her girlfriends—writer Anne Berest, journalist and screenwriter Audrey Diwan, and movie producer Sophie Mas. It’s a compendium of essays on everything from dealing with men and ignoring fashion to being melancholy, the art of nakedness, and what to shut up about. I opened it, and two pearls of wisdom smacked me in the eye on the first page alone. One: “Don’t be afraid of aging.” And two: “Always be fuckable”—even when you’re standing in line to buy a baguette. Oh, my goodness. We were in for an interesting conversation.

I met de Maigret during Paris Couture Week at the Hôtel Amour, not far from the place she shares with Poupaud and their eight-year-old son. She arrived, hair still slightly damp (Parisians never blow-dry—and like to claim they cut their hair themselves), wearing a perfect navy velvet blazer, a white shirt (three buttons undone), skinny blue jeans, and Stan Smiths. The jacket, she said, was “Thomsen—she’s a young Parisian designer who doesn’t have shows. It’s never too much, but it always has this little twist.” The shirt? She shrugged. “Céline, I think.” It’s a central tenet of Parisian dressing that, although one looks impeccably on point, label-flashing is out.

Another first principle, she advises me, is to grasp the essential idea that you never know when something will happen to you. “I believe you should always be ready to meet someone, whether it is your favorite writer or the man of your life. I don’t mean just physically ready—you’ve read, you’ve listened to music. You see—realistic, but still romantic.”

It’s the sort of thing passed down to her by her mother, a former French swimming champion. “It’s the best advice I’ve ever had: always to be proud.” I nodded weakly. Where I come from, just across the English Channel, mothers instruct us never to be caught out without “decent” underwear—“in case you get knocked down in the street.”

De Maigret, who spends one week each month in New York, is also a sharp observer of cultural differences. “Looking for perfection, as Americans do, is a lack of self-confidence,” she said. “I’m always surprised how guilty women feel not to be perfect. It must be hard to live every day.”

Still, there was a glint in her eye as she continued: “There is no woman in Paris who has ever had surgery. Not one.” And then: “There is no guilt in lying about little things. Like dieting, like surgery. We just don’t talk about these things.” She shrugged. “It’s boring.” In the view of de Maigret and her circle of friends, “We don’t want people to think we have spent an hour doing our hair when we should be reading.”

I liked her even more as she delivered some parting words about French sexual politics: “Let the man be a man and the woman be a woman,” she said. “We have to understand rights, but at the same time we want gallantry. It’s manners, but he also makes you feel like this desirable woman, and he feels like a man.” Then she leaned forward. “There’s also something about not pleasing men. It’s about doing whatever you want, and he has to follow.”

La Ville Lumière
An excerpt from How to Be Parisian Wherever You Are: Love, Style, and Bad Habits

She picks up the menu. Each time, the same thought crosses her mind: In her hands, this is more of a geographical map, an intimate and chaotic path through the jungle of her culinary neuroses, than a restaurant menu. She will have to battle her way without stumbling, and without looking like she’s asking herself too many questions.

No, wrong choice. She’ll just end up using the salmon as a pretext for eating all the blinis and crème fraîche. Her greed could end up on her hips.

Does this man sitting across from her realize how difficult it is to be a woman in this city? Probably not. But she doesn’t want to judge him too quickly.

The problem with a first date is that her every gesture will take on a particular meaning. He’s watching her as if he’s filming her, recording her movements forever: the way in which she loses her phone in her large handbag, and that message on her voice mail she can’t help listening to in front of him. He is analyzing her. Disorganized, a tad nervous, compulsively sociable. One day, later on, he will find out that she weighs herself every morning, but for now, he must believe that her figure is simply nature’s gift. Better to choose a real dish, giving him the hackneyed image of a bon vivant and letting him believe that this is her approach to all the great pleasures of life.

Her finger, somewhat nervously, scrawls down several lines on this damned menu. The waiter is coming over, and she knows she will have to come to a decision. And so she figures she will brave the danger with an act of courage. She will choose something adventurous:

She reads out the foreign words so casually you’d think she’d done it a hundred times before. The man opposite her looks up, surprised, and she savors the effect. Of course, she has no idea what she’s just ordered. On the menu, in small print, it says: “a specialty made from cheddar, beer, and toast.” Inwardly she smiles: inedible. No matter, she will talk enough for him not to notice that she’s ignoring her plate. The waiter then turns to the man.

In a flash, the whole scene crumbles. A sheep, a follower. Suddenly she realizes that his conversation has been peppered with banalities for the past half hour. She now knows she’ll eat two bites, then find a reason to leave before the hour is up. And she will never see him again. Adieu.

Adapted from the book How to Be Parisian Wherever You Are: Love, Style, and Bad Habits © Anne Berest, Audrey Diwan, Caroline de Maigret, and Sophie Mas. Published by Doubleday, an imprint of the Knopf Doubleday Publishing Group, a division of Penguin Random House LLC. 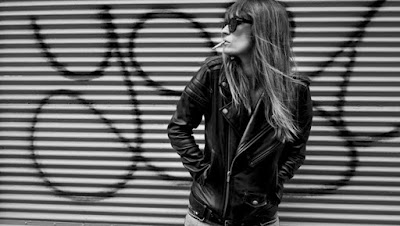 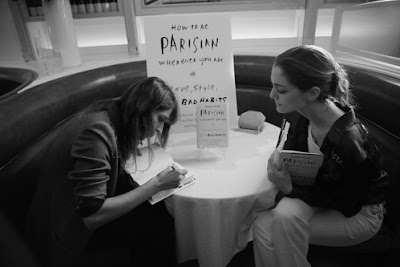 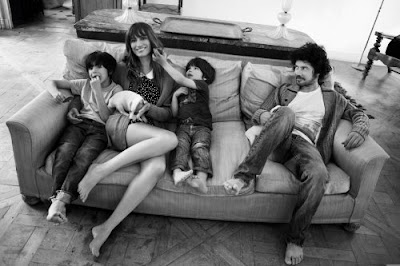 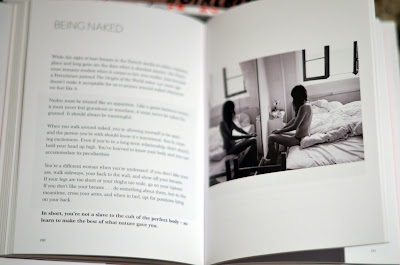 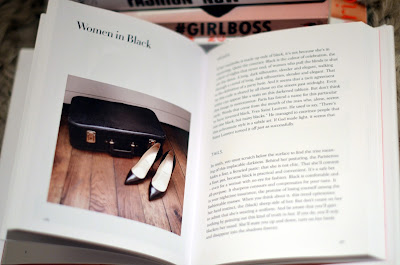 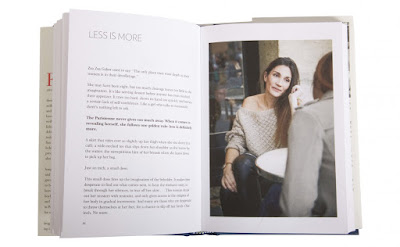