How To Be Chap by Gustav Temple 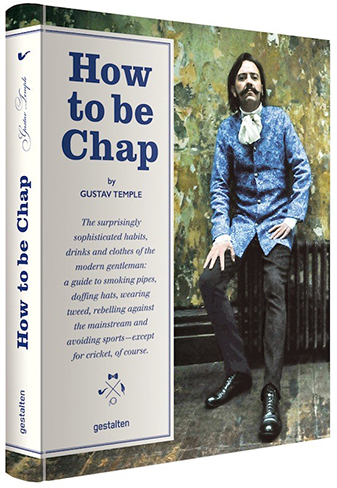 The Chap has created the greatest tome on how to become a Chap, ever. How To Be Chap is published by Berlin-based English-language publisher Gestalten, whose stable already includes such chappish titles as I Am Dandy and From Tip To Toe – The Essential Men’s Wardrobe.

How To Be Chap is a sumptuous, heavily illustrated coffee table book spanning the first fifteen years of the Chap’s existence, as a magazine, a lifestyle, a social group, a series of events and protests and ultimately a collection of extremely well-dressed and amusing people. Large-format photographs document such key events in the history of this cult movement, from the very first Chap protest, Civilise the City in 2001, to the most recent, the Give Three-Piece a Chance protest outside Abercrombie & Fitch on Savile Row.

How To Be Chap sets out to document and record every area of a Chap’s life, from what he has for breakfast to where he goes on holiday. The modern-day Grand Tour is recommended, in which a Chap must acquire essential gentlemanly accoutrements from various locations around the globe. The key Chappish writers, from both sides of the Atlantic, are all profiled, along with the top ten cinema films a Chap should have in his collection. His home, his pets, his marriage and his approach to childcare are all examined in thorough detail, with lavish photography and illustration throughout.


Photographs and text revisit the Chap’s many fashion plates, taken in such diverse locations as Gunpowder Mills, Essex and Brighton’s Peter Pan crazy golf course. The key figures in the Chap movement, from Vic Darkwood to Fleur de Guerre and Michael Attree, are profiled, along with Chap interviewees such as Sir Patrick Moore, Chris Eubank and Gilbert & George. If you have followed the Chap for the last 15 years and wish to reflect on those years and what they meant to you, or if you are new to the term “Chappish” and wish to inform yourself, you will not find a more suitable tome than this. 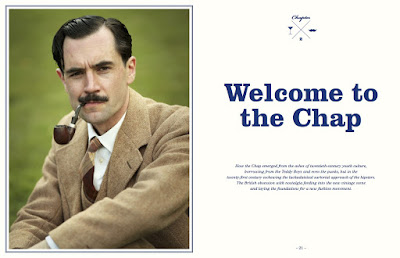 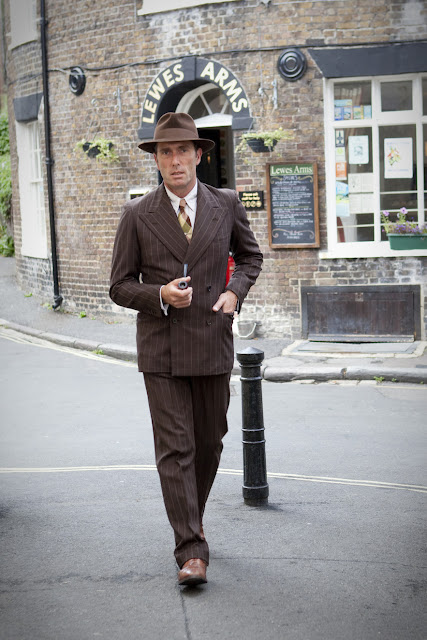 The Co-Editor of Our New Book Explains How to be Chap
Posted by Gestalten—03/2016
http://news.gestalten.com/news/gustav-temple?page=5

Style authority Gustav Temple co-founded the British magazine The Chap in 1999 to celebrate the classic English gentleman and save our world from sartorial collapse. In our recent release How to be Chap, for which Temple served as co-editor, we follow the definitive Chap expert as he explores how a chap dresses, where he goes on vacation, which sports he plays (cricket) and which ones he doesn’t (everything else). Get to know Gustav Temple in our interview below and in our new book How to be Chap.

You have edited the eponymous Chap magazine for years. How and when did you decide to write a book?

Having produced The Chap for fifteen years, I thought it was time to set the whole story down in book form. It has been a very eventful 15 years, filled with public events, protests against contemporary culture, the growing of the chap Olympics, and the many people who have passed through the pages of The Chap either as photographed models or in written form.

Is a person born a Chap or can you become a Chap?

Anyone can become a Chap. The book points out the differences between gentlemen of the past and the modern-day chap and how accidents like birth, blood, nationality, race, and even gender make no difference whatsoever towards becoming a Chap.

How long have you been a Chap?

Since the day I first looked around me at the world and thought, “These people aren’t very well dressed. Someone needs to take a good look at gentlemen’s clothing from the past to the present and make sure nothing is thrown out in the rush for everyone to become trendy and cool.” That must have been when I was about 12.

What can you tell us about the Chap Olympiad?

It is an annual celebration of sporting ineptitude. It is a competition in which the losers and pathetically non-athletic in life can shine for one day—as long as they are extremely well-dressed. The Chap Olympiad rewards immaculate trousers, well-groomed hair, and perfectly-knotted cravats rather than sporting prowess. The events are impossible to win unless one uses caddish cunning and aristocratic skullduggery.

What is the best thing about being a Chap?

Can you tell us some Do’s and Don’ts for Chaps?

The Do’s: always wear at least one article of clothing made from tweed; try to be polite to all people at all times; practice raising your hat and one of your eyebrows rakishly—keep everything else on your face and your clothing absolutely still; shake hands when it seems most inappropriate—for example with your doctor or dentist.

The Don’ts: wear sports clothing unless you are doing sport; participate in any sport other than cricket; leave the house with an open-collared shirt; modify your behaviour according to whom you are speaking to—treat everyone with equal good manners and respect; accept low standards; set foot in Starbucks or McDonalds; dress down for an occasion—always dress up and aim to be the best-dressed person there.

How does a typical day for a Chap look?

A Chap’s day begins rather late, for he usually rises no earlier than midday. After breakfast, it is time to go in search of the day’s first cocktail. Events after that can sometimes become rather blurred, but he will eventually end up in the premises of one or more of his tailors—and possibly his glove maker, depending on the time of year. In the winter, a Chap spends a lot of time choosing a new umbrella.

What can you tell us about the Chap-led protest of Savile Row’s Abercrombie and Fitch? Why was the store’s opening important?

The opening of Abercrombie and Fitch on Savile Row signified both the end of an era—300 years of bespoke tailoring on one London street—and the beginning of a new era of big chain stores dominating the entire world. We felt that somebody had to take a stand against this and make the point that capital cities benefit from tourism precisely because they have unusual things to offer tourists like Savile Row—not because they have a few chain stores selling ripped T-shirts and overpriced hoodies for middle-aged men.

What surprising interests align themselves with being a Chap? What might surprise someone about Chaps?

It might surprise someone to see how diverse chaps are. They might expect to see a load of middle-aged white men in tweed jackets, but the truth would be a lot more variety both in types of people and their clothing. We believe that the Chap style is actually far more varied and individual than the way most people dress today. Someone encountering a group of Chaps for the first time would be struck by how different each Chap or Chapette looks. They might also be surprised at how decadent they are; because Chaps adopt the social and dietary habits of 50-100 years ago, this makes them seem rather hedonistic by today’s standards.

What advice would you give to youngsters thinking of being Chaps themselves?

Firstly, I would advise them of course to read How to be Chap from cover to cover, where they will get all the sartorial, social and lifestyle tips they will need in order to conduct a complete overhaul of how they currently live. Secondly, they will have to throw all their hoodies, T-shirts, jeans, trainers, and baseball caps into the dustbin. Thirdly, they will have to learn to avoid all high-street shops and locate the nearest tailor’s premises, as well as the nearest selection of vintage shops in which their clothes can be bought. If they are women, they will have to learn quite complicated skills with make-up and hair styling—but there are plenty of examples to copy in the book, which features just as many photographs of splendidly-attired ladies as it does of gentlemen. 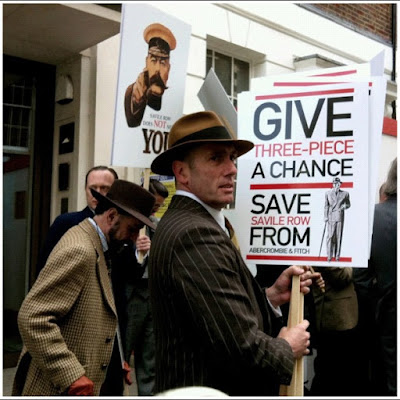 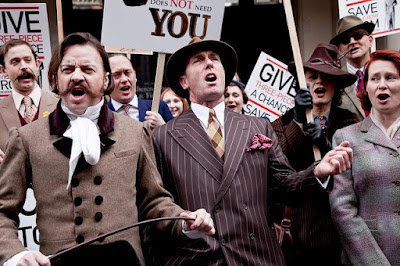 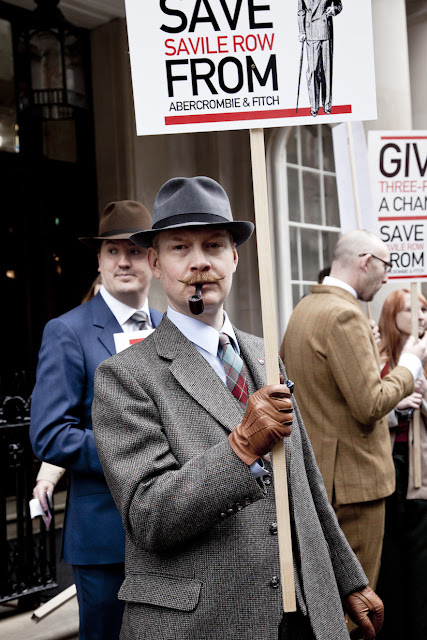 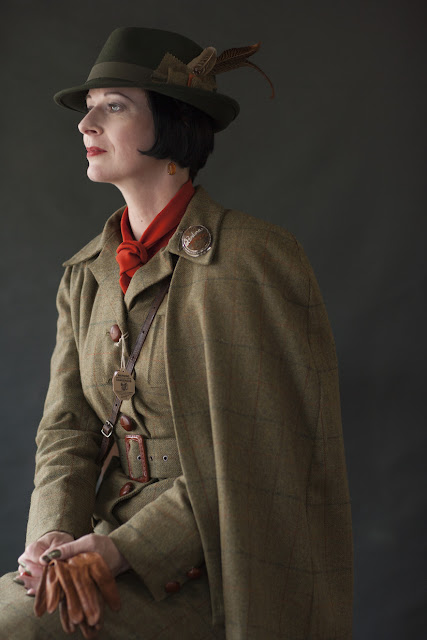 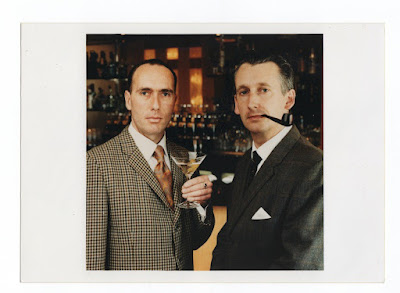 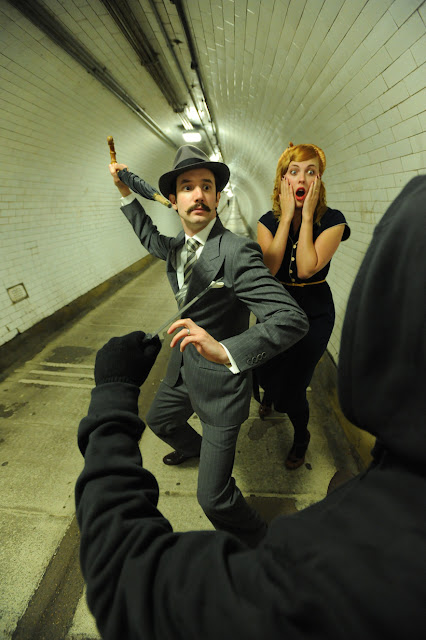 It's curious how the book makes virtually no mention of the magazine.