Who betrayed Anne Frank and her family? / Experts express doubt that Anne Frank was betrayed by a Jewish notary 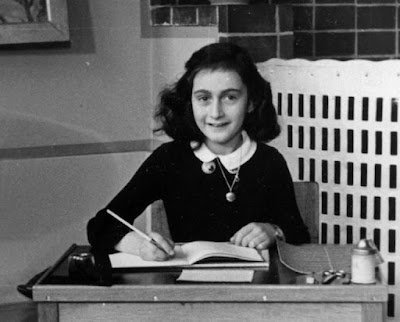 The hiding place of Anne Frank and her family in Amsterdam during World War II was probably given to the Nazis by Jewish notary Arnold van den Bergh according to a new book which claims to solve the 77-year-old mystery. The Betrayal of Anne Frank, by Canadian writer Rosemary Sullivan, is based on the work of a cold case team led by a former FBI agent who spent years trying to solve one of the most enduring mysteries of the war. The teenage diarist and her family went into hiding on 6 July 1942 but they were found and deported in August 1944. Most died in Auschwitz, Anne and her sister Margot in Bergen-Belsen. There have been many theories about who betrayed Anne Frank and the seven others in hiding and the name of Arnold van den Bergh appears on earlier lists of possible suspects. Van den Bergh was a member of the Joodse Raad, or Jewish Council, which was set up in 1941 ostensibly as an organisation for Jewish self government. In fact it was an instrument for the occupiers to facilitate the smooth selection and deportation of Jews. The team looked at some 30 possible scenarios, including the one that the family was found by chance. ‘We can say that 27 or 28 of them are extremely unlikely or impossible,’ journalist Pieter van Twisk, one of the Dutch researchers, told the Volkskrant. Letter The theory is based on an anonymous letter that was delivered to Otto Frank after the war. The cold case team failed to trace the original but did find a copy of the text made by Otto in the family archives of a policeman involved in an earlier investigation. The note says that the family’s hiding place was ‘given to the Jüdische Auswanderung by door A. van den Bergh, who lived at the time near the Vondelpark… The JA had been given a whole list of hiding places by him.’ Van den Bergh, the book claims, probably told the Nazis about the Frank’s hiding place to keep himself and his own family safe. Public ‘As a founding member of the Jewish Council, he would have been privy – to addresses – where Jews were hiding,’ former FBI officer Vince Pankoke told CBS.  ‘When Van den Bergh lost all his series of protections exempting him from having to go to the camps, he had to provide something valuable to the Nazis that he’s had contact with to let him and his wife at that time stay safe.’ Otto only went public with the existence of the note in 1964, during a second investigation into the family’s betrayal. At the time the claim was dismissed as slanderous towards Van den Bergh, who had died in 1950. Anti-Semitism The book suggests that Otto did not press the issue out of respect for Van den Bergh’s children and because he did not want to do anything to stimulate anti-Semitism. ‘Perhaps he just felt that if I bring this up again, with Arnold van den Bergh being Jewish, it’ll only stoke the fires further,’ Pankoke said. ‘But we have to keep in mind that the fact that he was Jewish just meant the he was placed into a untenable position by the Nazis to do something to save his life.’ Emile Schrijver, director of the Jewish Historical Quarter organisation in Amsterdam, told the Volkskrant the book had thinned out the number of theories about the betrayal considerably. ‘Of all the theories, you can say this one is the most likely,’ he said. ‘But the last word has not yet been spoken.’

Watch the CBS documentary on the cold case investigation. https://www.cbsnews.com/news/anne-frank-betrayal-investigation-60-minutes-2022-01-16/

The Anne Frank house organisation in Amsterdam said on Monday in a statement that it was not involved in the cold case investigation, but it had shared its archives and museum with the team, as well as its own 2016 investigation into the arrest of the people in hiding. ‘At the Anne Frank House we aim to tell the life story of Anne Frank as fully as we can, so it’s important to also examine the arrest of Anne Frank and the seven other people in the secret annex in as much detail as possible,’ said director Ronald Leopold. ‘The cold case team’s investigation has generated important new information and a fascinating hypothesis that merits further research.’ The book, The Betrayal of Anne Frank, is published by Barnes and Noble and goes on global release on Monday. 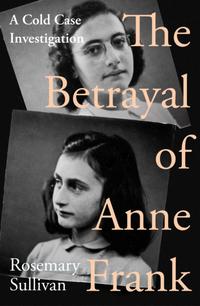 The Betrayal of Anne Frank

Less a mystery unsolved than a secret well keptThe mystery has haunted generations since the Second World War: Who betrayed Anne Frank and her family? And why?Now, thanks to radical new technology and the obsession of a retired FBI agent, this book offers an answer. Rosemary Sullivan unfolds the story in a gripping, moving narrative.Over thirty million people have read The Diary of a Young Girl, the journal teenaged Anne Frank kept while living in an attic with her family and four other people in Amsterdam during World War II, until the Nazis arrested them and sent them to a concentration camp. But despite the many works - journalism, books, plays and novels - devoted to Anne's story, none has ever conclusively explained how these eight people managed to live in hiding undetected for over two years - and who or what finally brought the Nazis to their door.With painstaking care, retired FBI agent Vincent Pankoke and a team of indefatigable investigators pored over tens of thousands of pages of documents - some never before seen - and interviewed scores of descendants of people familiar with the Franks.

Utilising methods developed by the FBI, the Cold Case Team painstakingly pieced together the months leading to the infamous arrest - and came to a shocking conclusion. The Betrayal of Anne Frank: A Cold Case Investigation is the riveting story of their mission. Rosemary Sullivan introduces us to the investigators, explains the behaviour of both the captives and their captors and profiles a group of suspects.

All the while, she vividly brings to life wartime Amsterdam: a place where no matter how wealthy, educated, or careful you were, you never knew whom you could trust. 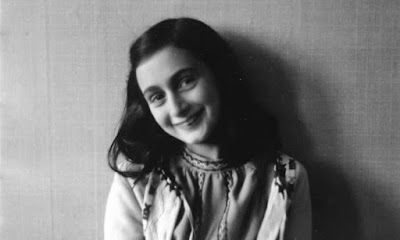 A new book by Rosemary Sullivan suggests that Arnold van den Bergh could have revealed the family’s hiding place, but other historians are not convinced

Historians have voiced their scepticism about a book that has identified a Jewish notary as the prime suspect for the betrayal of Anne Frank and her family to the Nazis.

The Betrayal of Anne Frank, by Rosemary Sullivan, based on research gathered by retired FBI detective Vince Pankoke was published on Tuesday by HarperCollins with some fanfare.

A CBS 60 Minutes programme on Sunday evening highlighted the book’s tentative findings which were widely covered in the media, including the Guardian.

But researchers have now raised doubts about the central theory that Arnold van den Bergh, who died of throat cancer in 1950, probably led the police to the Frank family’s hiding place above a canal-side warehouse in the Jordaan area of Amsterdam on 4 August 1944.

The book claimed that as a member of the Jewish council in Amsterdam, an administrative body the German authorities forced Jews to establish, van den Bergh would have had access to the places in which Jewish people were hiding.

But David Barnouw, a Dutch author of the 2003 book Who Betrayed Anne Frank?, said he was not convinced.

He said: “The researchers rightly subject their findings to all sorts of caveats. However, they are very firm in their conviction of that poor notary. While I wonder whether he had access to a list of Jewish hiding places. The Jewish Council was far too law-abiding to make such a list, I think.”

The book, a result of a six-year investigation, suggests that van den Bergh, who acted as notary in the forced sale of works of art to prominent Nazis such as Hermann Göring, had been forced by risks to his own life to use addresses of hiding places as a form of life insurance for his family. Neither he nor his daughter were deported to the Nazi camps.

The investigators said they had found references to addresses being kept by the Jewish council. A further key piece of evidence was said to have been an anonymous note delivered after the war to Anne’s father, Otto Frank, the sole survivor among the direct family.

The note stated that van den Bergh had given away addresses to the Nazis including that in which Otto, Anne, her mother Edith, sister Margot, Hermann, Auguste and Peter van Pels, and Fritz Pfeffer, had sought to evade capture. The Franks hid for two years in a concealed annexe in the Jordaan area of Amsterdam before their arrest.

Ronald Leopold, director of the Anne Frank House, praised the investigation but he also counselled against taking the findings as definitive.

He said: “I have great appreciation for the impressive work of the team, the research has been carefully carried out. A lot of new information has been found, sufficient reason to follow the trail of notary van den Bergh.

“The most special find is the copy of the note. But many puzzle pieces remain. About the lists that would have been with the Jewish council, about the note and about the notary himself. These are all things that need to be investigated in order to strengthen the credibility of this theory.”

Despite a series of investigations, including two by the Dutch police, the mystery of who led the Nazis to the annexe remains unsolved. Otto Frank, who died in 1980, was thought to have a strong suspicion of that person’s identity but he never divulged it in public.

Following the arrest of the family, Anne was sent to Westerbork transit camp, and on to Auschwitz concentration camp before finally ending up in Bergen-Belsen, where she died in February 1945 at the age of 15, possibly from typhus. Her published diary spans the period in hiding between 1942 and her last entry on 1 August 1944.

Writing in the Dutch newspaper De Volkskrant, Hanco Jürgens, a research assistant at the Germany Institute Amsterdam, said: “It seems much more likely that the arrest was coincidental. After all, five months earlier, two employees had been arrested for the clandestine trade in coupons.

“It could therefore equally be a regular check that resulted in the discovery of the hiding place. The fact that the people in hiding had to wait a long time for an arrest car points to this. But this theory is also based on assumptions.”