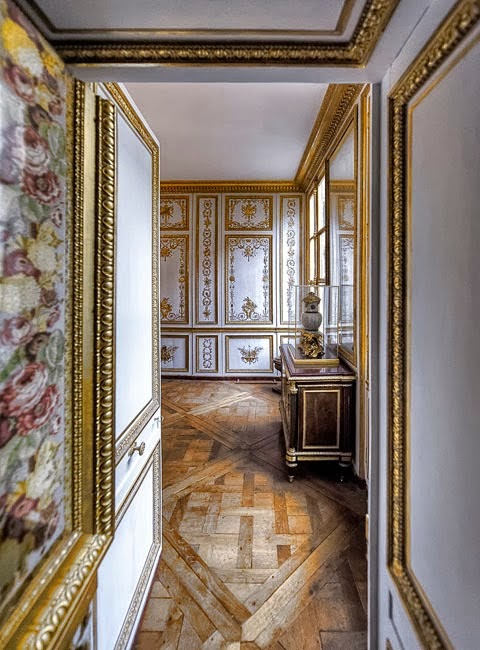 In this year, Marie-Antoinette ordered her favorite architect, Richard Mique to cover all wall of the petit appartement de la reine with white satin embroidered with floral arabesques, ostensibly to give a decorative cohesion to the rooms. The cost of the fabric was 100,000 livres; the hangings were entirely replaced with wood paneling in 1783 (Verlet 1985, p. 586).

In 1781, to commemorate the birth of the first dauphin, Louis XVI commissioned Richard Mique to redecorate the cabinet de la Méridienne (1789 plan #6) (Verlet 1985, p. 586). It was in this room that Marie-Antoinette would choose the clothing she would wear that day.

The last major modification to the petit appartement de la reine occurred in 1783, when Marie-Antoinette ordered a complete redecoration of the grand cabinet intérieur. The costly embroidered hangings were replaced with caved gilt paneling by Richard Mique. The new décor caused the room to be renamed the cabinet doré (Verlet 1985, p. 586).

Of all the features of the petit appartement de la reine, the so-called secret passage that links the grand appartement de la reine with the appartement du roi is one that has become a legend in the history of Palace of Versailles. The passage actually dates from the time of Marie-Thérèse, and had always been a suite of service rooms that also served as a private means by which the king and queen could communicate with each other (1740 plan #1-4; 1789 plan #1-4). It is true, however, that Marie-Antoinette, who was sleeping in the chambre de la reine in the grand appartement de la reine, escaped from the Paris mob on the night of 5/6 October 1789 by using this route. The entrance to the so-called secret passage is through a door located on the west side of the north wall of the chambre de la reine. 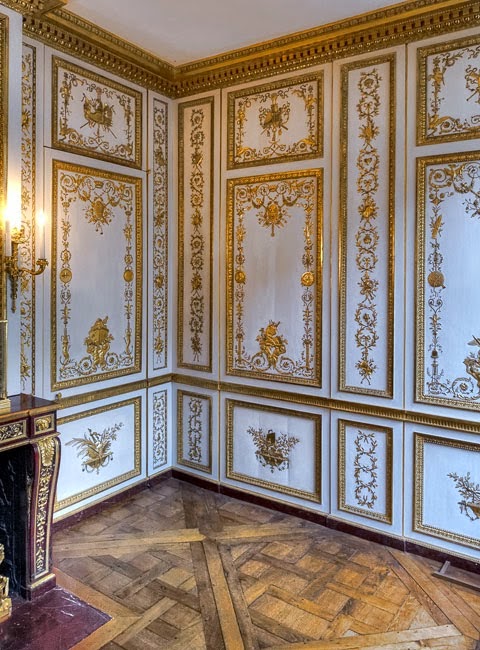 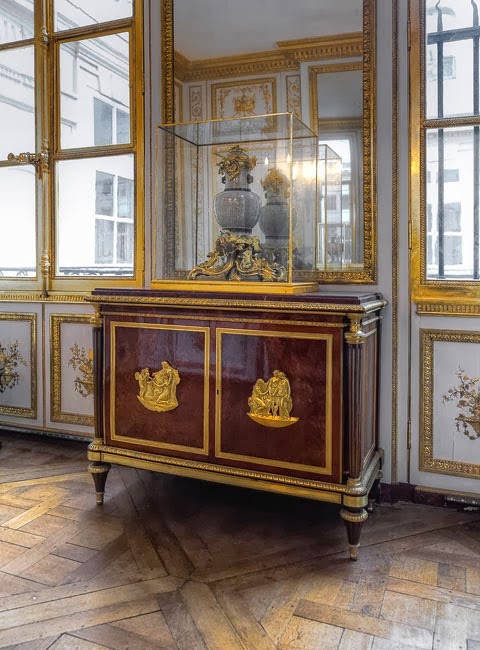 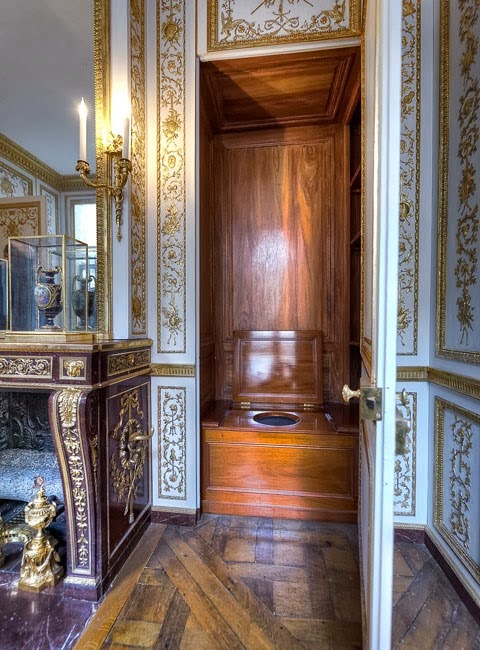 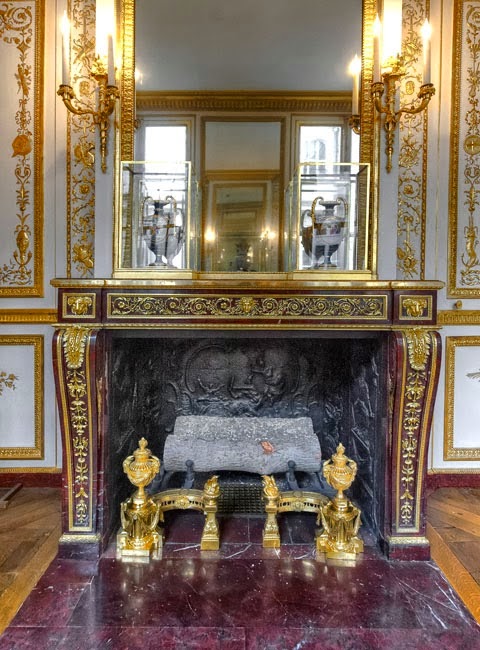 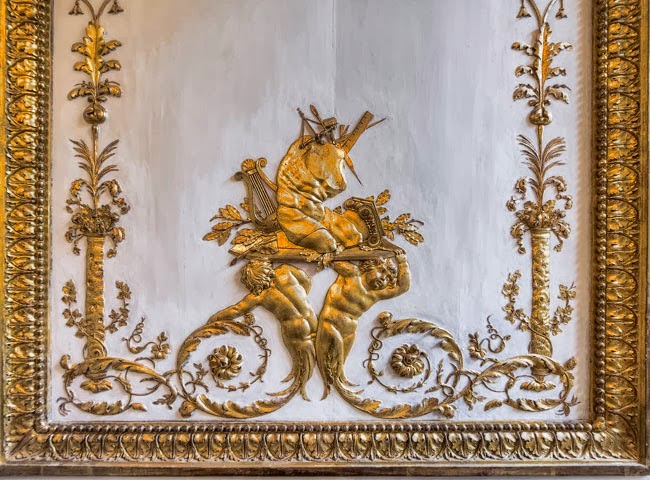 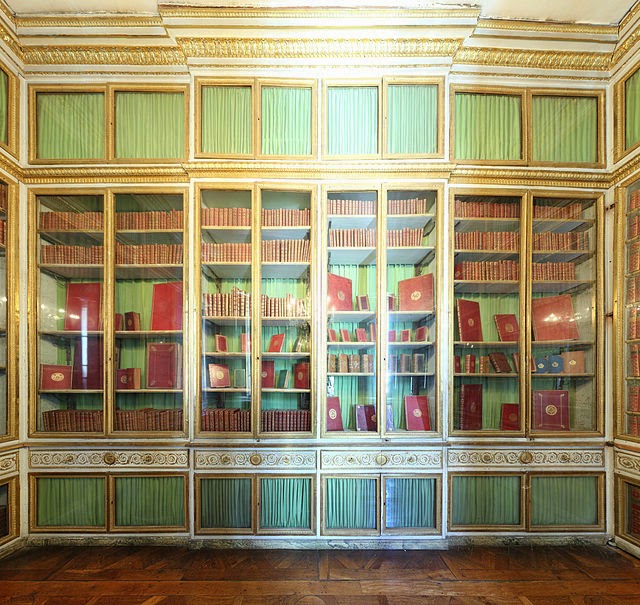 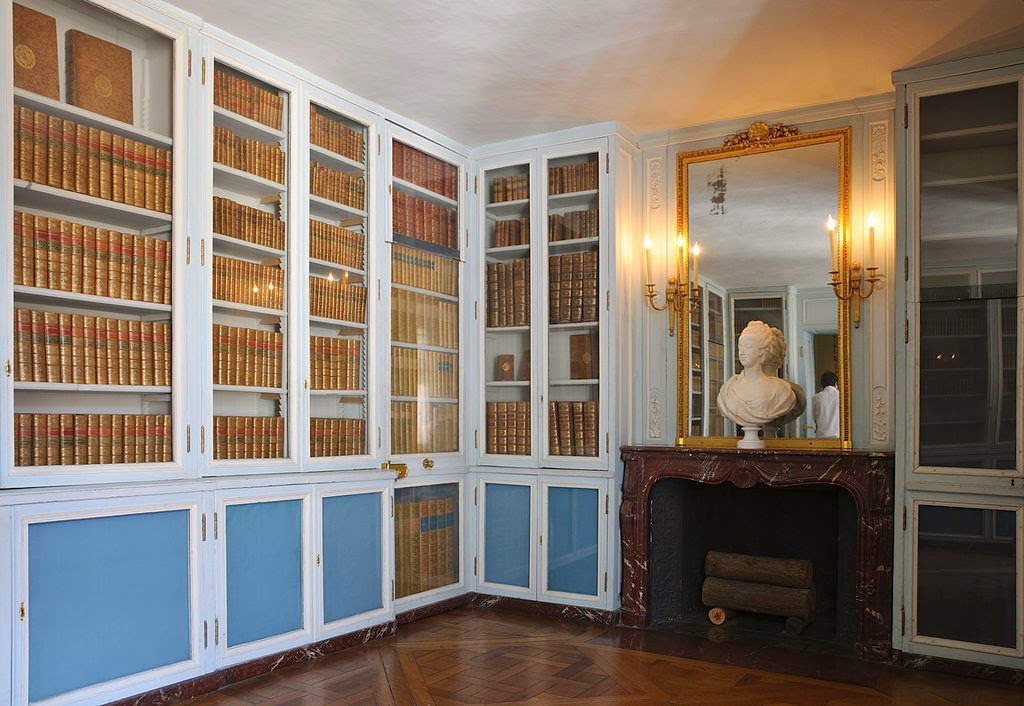 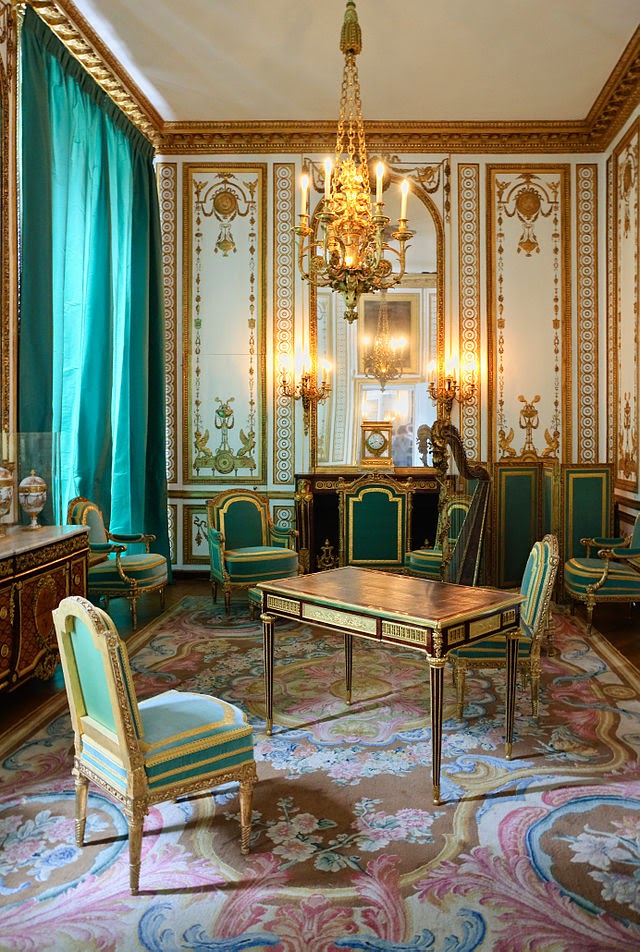 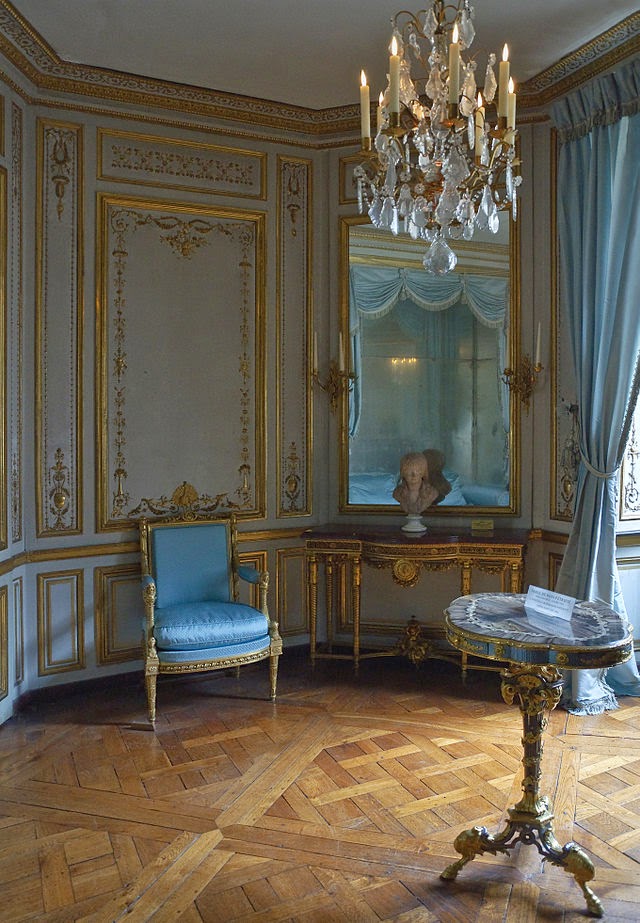 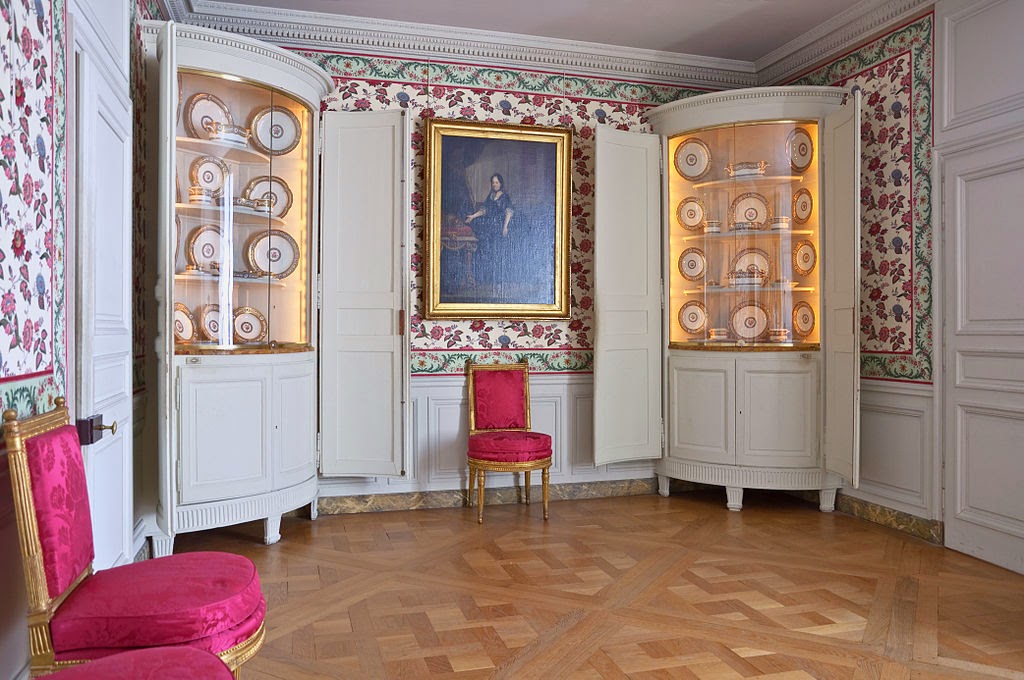 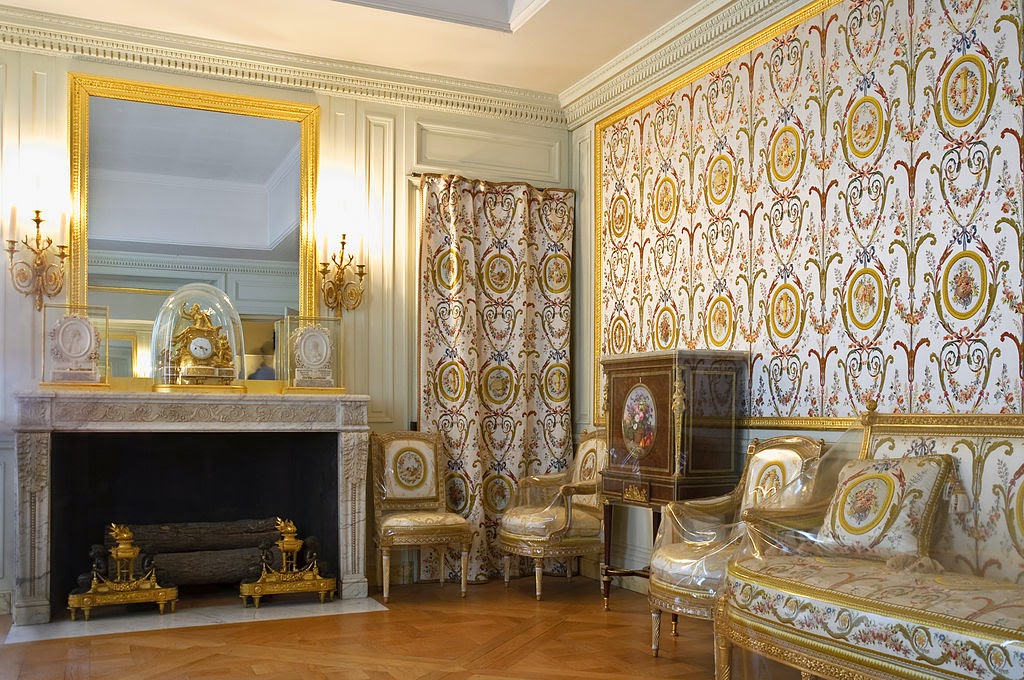 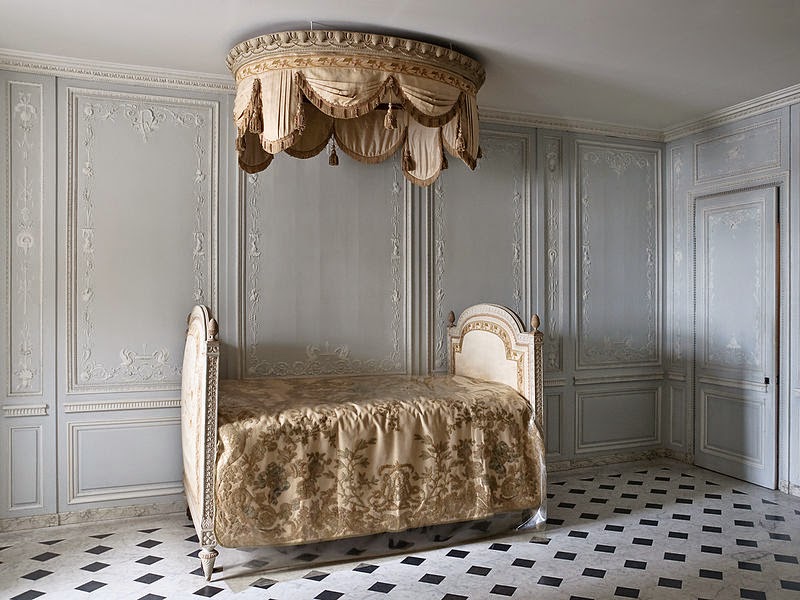 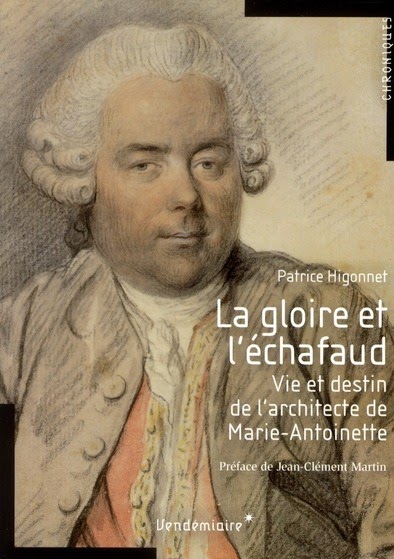 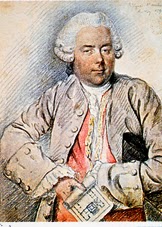 Richard Mique was born at Nancy, the son of Simon Mique, an architect and entrepreneur of Lunéville and grandson of Pierre Mique also an architect. Following their example, he became an architect in the service of duke Stanislas Leszczyński, ex-king of Poland and father of Maria Leszczyńska, the consort of King Louis XV of France. Following the death of Héré de Corny, Mique participated as premier architecte in Stanislas' grand plans for reordering and embellishing Nancy, his capital as Duke of Lorraine. Stanislas made him a chevalier of the Order of Saint-Michel and maneuvered unsuccessfully to have Mique placed on the payroll of the Bâtiments du Roi.
Following his patron's death in February 1766, Mique was called to France the following October, at the suggestion of Maria Leszczyńska's Polish confessor. His official career in France was initially stymied by the influence of Ange-Jacques Gabriel, premier architecte. His main clients were a series of royal ladies. For Maria Leszczyńska, he built a convent, prominently sited in the town of Versailles, on lands at the edge of the park belonging formerly to Madame de Montespan's Château de Clagny, of which eleven hectares were consigned to the queen by her husband, Louis XV. At the queen's death, her daughter Madame Adélaïde completed the project.

Mique must have gained the confidence of the dauphin and the dauphine for, upon the accession of the dauphin as Louis XVI in 1774, he was appointed intendant et contrôleur général des bâtiments du Roi; he succeeded Gabriel as premier architecte to Louis XVI the following year, thus overseeing the last works carried out at Versailles before the French Revolution. He purchased a seigneurie in Lorraine, which completed his transformation to courtier-architect.

He laid out the queen's garden at the Petit Trianon from 1774 to 1785 in collaboration, it is believed (though without documentary evidence) with the painter Hubert Robert. The design — "one of the first instances... of pre-Victorian kitsch" (Higonnet 2002) — was based on sketches by the comte de Caraman, an inspired amateur of gardening. Mique was also responsible for the Hameau de la Reine, a mock farming village built around an artificial lake at the northeastern corner of the estate.

During the Revolution, he was arrested along with his son as participants in a conspiracy to save the life of Marie Antoinette, whose favorite architect he had been. He was brought before a revolutionary tribunal and, after a summary trial on 7 July 1794, both father and son were condemned to death and executed the following day. This was just three weeks before the fall of Robespierre and the end of the Reign of Terror.

Pierre de Nolhac, the historian of the Château de Versailles, in Le Trianon de Marie-Antoinette (1914), found Mique to have been "un artiste savant, habile, et digne de plus de gloire". A street in the city of Versailles commemorates his name.