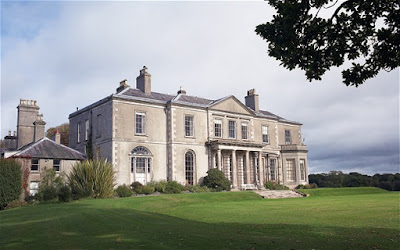 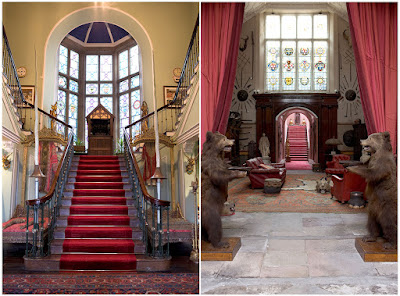 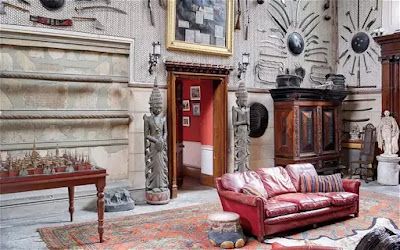 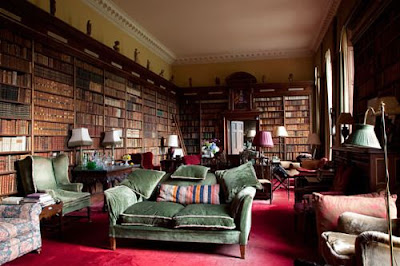 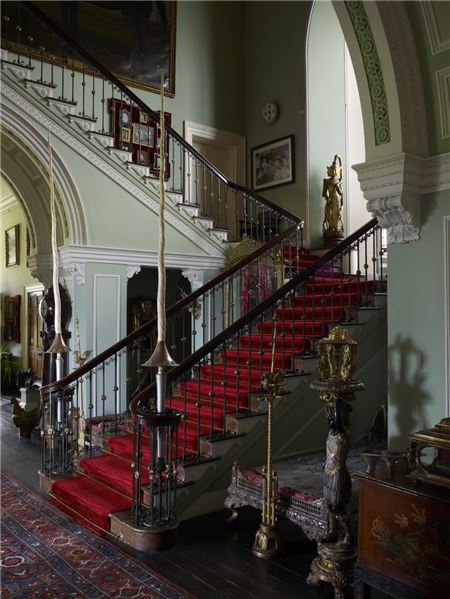 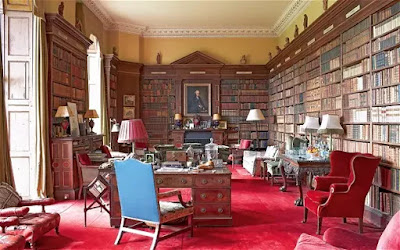 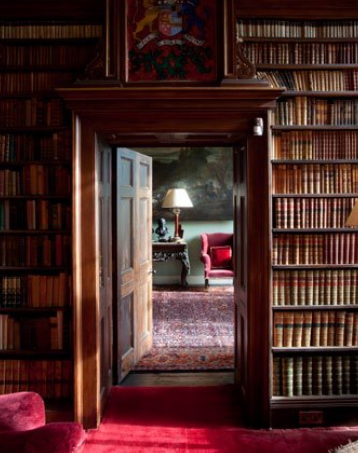 The Clandeboye Estate is a country estate located in Bangor, County Down, Northern Ireland, 12 miles (19 km) outside Belfast. Covering 2,000 acres (8.1 km2), it contains woodlands, formal and walled gardens, lawns, a lake, and 250 hectares (620 acres) of farmland. The estate is currently home to Lindy, Marchioness of Dufferin and Ava, widow of the last Marquess (the title being extinct).
Clandeboye was first settled in 1674, but the Clandeboye House of today dates from 1801, utilising a design by Robert Woodgate that incorporated elements of the previous building and was built for the politician Sir James Blackwood, 2nd Baron Dufferin and Clandeboye.
In memory of his mother, Helen, Lady Dufferin (granddaughter of the playwright Richard Brinsley Sheridan), Lord Dufferin and Ava built the stone edifice Helen's Tower on the estate, which has since been immortalised by Tennyson in the poem of the same name. The tower has taken on an unforeseen poignancy, as an almost exact replica of it, the Ulster Tower, was built at Thiepval to honour the men of the 36th (Ulster) Division who fell at the Battle of the Somme. The estate was used for army training during the First World War, and the 36th (Ulster) Division trained beside Helen's Tower before leaving for France. The tower can be reached via the Ulster Way, a five-mile (8 km) section of which traverses the estate.
The parklands familiar to visitors today were originally laid out by the 1st Marquess, who was also responsible for the addition of the banqueting hall to the house in 1898.
As a result of the work of the 1st Marquess, Clandeboye is home to the largest area of broad-leaved woodland in Northern Ireland, consisting mostly of oak, birch, and beech. The estate is also home to a large variety of animal species; those recorded as present on the estate include the osprey, red kite, tree sparrow, barn owl, yellowhammer, song thrush, pipistrelle bat, red squirrel, fallow deer, common newt, marsh fritillary, and the wall brown butterfly. The estate is home to the Conservation Volunteers Northern Ireland. The grounds are tended by head gardener Fergus Thompson.


The series from BBC titled The Country House Revealed was accompanied by a full length illustrated companion book published by the BBC which featured Cladeboye Estate as a dedicated chapter appearing as Chapter Five of the book edition. The six chapters of the book correspond to the six episodes of the BBC series.
Publicada por Jeeves em 05:27