How accurate is The Crown season 4? Fact checking by Hugo Vickers in the Times and Simon Jenkins in the Guardian... 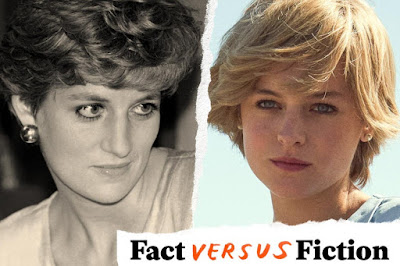 How accurate is The Crown season 4? What’s true and false in the Netflix series 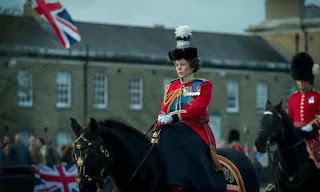 (...) "The historian Hugo Vickers has already detailed eight complete fabrications in the new series, all caricaturing the royal family in the worst possible light. They are:

1. Lord Mountbatten wrote a letter to Prince Charles the day before his death.

2. The royal family laid protocol traps to humiliate Margaret Thatcher on a visit to Balmoral.

3. Princess Margaret ridiculed Princess Diana for not being able to curtsey.

4. Prince Charles called Camilla Parker Bowles every day in the early years of his marriage.

5. Princess Diana threw a tantrum on a visit to Australia and forced the plans to be changed.

6. Princess Margaret visited two of the Queen’s cousins, who had been placed in a “state lunatic asylum” to avoid embarrassing the monarchy.

7. The Queen was responsible for leaking her view of Thatcher as “uncaring”.

8. The Queen was repeatedly shown wrongly dressed for Trooping the Colour.

These are on a par with the “revelations” in an earlier series, one implicating Prince Philip in the Profumo affair and another hinting at infidelity. The intention was clearly to give a shudder of shock to viewers lulled into assuming it was all true.

The royal family can look after themselves, and usually do. I am less sure of history, and especially contemporary history. The validity of “true story” docu-dramas can only lie in their veracity. We have to believe they are true, or why are we wasting our time?"(...)

"The Crown's fake history is as corrosive as fake news"