THE CROWN SEASON 4 : “While the earlier seasons were period pieces, this is recent history, so it seems more cruel in its false depictions.” //Why The Crown Season 4’s Prince Charles Appalls Royal Experts 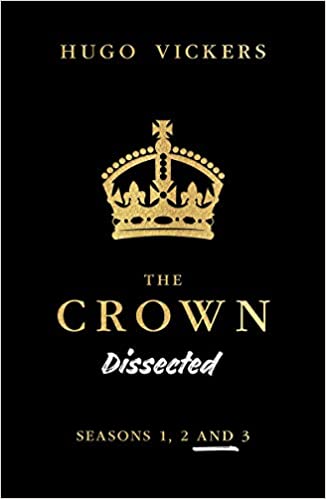 The Crown is one of North America's favorite series. Hugo Vickers, however, has something to say about the popular series' accuracy. All three seasons of it.

Called "the most knowledgeable royal biographer on the planet," particularly on the period the series covers, Vickers has commented on the British Royal Family on television and radio since 1973, authored numerous books about the Royals, and acted as historical adviser on a number of films.

In his previous books on seasons one and two of The Crown, Vickers separated fact from fiction to tell readers what really happened and what certainly did not happen. Now adding the most recent season, The Crown Dissected: Seasons 1, 2 and 3 features Vickers' same episode-by-episode approach analyzing the plot, characterization and historical detail in each storyline. He describes how the series continues to distort the facts, and refers back to previous seasons whenever needed.

Vickers writes that he does not approve of The Crown because "it depicts real life people in situations which are partly true and partly false, and unfortunately most viewers take it all as gospel truth." He accepts that fiction can be a device to illuminate true events, but artistic license can create false, dangerous and lasting impressions as well what he calls a "perversion of what is true."

Undoubtedly there will continue to be debate on the accuracy of The Crown's storylines, but that is what makes historical dramas so compelling. The Crown Dissected: Seasons 1, 2 and 3 is a must-read for any fan of the show, as well as for all TV critics. 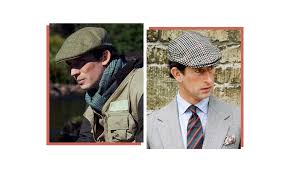 “It’s really, really disgraceful what they’ve done to him in this season,” Hugo Vickers told Vanity Fair about Prince Charles on The Crown.

In The Crown’s second and third seasons, Prince Charles was depicted as being a bit of a victim—a sensitive creature born to a tough father and a hands-off mother who may have been better suited to, say, Shakespearean stage work than leading the Commonwealth of Nations.

In the drama’s new season, Charles, as played by Josh O’Connor, is again portrayed as a victim of one-in-seven-billion circumstances. Because of his position as heir to the throne, he can’t be with the woman he loves (Camilla Parker Bowles, as played by Emerald Fennell), and is essentially pressured into a loveless marriage with a teenager, Diana Spencer (Emma Corrin), whom he’s only met a handful of times and who upstages him at every P.R. turn. Trapped, unhappy, and unable to escape what he views as an abomination of unholy matchmaking, The Crown’s Charles spends his screen time sulking, self-pitying, and eventually lashing out at his pretty, young wife.

Royal expert Hugo Vickers, who has written about Queen Elizabeth and the Queen Mother, has enjoyed discrediting The Crown’s storylines so much that he’s penned an entire book (and e-book devoted to the current season) fact-checking the series. But in a phone call with Vanity Fair Monday, Vickers sounded genuinely aggrieved by The Crown’s treatment of Charles this time around.

“They always liked to portray him as a kind of wimp. This time, though, he’s not only portrayed as a wimp, but also as a very angry, unpleasant person yelling at his wife.…Some of the looks he gives Diana, you begin to wonder whether in the next season we’re going to catch him conspiring to have her murdered in a tunnel in Paris, or something ghastly,” Vickers said. “I wouldn’t put it past them [on The Crown]…it’s really, really disgraceful what they’ve done to him in this season.”

In reality, Vickers said, “Prince Charles is very dedicated, and he’s done everything that he’s been asked to do all his life. He’s parachuted in the sea [as colonel-in-chief of the Parachute Regiment], gone into the Navy. He’s lived with crofters on funny little islands up in Scotland. He’s gone on government departments. He’s traveled around the Commonwealth. He set up the Prince’s Trust.”

The trickiness with the series, in the opinion of Vickers and other royal biographers like Sally Bedell Smith, is this: “Because The Crown is such a lavish and expensive production, so beautifully acted and cleverly written, and so much attention has been paid to visual details about historical events, viewers are tricked into believing that what they are seeing actually happened,” Bedell Smith told Vanity Fair. “While the earlier seasons were period pieces, this is recent history, so it seems more cruel in its false depictions.”

Bedell Smith, who has written biographies on the queen, Prince Charles, and Diana, pointed out several errors involving Charles’s depiction in the show’s fourth season. In an early season-four episode, The Crown’s Charles returns from his six-week trip to Australia, New Zealand, and the United States in the spring of 1981 and rushes straight to Highgrove to be with Camilla.

“This is false,” said Bedell Smith. “He went to Buckingham Palace. At that time, Highgrove was under renovation and redecoration, which Diana supervised with her mother’s interior designer, Dudley Poplak. Charles and Diana didn’t move into Highgrove until late 1981.”

“It should also be emphasized,” continued Bedell Smith, “that Diana strayed first from the marital bed, with her affair that began in 1985 with her protection officer, Barry Mannakee. He was transferred out of the Wales household in the summer of 1986, which upset Diana. She met James Hewitt shortly afterward, and they became lovers that November.”

If anyone in the Wales marriage was emotionally abusive, Bedell Smith contends that it was Diana.

“She mocked Charles’s ideas and declined to read her own briefing material or take the advice of the courtiers assigned to help her,” said Bedell Smith. “As their marriage frayed, she abused Charles emotionally, taunting him for the medals he wore, for instance, and telling him he would never be king. To his credit—and contrary to some of what I am told appears in The Crown—Charles did not respond in kind.”

The new season of The Crown sympathizes with Diana as the wronged character in Charles and Diana’s bad romance, much like the media did at the time of the royal couple’s combustion. It has taken 20 years for the British to forgive Charles and accept Camilla, whom Charles married in 2005, as the Duchess of Cornwall—a role in which she has recently flourished.

“Charles and Camilla have come a long way with all their hard work, especially during the coronavirus pandemic,” said Bedell Smith. “Camilla, in particular, has transformed herself from a woman scorned to someone widely admired for her charitable work and respected for assuming her royal role with a genuine commitment. People have come to regard her as a good egg, and to accept the idea of her being queen consort. Because viewers believe incorrectly that The Crown is true, this season in particular could undo all the good feelings about Charles and Camilla and resurrect the hostility from two decades ago. It will also reinforce the false mythology that Diana was the sainted victim.”

In Vickers’s opinion, there is a respectful way to revisit Prince Charles’s ill-fated first marriage.

“I don’t mind if you turn somebody into a fictional character—maybe he’s got sort of sticking-out ears and he looks a bit like Prince Charles, but you call him something different. Fine. But to actually put a real person into a semi-real situation and then cook the books…it’s unbelievable what they do.”