The court shoe (British English), or pump (American English) // VIDEO: Shoes You Should Wear For A Black Tie Event 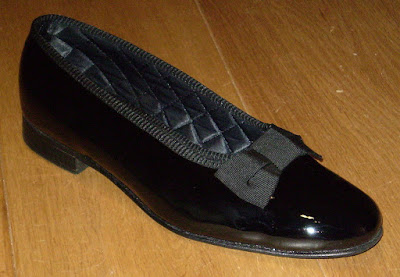 A court shoe (British English), or pump (American English), is a shoe with a low-cut front, or vamp, with either a shoe buckle or a black bow as ostensible fastening. Derivating from the 17th and 18th century dress shoes with shoe buckles, the vamped pump shape emerged in the late 18th century. By the turn of the 19th century, shoe buckles were increasingly replaced by black bows, which has remained the contemporary style for men's formal wear, leather or patent leather evening pumps ever since. This latter style is sometimes also called a opera pump or opera slipper.

The construction of pumps is simple, using a whole-cut leather top with a low vamp, lined with either quilted silk or plain leather, trimmed with braid at the opening. The full leather sole is either glued onto the bottom, common on cheaper styles, or sewn, as on more costly bespoke styles still made traditionally, using a shallow slit to lift a flap of leather around the edge to recess and hide the stitching. The sole is, as on ordinary shoes, several layers of leather put together. The bow is made of grosgrain silk or rayon, in a pinched or flat form.

For women, pumps with a strap across the instep are called Mary Janes. Pumps may have an ankle strap. 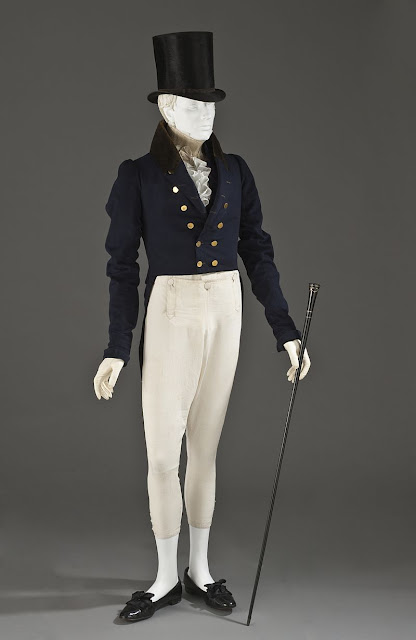 In the Regency period, during the day upper-class gentlemen in western Europe wore dress boots, and boots or pumps by night, which accompanied silk knee-high stockings and breeches. The shoes originally had silver cut-steel buckles, but these were removed by the influence of Brummell, and a square grosgrain bow was added. By Victorian times, evening footwear was pumps when there would be dancing or music (hence the name opera shoe or opera slipper), and patent leather dress boots otherwise. Pumps remained as standard with evening full dress until the 1930s. At that time, the dress boot was also going out of fashion, as laced shoes began to be worn at all times.

Even though it now survives in much the same form as it was at the start of the 19th century (though it is occasionally now worn with plain, not patent or calf) pumps have been largely displaced by Oxfords, perhaps because of an effeminate image and the declining use of white tie. It remains acceptable (though rare) with black tie, and, since formal boots are now hardly ever worn, pumps are standard with white tie, their only remaining common use. They are still preferred with formalwear by many leaders of style. The original versions worn with steel cut buckles are still worn as part of British court uniform and dress.