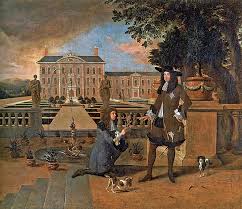 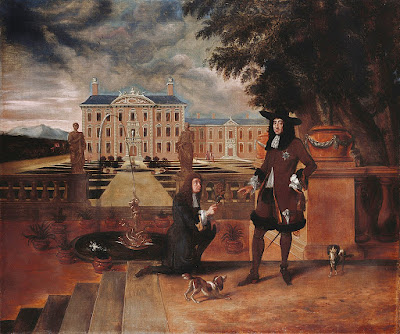 On October 7 of the year 1666, King Charles II of England revealed that he would be launching a new type of fashion piece in men's wear. Scholar Diana De Marly suggests that the formation of such a mode of dress acted as a response to French fashion being so dominant in the time period. The item King Charles II was referencing on that day was a long piece donned beneath the coat that was meant to be seen. The sleeveless garment may have been popularized by King Charles II, based on the facts that a diary entry by Samuel Pepys (October 8, 1666) records that ‘the King hath yesterday Council declared his resolution of setting a fashion for clothes...it will be a vest, I know not well how; but it is to teach the nobility thrift.'

The general layout of the vest in King Charles II’s time stands as follows: buttons very closely sewn together arranged in two rows lined the front body of the vest underneath a wide open coat face.

The new vest was a tight-fit, knee-length garment that followed the line of the coat and was worn underneath it. Made from plain, cheap material, it was supposed to discourage the costly use of lace and muslins, which had previously been worn under men’s jackets. Nine days later, Pepys remarked that “the court is all full of vests” and scheduled an appointment with his own tailor. Ever the rival, French King Louis XIV ordered his footmen to adopt the vest as a way to debase the new English style.

John Evelyn wrote about waistcoats on October 18, 1666: "To Court, it being the first time his Majesty put himself solemnly into the Eastern fashion of vest, changing doublet, stiff collar, bands and cloak, into a comely dress after the Persian mode, with girdles or straps, and shoestrings and garters into buckles... resolving never to alter it, and to leave the French mode".

Samuel Pepys, the diarist and civil servant, wrote in October 1666 that "the King hath yesterday in council declared his resolution of setting a fashion for clothes which he will never alter. It will be a vest, I know not well how". This royal decree provided the first mention of the waistcoat. Pepys records "vest" as the original term; the word "waistcoat" derives from the cutting of the coat at waist-level, since at the time of the coining, tailors cut men's formal coats well below the waist (see dress coat). An alternative theory is that, as material was left over from the tailoring of a two-piece suit, it was fashioned into a "waste-coat" to avoid that material being wasted, although recent academic debate has cast doubt on this theory. 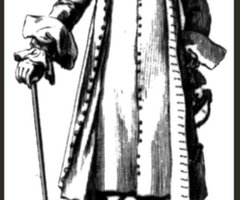