Crockett & Jones - In The Making 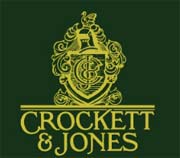 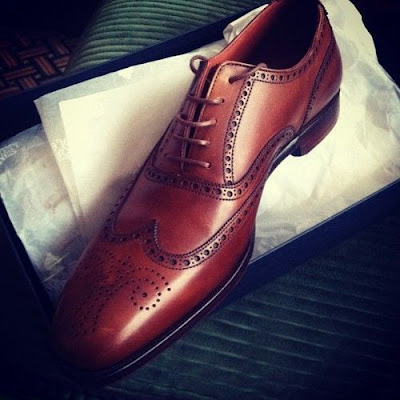 If shoes maketh the man, then these days most of us are moulded on production lines in China, Vietnam and Bangladesh. Back in 1968, however, the British shoe industry employed 92,000 skilled workers, who between them rustled up more than 200 million pairs of shoes that year alone. Some 185 million of these were bought - and worn - in Britain.

This was the high-watermark of home-grown shoemaking. Already the rubber-soled spectre of foreign-manufactured footwear loomed, poised to give our indigenous cobblers a kicking. The British agitated for protectionist legislation in vain, and department stores gleefully offered up cheaper alternatives from the European Common Market and beyond.

Now, four decades on, the National Union of Boot and Shoe Operatives is but a magnificently named memory. What remains is approximately 4,500 British shoe workers producing five million pairs a year - many of which are partially assembled abroad first, then sneakily stamped "Made in England" on the (English-made) sole.

Yet as the rest of the business has withered (no gold-standard women's shoe factories survive) the market for high-quality, entirely-British made mens' shoes is thriving.

Northampton-made "Goodyear Welteds" are now to masculine footwear what French champagne is to fizzy wine, and the few companies that still provide them face unprecedented demand. Recognising this, Italy's Prada snapped up Church's, while France's Hermès purchased John Lobb. Both foreign proprietors have proved benevolent.

The biggest and best-known British-owned shoemaker is Crockett & Jones, currently run by the great, great grandson of its co-founder, Charles Jones. Begun with a £200 grant in 1879, the firm started as a small-scale producer of men's boots. By the Thirties, it was producing 15,000 pairs of (mostly women's) shoes a week and went on to supply more than a million pairs of officer's boots to the war effort.

Like every other British shoemaker, however, C&J was badly buffeted in the Seventies, and at its lowest ebb made only about 60,000 pairs a year.

Since then, says its managing director Jonathan Jones, production has grown to 130,000. "We're flat out at the moment and our biggest problem is managing that demand and finding the skilled labour we need to do it." There are currently 200 people on the Crockett & Jones factory floor, and it is actively recruiting for more.

Because they really are made here, and because the company must compete with France's booming luxury handbag businesses for the calfskin required for its gleaming, patinated uppers, Crockett & Jones shoes are extremely expensive. "Main collection" styles start at around £300 while "hand grade" and shell Cordovan (horsehide) shoes cost hundreds more. Reportedly, they are worth it; C&J wearers, including one particular enthusiast at The Daily Telegraph, claim a decade or more's use from each pair.

Most of these wearers also develop a tub-thumpingly evangelical mania for the company. Over 20 years of slow-but-steady expansion, their word-of-mouth recommendations have helped C&J grow from a firm known for producing shoes for others - including Ralph Lauren and Brooks Brothers - into a potent brand in its own right.

Now 70 per cent of the Crockett & Jones's shoes are exported, with Japan (where they particularly appreciate a suede chukka) and the US (keen on the traditionally English round toe) both especially strong markets. Less countrified than Tricker's, less rarefied than Edward Green, and better-known internationally than either Cheaney or Alfred Sargent, Crockett & Jones appears perfectly placed to spearhead a small, but heartening revival for Britain's once-mighty shoe industry. 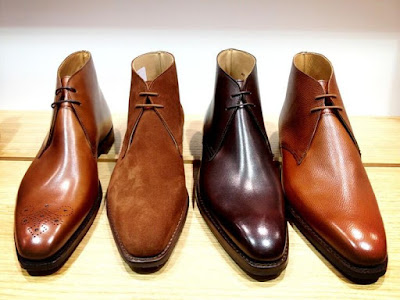