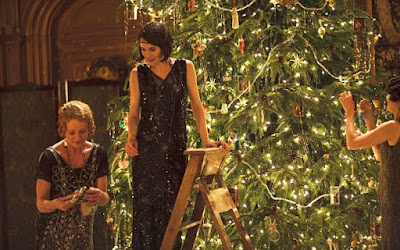 Downton Abbey review: the glorious fantasy of Britain comes to an end

They managed to resist covering everything in snow until the very end, but Downton Abbey’s final ever episode was very much a kitchen sink affair. Julian Fellowes chucked in a wedding, a birth, new jobs and old fights, and a spirited version of Auld Lang Syne to wrap it all up.

The big rivalry between Michelle Dockery’s Lady Mary and Laura Carmichael’s Lady Edith was resolved. Dinner at The Ritz helped. Lady Mary engineered a sneaky date with Bertie (aka the 7th Marquess of Hexham), and soon Lady Edith had fought off her destiny as the great spinster of Downton and was instead making plans for a New Year’s wedding (saves on decorations, plus it’s one less big party scene to film) and life as a Marchioness.

“You’re such a paradox: you make me miserable for years, then you give me my life back,” said Edith to Mary, a line that no doubt echoes the sentiments from many of Downton’s unwilling viewers in living rooms across Britain. Lady Edith even found the courage to knock Bertie’s mother off her moral high horse with a truth bomb: admitting that ward Marigold is her illegitimate daughter.

Henry Talbot (Matthew Goode, adding some last-minute class to proceedings) gazed into the distance, smoking with all the existential angst of a man about to enter a new year without much to do. Watching a pal die while motor racing will do that to a chap. Tom came to the rescue with a plan, and the ex-chauffeur and the ex-racing car driver teamed up to become second-hand car salesmen – just what the village needs!

Bates and Anna got their happy ending: a New Year’s baby, with Lady Mary for once helping Anna off with her shoes, and tucking her into bed – see what they did there? Countess Violet (Maggie Smith) continued to be the Downton character with the most uptown funk, stepping in to help Isobel Crawley fend off Dickie Merton’s mean daughter-in-law (“If reason fails, try force!”), and Lady Rose returned to up the glamour factor (Lily James in a cameo presumably tucked in before her starring role in BBC1’s lavish New Year’s Day production of War And Peace).

Elsewhere, the arrival of an electric hairdryer (whatever next!) prompted Daisy to chop off her hair and join the bob squad, Mr Molesley accepted a job as a teacher (but still squeezed back into his livery for New Year) and Baxter freed herself from her criminal past by … doing nothing.

After all these years, it’s still hard to nail down what Downton Abbey actually is. UK critics might have been surprised to see it nominated again in this year’s US Emmy awards for best drama – the only British entry, alongside Game of Thrones, Orange Is the New Black and Mad Men. But it’s been a proper international blockbuster, up there with Doctor Who and Top Gear in terms of British TV with cut-through appeal across the world.

At home, the show has always played like a posh pantomime – a fantasy vision of a Britain that never really existed, where everyone from kitchen maid to second footman is happy with their lot because the people at the top are such bally decent chaps. It’s also ended up being a place where both the staff grinding away downstairs and the toffs in ball gowns upstairs have been gifted with a peculiar sense of foresight, a tangible sense of their place in history and how “things” will never be the same again, once they’re off the screen.

It’s certainly the purest Sunday night soap we’ve had for years; sometimes it’s been an hour populated by 20-odd characters in search of a plot, and sometimes it’s filled with great performances and insight into class and position.


We leave the cast staring hopefully at the dawn of 1926, the class system alive and well, and only the gaping hole in Sunday night’s TV schedules to make the ITV bosses sad. You can imagine them sympathising with Isobel and Violet’s final toast at New Year: “We’re going forward to the future, not back into the past.” “If only we had the choice.” It’ll be a while until ITV produces anything as ridiculous and successful as Downton Abbey. 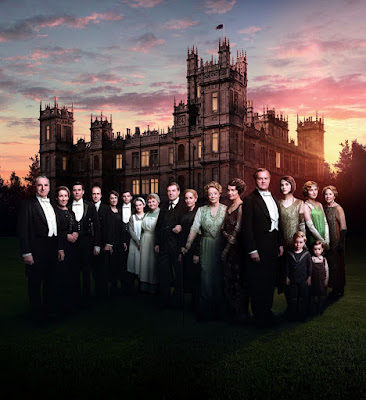 'With any luck, they’ll be happy enough, which is the English version of a happy ending'

After six series, 51 episodes and almost a decade’s worth of drama, misunderstandings and withering putdowns, Downton Abbey came to an end with a feature-length Christmas special containing a wedding, a pregnancy, a birth, the prospect of new horizons and the changing of the old guard.

As ever with Julian Fellowes’ long-running tale of life above and below stairs the plot wasn’t really the thing (although it was a pleasure to see permanently thwarted valet Barrow finally given a reason to smile after Lord Grantham named him butler on Carson’s enforced retirement).

This was the ultimate piece of Christmas television viewing, an unashamedly sentimental send-off that saw wrongs righted, love conquer all and even Lady Mary’s famous Freudian slip down a notch.

“We’re sisters and sisters keep secrets,” she remarked of her fraught relationship with Lady Edith, as close as long-term viewers will get to an acknowledgement that she was in the wrong.

Yet even as we said farewell to the assorted members of the Crawley clan, thoughts turned to what ITV will do next. Fellowes’ comforting, conservative confection became a global phenomenon, watched in 250 territories worldwide and pulling in over 120 million viewers globally.

It was particularly big news in America where ratings have continued to rise even as the most devoted fans acknowledged that the writing had slipped.

It could also be said to have single-handedly revived ITV’s fortunes – in 2010, the year the series began, the channel trebled its annual profits posting a pre-tax total of £312million up from £108 million the previous year.

In March 2014 ITV posted full-year pre-tax profits of £712 million. The pressure now will be on to find a suitable replacement with the smart money on Daisy Goodwin’s upcoming take on the early life of Queen Victoria which features former Doctor Who star Jenna Coleman in the lead role.

Even with that pedigree the new series will have some way to go to rival Downton’s appeal.

As to why this series hit the spot above all others pulling in millions of viewers each week, the answer is simple: beneath the Big House trappings, the elegant costumes and the tantalising peaks into how the other half might once have lived, Downton Abbey was a soap opera.

You always knew how each character would act and react and, like any good soap, the more plots changed the more they stayed the same.

The 1900s might give way to the roaring Twenties and the Crawleys strive to adapt with the times but our enjoyment came from knowing that this was a show where even the darkest moments came bathed in warm nostalgia for times long past.

As the episode finished Fellowes unashamedly made one last bid for our heartstrings cuing up the familiar strains of Auld Lang Syne as snow fell thick outside.


In truth Maggie Smith’s Dowager Duchess of Grantham had delivered the best obituary earlier when she remarked: “With any luck they’ll be happy enough, which is the English version of a happy ending.” Few among us could ask for more.