One Savile Row: The Invention of the English Gentleman: Gieves & Hawkes 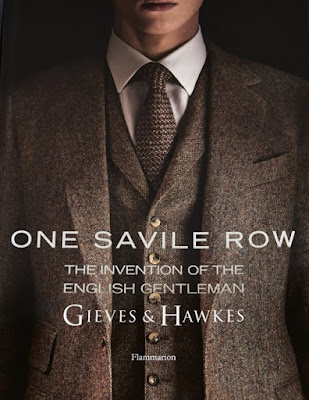 Savile Row is the worlds iconic address for the best in bespoke tailoring, and home to legendary Gieves & Hawkes, suppliers to the British military for more than two centuries and furnishers to elegant gentlemen today. The company began by designing attire for Britain's most illustrious officers, including Admiral Lord Nelson and The Duke of Wellington, as well as ten generations of British royalty, from King George III in 1809 to Princes William and Harry today. As masculine attire evolved after World War I, Gieves & Hawkes added civilian clothing to its repertoire, applying centuries of expertise in creating hand-made garments proportion, cutting, fitting, and quality fabrics to the finest bespoke tailoring. This volume traces the rich history of tailoring, drawing from Gieves & Hawkes vast, unpublished archives of client ledgers, garments and accessories, and photographs. Including today's bespoke tailoring and ready-to-wear collections, this is an indispensible book on classic mens style and fine tailoring. 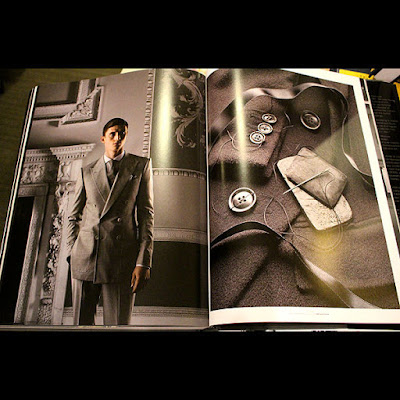 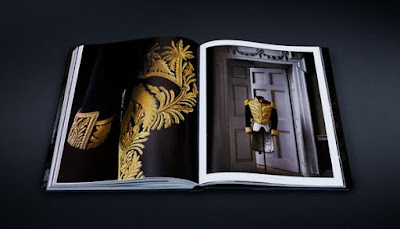 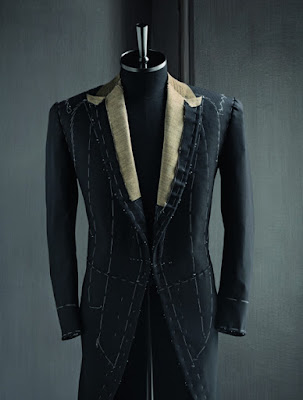 Gieves & Hawkes are a bespoke men's tailor and menswear line located at 1 Savile Row, London, founded in 1771 and owned by the Hong Kong conglomerate Trinity Ltd. Gieves and Hawkes is one of the oldest continual bespoke tailoring companies in the world. The company holds a number of Royal Warrants, and provides ready-to-wear as well as bespoke and military tailoring. The current creative director is Jason Basmajian, formerly of Brioni.

Gieves & Hawkes' business was originally based on catering to the needs of the British Army and the Royal Navy, and hence by association the British Royal family.
After coming to London in 1760, Thomas Hawkes set up his first shop in 1771 in Brewer Street, catering to gentlemen. His main clients were commanders of the British Army, through which King George III became a customer. He expanded his retail operation by moving to No.17 (later number No.14) Piccadilly in 1793, where he gained the first of many Royal Warrants in 1809.
In 1835, James Watson Gieve was employed by 'Old Mel' Meredith, a Portsmouth-based tailor by appointment to the Royal Navy. Meredith tailored the uniform that Admiral Lord Nelson was wearing when he was killed in action aboard HMS Victory at the Battle of Trafalgar[citation needed]. In 1852, Gieve partnered with Joseph Galt, and in 1887, Gieve purchased the remaining shares to form Gieves & Co. He died in 1888.
On 23 December 1912, Hawkes & Co. bought №1 Savile Row from the Royal Geographical Society for £38,000, in part because the firm had dressed so many explorers. In 1974, Gieves Ltd acquired Hawkes & Co., and the freehold of 1 Savile Row. The company was renamed Gieves & Hawkes. In 2009, Kathryn Sargent of Gieves and Hawkes became the first female head cutter in Savile Row
The company also produces the uniforms for the Honourable Corps of Gentlemen at Arms.
The company was bought by Hong Kong-based property developer and garment manufacturer USL Holdings Ltd in 2002, having listed unsuccessfully as a Plc. In May 2012, Gieves & Hawkes was acquired by Trinity Limited, and the distribution of Gieves & Hawkes continues to expand with over 100 stores and concessions around the UK and in Hong Kong, China, and Taiwan.
In June 2009, Gieves & Hawkes began a new partnership with British Formula One team Brawn GP, providing the team with their official attire, a grey, single-breasted, two-button, mohair suit, white shirt, and distinctive team-coloured tie.
The Savile Row flagship store was renovated in 2011 and transformed into a men's-wear emporium, which includes concessions for Carreducker (bespoke shoemaker). In October 2011, Gieves & Hawkes sponsored the Scott-Amundsen Centenary Race conducted by six serving soldiers of the British Army, with all proceeds going to the Royal British Legion. 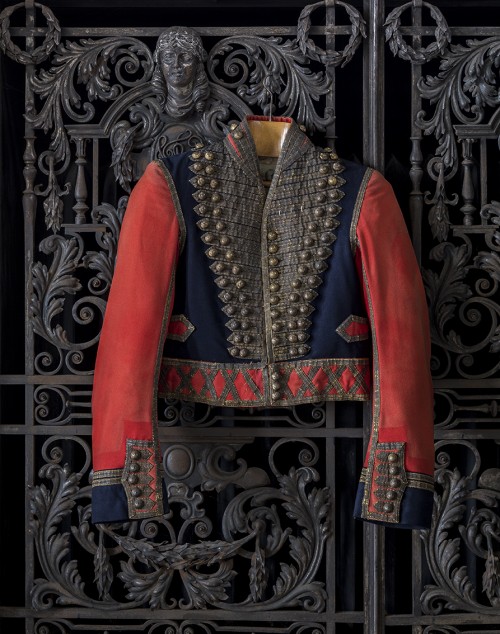 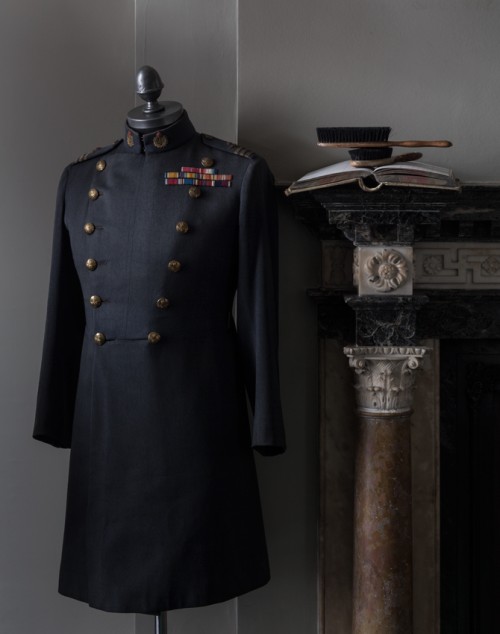 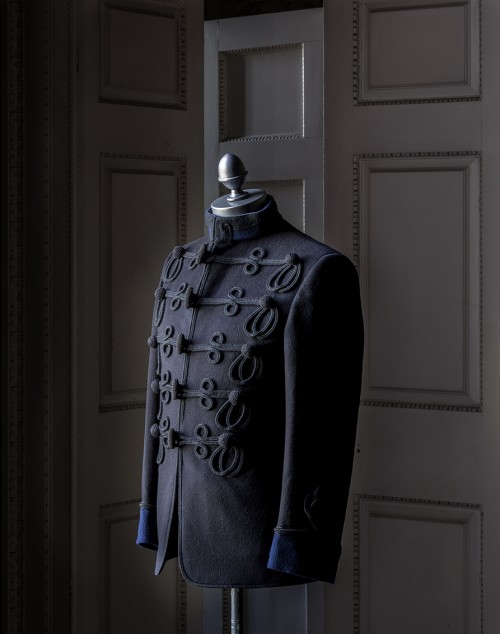 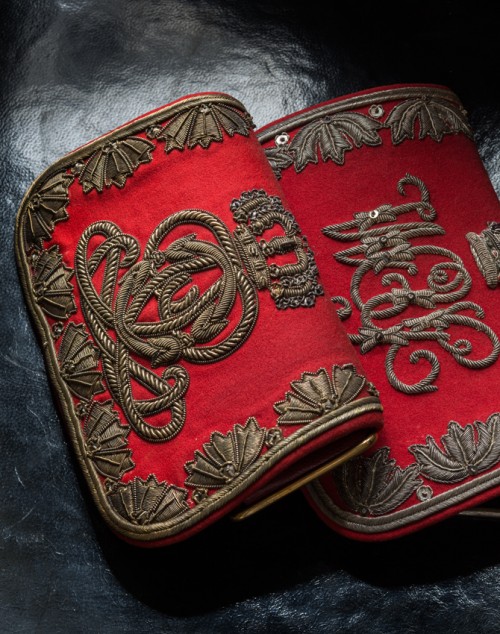 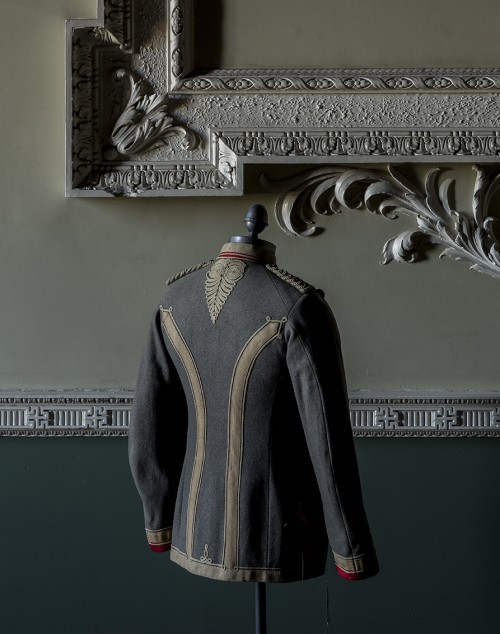 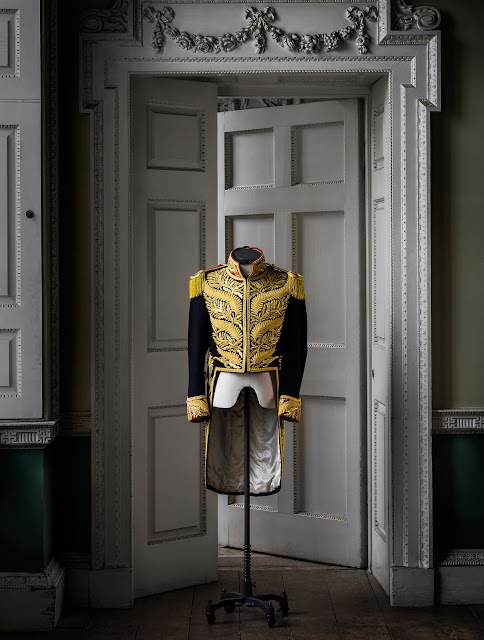 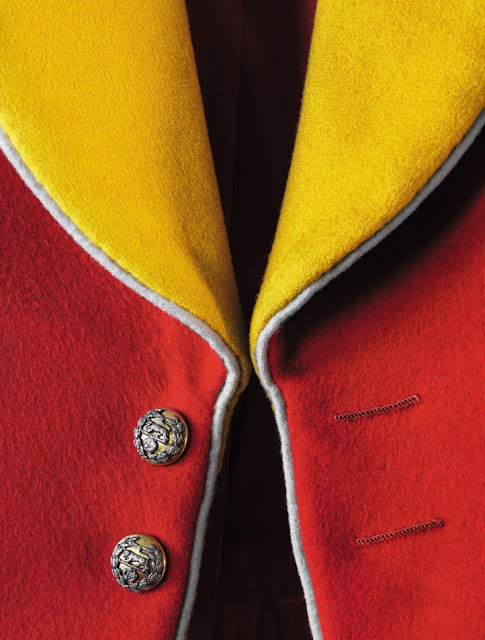 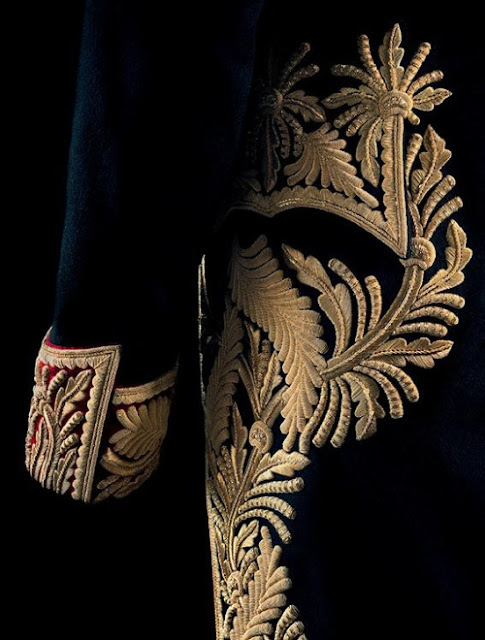