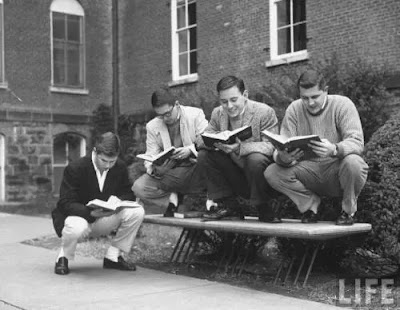 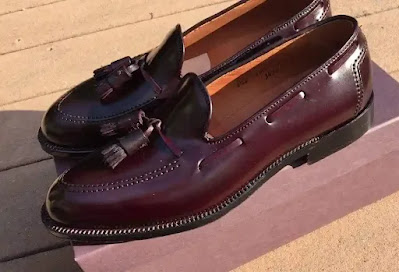 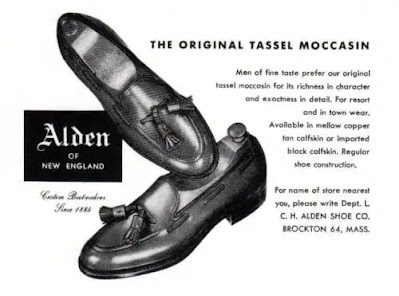 Tassel loafers are one of the youngest models of all classic footwear, and it came to be after a commision from a well-known actor to the American brand Alden. Here is the story of the emergence of the tassel loafer.

Just as many are shocked that we are becoming more and more informal nowadays, the situation was the same during the first half of last century. And just like now, it was younger part of the population who pushed this development, then perhaps most of all college and university youth in, for example, the United States and England. In the 1930s between the World Wars, American college youngsters adopted a version of a slip-on shoe that Norwegian fishermen used, which came to be called penny loafers (more about its history in later posts, at all, the Norwegian shoe industry has had major impact in several areas for classic shoes). The interesting part with younger shoe models is that you often have more facts and details on the birth of the shoes, which is the case with the tassel loafer, for example several quotes from the CEO of Alden at the time, Robert Clark, which Bruce Boyer included in a fine essay on the tassel in a 1998 issue of the Cigar Aficianado magazine.

The one who set the ball rolling for the birth of the tassel loafers was the Hungarian actor Paul Lukas, who won an Oscars in 1943 for his role in the movie Watch on the Rhine. He had bought a pair of oxfords at home in Europe that had small leather tassels at the end of the laces. Lukas wanted to make his own version of the shoe, and in 1948 went to the New York firm Farkas & Kovacs, which made a variant where the lacing also ran along the shoe’s opening. Paul Lukas thought the shoes design were great, but they were a bad fit. So he went on and took the right shoe to another New York company, Lefcourt, and the left shoe to Los Angeles-based Morris Shoemakers. Oddly enough, both of these turned to reputable, already large, shoe company Alden.

Here they made a change on the model made by Farkas & Kovacs, ignored making a lace-up shoe but took the penny loafer with their apron as a base, made it on a comfortable round last, and put the leather strap with the tassels around the opening now only as decoration. Voilà, the first tassel loafer had seen the light of day, and Paul Lukas was very pleased.

Alden realised the potential of the model, a shoe of casual elegance, which worked in both informal and more formal contexts. In 1950, it was introduced in their line-up, where the stores Lefcourt and Morris had exclusive premiere of it. They instantly sold like hot cakes, not least then among the Ivy League students who saw it as a slightly more formal version of the penny, and within a couple of years Alden had tassel loafers in 20 different leather variants.

Still today the shoe model is very much loved, and looks in most cases often very similar to the first version almost 60 years ago. Basically all shoe brands have a version of the tassel loafer in their range. In the United States, just like the case with penny loafers, it is also accepted for business attire, so there it is a very versatile shoe. However, many (including myself) have a hard time with the tassels, the tassel loafer will always be a bit of a divider, but with enough people on their side to live on into the future.