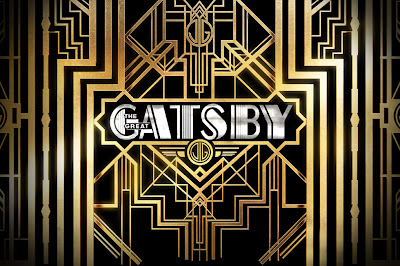 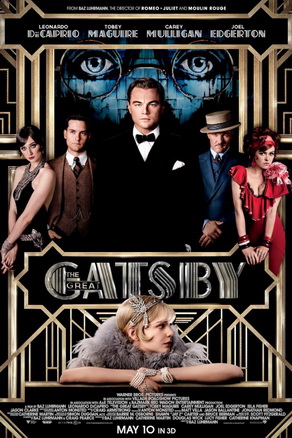 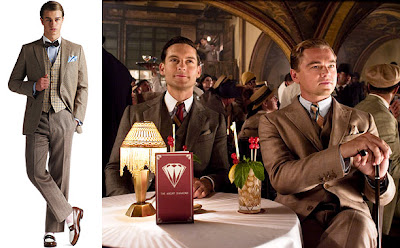 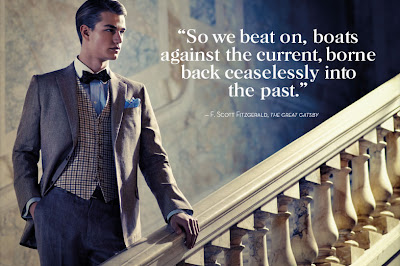 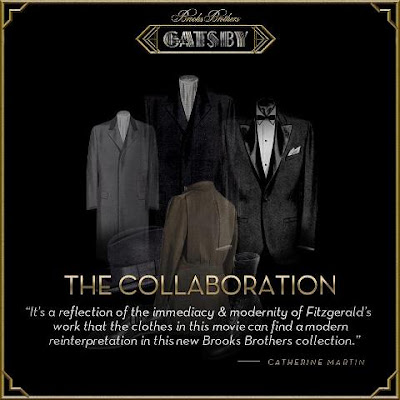 Brooks Brothers launches Great Gatsby-themed menswear collection - but at $848 for a jacket you'll need wealth to match the monied characters
By SADIE WHITELOCKS PUBLISHED: 15:24 GMT, 16 April 2013 in The Daily Mail.
Read more: http://www.dailymail.co.uk/femail/article-2309638/Brooks-Brothers-launches-Great-Gatsby-themed-menswear-collection--848-jacket-youll-need-wealth-match-monied-characters.html#ixzz2SOxMLqtU Follow us: @MailOnline on Twitter | DailyMail on Facebook
Brooks Brothers has launched a limited-edition Great Gatsby-themed menswear collection, to coincide with the release of Baz Luhrmann's hotly-anticipated film on May 10.
The 195-year-old clothing brand created more than 500 men's outfits in partnership with the film's Oscar-winning costume designer, Catherine Martin, and now a small selection of the inspired looks have gone on sale.
The art-deco inspired range, which includes everything from three-piece check suits to straw boaters and wingtip shoes, channels the same 'dreamlike world of pristine green lawns and lavish parties' depicted in F. Scott Fitzgerald's original 1925 novel.
And just like the wealthy characters in the book, customers will need deep pockets as prices range from $55 for a silk tie, to $848 for a tuxedo jacket. Two full Brooks Brothers suits from the mainline can cost as little as $999.
Ms Martin, who is married to the film's director, Mr  Lurhmann, pointed out that Brooks Brothers is mentioned numerous times in Fitzgerald's tome, and he himself was a customer, making the project completely authentic.
She added that the brand was considered to be 'the ultimate gentleman’s purveyor of fine clothing to the American man of distinction' during the Roaring Twenties.
Men looking to embody the story’s ever-dapper lead Jay Gatsby, played by Leonardo DiCaprio, will find the pink suit that he wore in a bid to impress Carey Mulligan' beautiful character, Daisy Buchanan.
And the shawl cardigan worn by Yale graduate Nick Carraway, who is brought to life by Tobey Maguire, is also included in the Brooks Brothers Great Gatsby Collection, along with a range of waistcoat and bow tie offerings.
There is even a beech wood walking cane based on the one Mr Gatsby carries in the film.
The Great Gatsby logo is sewn into each tag, along with a Twenties-era Brooks Brothers logo, based on an example from the company’s archives.
The collection is available online and in stores, some of which, including the New York Madison Avenue flagship, will exhibit a selection of the film’s actual costumes.
For the film, which is set for release next month in the U.S., Ms Martin worked with Brooks Brothers' archivist, designers and merchants to research textures, patterns and fabrics worn by various social classes during the Twenties.
Fittings for the cast and extras were staged in New York as well as Australia, where the movie was filmed.
The wardrobe itself was produced in Brooks Brothers' factories in Massachusetts and North Carolina.
Ms Martin previously explained to WWD: '[Brooks Brothers] also defined the collegiate style - the preppy look - which was so close to F. Scott Fitzgerald's heart.
'It seemed the obvious partner to work on the creation of the men's wardrobe.'
Claudio Del Vecchio, chief executive officer of Brooks Brothers, is proud of the film's achievements.
He said: '[Catherine Martin] brings F. Scott Fitzgerald's world to life.
'She truly has defined the men's wear of the Roaring Twenties with her creativity, attention to details and passion for the era.'
Of course, it is not the first high-profile collaboration for the label.
It has contributed to hit TV series such as Mad Men, Glee and Law And Order. 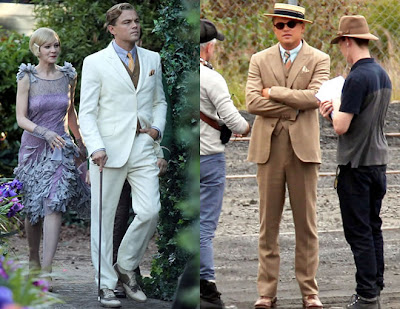 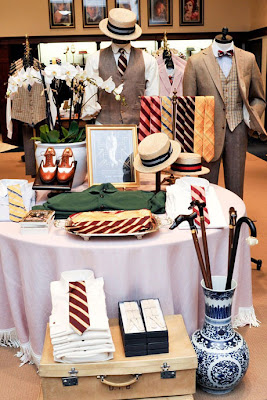 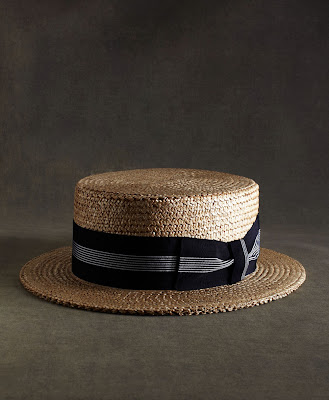 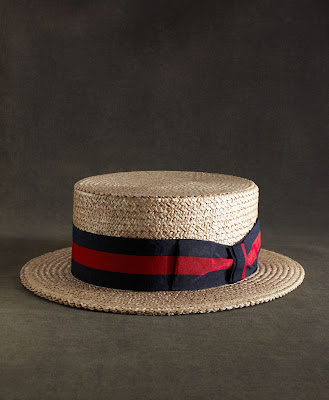 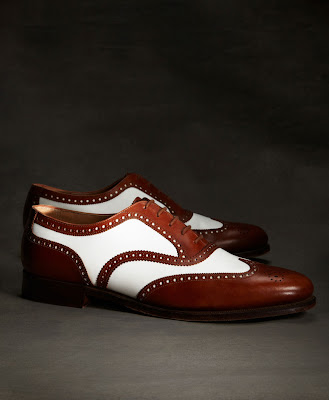 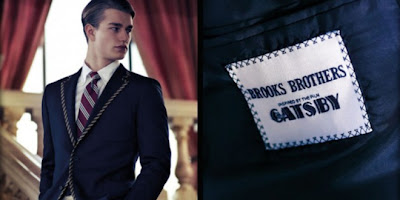 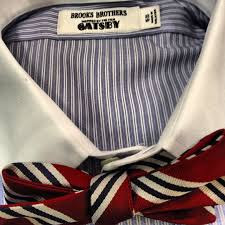 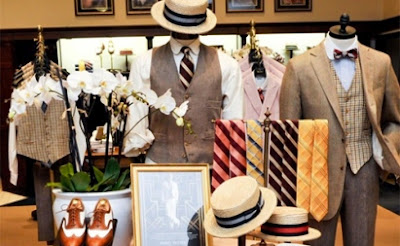