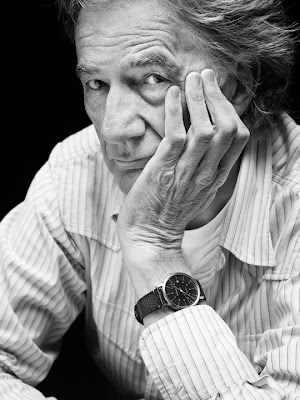 At the age of 16, with no career plans or qualifications, Paul Smith was propelled by his father into a menial job at the local clothing warehouse in his native Nottingham. However his real passion was sport and his ambition was to become a professional racing cyclist, until aged 17 years when cycling-mad Paul was in a terrible accident.

Six months in hospital followed and during this time Paul made some new friends. After leaving hospital he arranged to meet them again and by chance the meeting place was a local pub that was popular with the students from the local art college.

They talked of Mondrian, Warhol, Kokoshka, David Bailey and listened to the Rolling Stones, Miles Davis and much more. It was then Paul knew he wanted to be a part of this colourful world of ideas and excitement.

Within two years, Paul Smith was managing his first boutique in Nottingham and with the encouragement of his girlfriend Pauline Denyer (now wife) and a small amount of savings, opened a tiny shop in 1970. Paul started to take evening classes for tailoring and with the help of Pauline (an RCA fashion graduate), Paul was able to create what he wanted. By 1976 Paul showed his first menswear collection in Paris under the Paul Smith label.

In business for over 40 years Paul Smith had established himself as the pre-eminent British designer. Paul Smith has an ability to anticipate, and even spark off trends not only fashion but in the wider context of popular culture. He manages to transmit a genuine sense of humour and mischief mixed with his love of tradition and the classics

The Paul Smith shops reflect the character of Paul and his designs, an unmistakable Englishness augmented by the unexpected. Each and every Paul Smith shop is totally different, from a shocking pink building with movie set styling on Melrose Avenue, LA, to a Japanese garden at the heart of the Jingumae store in Tokyo. Each shop is a showcase for diverse and eccentric objects complementing the clothing collections with an extensive selection of jewellery, books, art and antiques.

Paul explains his eclectic aesthetic: “We’re a leading and uniquely British brand. We mix up one-off antiques with high quality tailoring: the chair you sit on when you buy a suit is for sale and we can wrap the suit and have the chair waiting for you when you get home.”

Paul Smith is global - the collection is wholesaled to 66 countries and has 17 shops in England. Paul Smith shops are found in London, Paris, Milan, New York, San Francisco, Los Angeles, Antwerp, Hong Kong, Singapore, Taiwan, Korea, U.A.E. – and over 200 throughout Japan. Paul remains fully involved in the Japanese business; designing the clothes, choosing the fabrics, approving the shop locations and overseeing every development within the company. Paul Smith also has impressive and diverse showrooms in London, Paris, Milan, New York, and Tokyo.

Paul Smith continues to be an integral part of the company; he is both designer and chairman. Paul Smith is continually involved in every aspect of the business and as a result, Paul Smith Limited retains a personal touch often lost in companies of a similar size.
http://www.paulsmith.co.uk/company/ 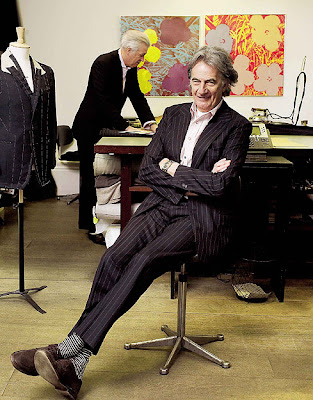 1992
Showroom/Press office opens in Paris (May)

1993
Autumn/Winter 1993 collection is shown in Florence, as guest of Pitti Immagine (January)

1993
Covent Garden shops extended to include “The British Room”, a shoe shop and children’s wear

1994
Autumn/Winter 1994 collection is shown in Cologne, as guest of Kölnmesse (February)

1994
Spring/Summer 1995 collection is shown in Barcelona, as guest of Gaudi Barcelona (September)

1996
Exhibition of ‘Parking Allotment’ by Max Jourdan in the R.Newbold Gallery (6-16 November) 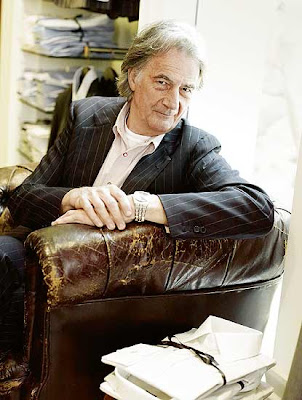 1997
Exhibition in R.Newbold Gallery by Mike North entitled ‘Into The Dee’ (3-21 November)

2002
Launch of Paul Smith line of furniture for Cappellini (April)

2003
Launch of the ‘Furniture and Things’ collection (September)

2003
Publication of paperback edition of ‘You can find inspiration in everything…..’ (November)

2004
Shop opens In Hong Kong at the Landmark, the Central District

2004
Shop opens in Tawain in the Breeze Centre Taipei

2005
Paul Smith won the 'Great Britons Award for Business' at the Great Britons '04 event organised by Morgan Stanley, RSA in association with the Daily Telegraph 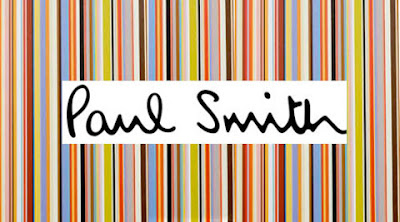 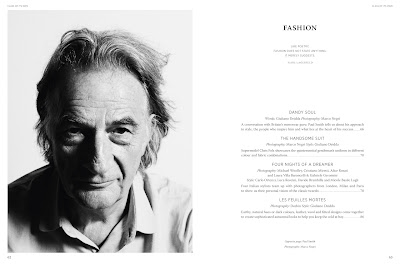 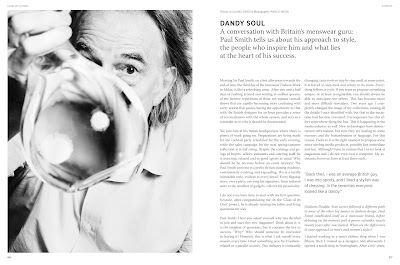 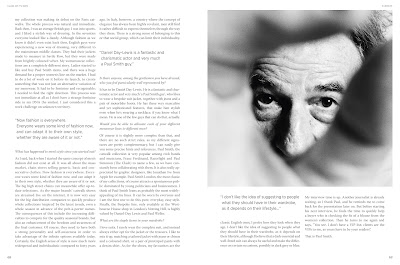