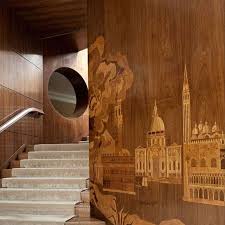 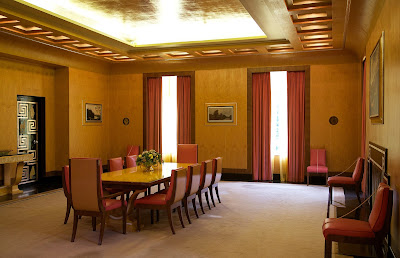 Marchese Piero Luigi Carlo Maria Malacrida de Saint-August (1889–22 April 1983) (also known as Pier or Peter Malacrida) was an Italian aristocrat, playboy and London-based interior designer. He and his first wife, the poet Nadja Malacrida, were prominent socialites in London in the late 1920s and early 1930s. Piero Malacrida is best known for his interiors at Eltham Palace. Following the death of Nadja in 1934, Malacrida withdrew from public life, although he later remarried.

Malacrida was a former cavalry officer who had studied Engineering at the University of Leeds. On 6 December 1922, he married an Englishwoman, Louisa Nadia Green, at St Bartholomew-the-Great. She was a niece of Lord Cowdray, usually known by her pen name of Nadja. She was a prominent socialite and literary celebrity in 1920s London. Known not only for her looks, charm and intelligence; she was also a BBC radio broadcaster, an aviatrix, racing driver, poet and set designer. She is best known today as a World War I poet.

The couple lived in a large and luxurious flat in Grosvenor Street and a country house at East Molesey, where they entertained many of the leading literary and artistic figures of the day.[6] As a result of their numerous accomplishments and connections the couple acquired a certain glamour and were frequently mentioned in society gossip columns and the court pages of the London newspapers. In addition, Malacrida himself frequently wrote articles on design for international publications such as Vogue. All this brought him to the attention of wealthy clients and patrons.

The marriage is reported to have been happy; when apart, they wrote each other daily.[6] Each pursued their own hobbies independently while sharing many common interests and collaborating on some of their written works; however, both professed to not being natural authors.[6]

Writing in the late 1920s, Malacrida rejected the then current concepts of interior design; he specifically criticised what he described as the "cottagey-inglenook-pickled oak school" and also the "walnutty Queen-Annish style" then currently in vogue, describing them as "locked in the past." The former style was later to be described by the architectural historian, Osbert Lancaster, as Stockbroker Tudor. Malacrida, though, was not beyond drawing upon medieval and Gothic motifs as was obvious in his design for a staircase hall in Upper Brook Street, London. There, bare stone walls were adorned with medieval wooden figures and Venetian bucentaur lanterns while the room itself is covered by a trompe l’oeuil ceiling depicting leaves against a sky.

Malacida's early works mostly drew on classicism for inspiration, often designing circular or semi-circular columned rooms in the manner of temples. Such was the bathroom he designed in 1932 for Samuel Courtauld, in a house - now a Grade II* listed building - at 12 North Audley Street, Westminster, which not only had columns, but also painted feature panels by Rex Whistler.Another bathroom design, "in the Pompeian style", with walls of red marble, commissioned in 1922 by Samuel Courtauld was for a suite, now known as the "Lady Islington suite", in Home House, Portman Square. The Audley Street work and an article by Malacrida in a 1928 edition of Vogue show his designs to be very much in the style that Osbert Lancaster was to describe as Curzon Street Baroque. The Vogue article shows the ecclesiastical niches and prie-dieux, large feature paintings and trompe-l'œil which were the hallmarks of that style.

By the early 1930s, Malacrida's work had become a pared back, streamlined form of Art Deco which never quite fully embraced Modernism. Malacrida is best known for his interiors in the 1930s rebuilding of Eltham Palace for Stephen Courtauld and his wife Virginia, Stephen was the brother of Malacrida's earlier client, Samuel Courtauld.

Piero Malacrida de Saint-August has been described as mysterious. This is because he arrived suddenly on the London high society social scene in the early 1920 and his work and social activities, along with those of his even better known wife, were almost instantly and incessantly reported in the press.[3] Then, almost as suddenly as he appeared, he disappeared.

His departure from public life was precipitated by the death of his wife in an unexplained motor accident in 1934. Driving alone, she was returning to London from a weekend in the country when her car left the road and plunged down an embankment, she died instantly from a broken neck. A love of speed was a mutual passion the couple had shared; they had owned a series of fast cars including Hispano-Suiza, Mercedes and Isotta Fraschini.

Following his bereavement, Malacrida immediately left London for a month, eventually returning only to complete his work at Eltham Palace. In 1935, he published Finale. Self-portrait of Nadja Malacrida, this included a memoir of Nadja by Cecil Roberts, a close friend of the couple. The book was a tribute to his late wife and contained letters the two had sent each other in the month before her death. Following publication of the book, Malacrida retired from public life to live in Ireland.

Today, few of Malacrida's works survive. Those that do include Eltham Palace and the bathrooms at North Audley Street and Home House.

Sometime in the early 1950s Malacrida remarried. His second wife, May (née Murphy) of Clonmel was a widow – her husband, Bernard Culhane, died on 29 December 1949 in a Dublin nursing home. Peter and May resided at Correen, a suburban villa, at 42 Ailesbury Road, Donnybrook, Dublin.

In his will, he bequeathed a clock, once owned by Napoleon's mother, Letizia Ramolino, to the Irish State. However, the great wealth of his younger years was gone, he had sold his library of rare books in 1935 and his collection of fine French and European furniture and objets d’art in 1963. His Grant of Probate proved his wealth at Just £11,000. 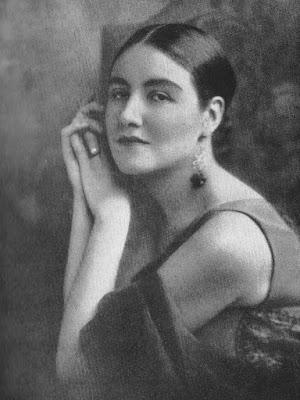 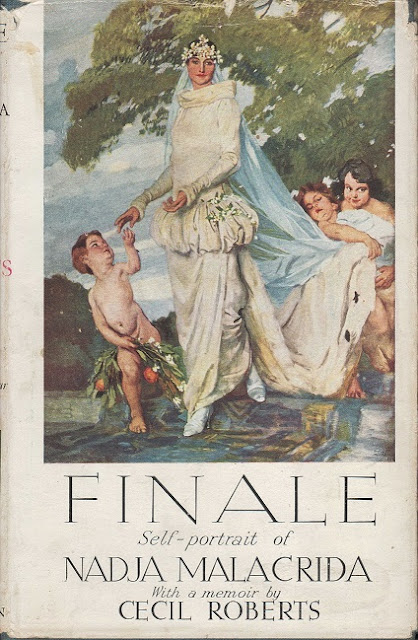 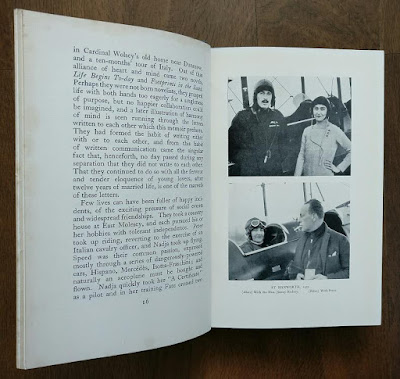 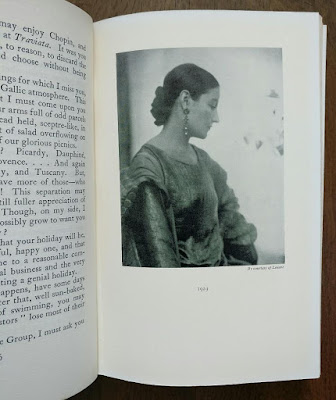 Malacrida, an only child, was born on 15 June 1895 in Hampstead, London, to businessman Charles Edward Green and his wife, Louisa Cass. She grew up at Paddockhurst in Sussex, the country estate of her uncle and aunt, Weetman Pearson, Lord Cowdray (later Viscount) and Annie Pearson, Lady Cowdray.

Malacrida published her first collection of poems, Evergreen, at the age of fourteen. A second edition was published in 1912. During the War, she published three volumes of poetry: Love and War (1915), For Empire and other poems (1916) and The full heart (1919). Brian Murdoch finds Malacrida's war poetry "well worth rescuing from the obscurity of the lost voices" and sees some ambiguity in the long poem "For Empire" for which the collection For Empire and other poems is named, with "very little of the patriotic tonality left". She donated the proceeds of her war poetry to two First World War charities that still exist as of 2019: St. Dunstan's, a home for soldiers blinded in the war, now with a wider remit under the name Blind Veterans UK, and the Star and Garter Home for Disabled Soldiers, now the Royal Star and Garter Home, Richmond.

Malacrida took part in an early John Logie Baird television broadcast in 1933,[8] and in 1934, the last year of her life, she frequently read mostly Victorian prose excerpts and poetry on BBC radio, under the name Nadja Green. She also appeared in a national newspaper advertising campaign for Vim household cleaner, where she was quoted as explaining that it was "no use having new ideas of decoration if you have old ideas of dirt"and contrasting the dusty hangings and bric-à-brac of the Victorian era with the simple, spare modern interiors, which must be kept clean because "every speck and spot is glaringly obvious".

In June 1921, Malacrida met her future husband, Marchese Piero Malacrida de Saint-August, an Italian journalist and former cavalry officer, at a charitable fundraising event known as Alexandra Rose Day at The Ritz Hotel, London. They were married on 6 December 1922, at St Bartholomew-the-Great, making her the Marchesa Malacrida de Saint-August. Her husband's family were a noble family from Lombardy. Shortly after their wedding, her husband expanded his activities into writing on interior design, and designing interiors, especially luxury bathrooms, for the upper class. The couple would buy flats at smart London addresses, then remodel and sell them, trading under the name "Olivotti". In 1926–1929, they lived at 4 Upper Brook Street, Mayfair.

The Malacridas were celebrities of their time, appearing at all the big society functions, and much reported on in the newspapers of the day. The marriage was reportedly very happy. They wrote to each other every day when apart, and their correspondence during her final month was published as Finale. Self-portrait of Nadja Malacrida. after her death in 1934, including her memoir by the Malacridas' friend Cecil Roberts.

Her portrait in oil was painted in 1926 by Ettore Tito. It was donated by her husband to the Galleria Internazionale d’Arte Moderna in 1981, two years before his death. Another portrait, by Olive Snell, featured on the front cover of the 4 December 1929 issue of The Sketch.

On 3 October 1934, Malacrida was killed in a single-vehicle crash while driving, alone, back to London from Cecil Roberts' country cottage just outside Henley. Her car was going uphill when it left the slippery road and plunged down over a 35-foot embankment; she died instantly from a broken neck. Her body, thrown from the car, was discovered by the groundsman of the Henley Cricket Club while her pet spaniel was discovered later uninjured. She was an experienced and competent driver, who had driven a car for 20 years. The couple shared a love of fast driving and owned several vehicles including Hispano-Suiza, Mercedes and Isotta Fraschini, and she had previously driven at Brooklands motor racing circuit. She is buried at Fairmile Cemetery, Henley-on-Thames. 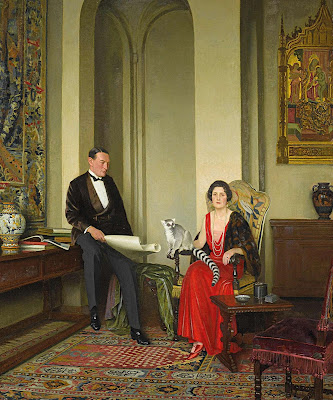 In 1933, millionaires Stephen and Virginia Courtauld were looking for a semi-rural property within easy reach of central London. Eltham fitted the bill, and they took a 99-year lease from the Crown.

They commissioned the budding architects Seely & Paget to design a modern home on the site of the 19th-century buildings, while retaining as much as possible of the historic palace. After some controversy over the scheme, because of its impact on the palace remains, it was eventually carried through with the help of Sir Charles Peers, formerly Chief Inspector of Ancient Monuments with the Office of Works, who acted as consultant for the repairs to the great hall.

The exterior of the new house, in a ‘Wrenaissance’ style partly inspired by Hampton Court, is designed to complement the great hall. The interior styles (ranging from historical to moderne) resulted both from the Courtaulds’ own tastes and from the architects, designers and craftsmen they commissioned. As well as Seely & Paget they included Peter Malacrida, Rolf Engströmer, Carlton Attwood and Gilbert Ledward.

The Courtaulds also took full advantage of new technology. There were electric fires and in most rooms synchronous clocks which were regulated by the incoming mains supply, and a loudspeaker system that could broadcast records to rooms on the ground floor. Siemens installed a private internal telephone exchange. There was a centralised vacuum cleaner in the basement. Gas was used to power underfloor and radiant ceiling heating throughout the house. Virginia Courtald’s pet lemur even had its own heated quarters on the first floor.

Keen horticulturalists, the Courtaulds also created a variety of garden features including a rock garden, formal rose gardens and a series of garden ‘rooms’, the latter being more typical of the Edwardian period or Arts and Crafts style.