Scotland: A future outside of the United Kingdom? | DW Documentary // The Dukes of Buccleuch 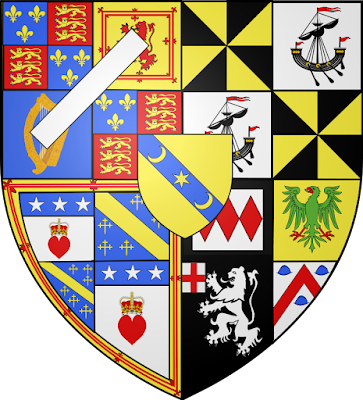 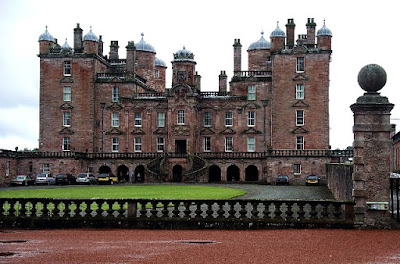 The title Duke of Buccleuch /bəˈkluː/, formerly also spelt Duke of Buccleugh, is a title in the Peerage of Scotland created twice on 20 April 1663, first for James Scott, 1st Duke of Monmouth and second suo jure for his wife Anne Scott, 4th Countess of Buccleuch. Monmouth, the eldest illegitimate son of Charles II was attainted after his 1685 rebellion, but his wife's title was unaffected and passed on to their descendants, who have successively borne the surnames Scott, Montagu-Scott, Montagu Douglas Scott and Scott again. In 1810, the 3rd Duke of Buccleuch inherited the Dukedom of Queensberry, also in the Peerage of Scotland, thus separating that title from the Marquessate of Queensberry.

The substantial origin of the ducal house of the Scotts of Buccleuch dates back to the large grants of lands in Scotland to Sir Walter Scott of Kirkurd and Buccleuch, a border chief, by James II, in consequence of the fall of William Douglas, 8th Earl of Douglas (1452), but the family traced their descent back to a Sir Richard le Scott (1240–1285). Sir Walter Scott of Branxholme and Buccleuch (died 1552) distinguished himself at the Battle of Pinkie Cleugh (1547). His great-grandson Sir Walter was created Lord Scott of Buccleuch in 1606.

Other subsidiary titles associated with the Dukedom of Buccleuch are: Earl of Buccleuch (1619), Earl of Dalkeith (1663) and Lord Scott of Whitchester and Eskdaill (1619) (all in the Peerage of Scotland). The Duke also holds the two subsidiary titles of the attainted Dukedom of Monmouth, namely Earl of Doncaster (1663) and Baron Scott of Tindale (1663) (both in the Peerage of England), and several subsidiary titles associated with the Dukedom of Queensberry, namely Marquess of Dumfriesshire (1683), Earl of Drumlanrig and Sanquhar (1682), Viscount of Nith, Tortholwald and Ross (1682) and Lord Douglas of Kilmount, Middlebie and Dornock (1682) (all in the Peerage of Scotland). The Earldom of Doncaster and Barony of Scott of Tindale had been forfeit at the time of the first Duke's attainder, but the titles were restored to the 2nd Duke of Buccleuch in 1742. Until 1835, the Dukes also held lands in the West Riding of Yorkshire and the ancient title of Lord of Bowland. The Duke of Buccleuch is the hereditary chief of Clan Scott. The holder is one of only five people in the UK to hold two or more different dukedoms, the others being the Duke of Cornwall and Rothesay, the Duke of Hamilton and Brandon, the Duke of Argyll (who holds two dukedoms named Argyll), and the Duke of Richmond, Lennox and Gordon.

The novelist Sir Walter Scott, Bart., was directly descended of the Lords of Buccleuch. His family history, fancifully interpreted, is the main subject of much of The Lay of the Last Minstrel.

The current Duke of Buccleuch, Richard Scott, the 10th Duke, is the largest private landowner in Scotland with some 280,000 acres (1,100 km2) and chairman of the Buccleuch Group, a holding company with interests in commercial property, rural affairs, food, and beverages. The title originally comes from a holding in the Scottish Borders, near Selkirk.

The family seats are Bowhill House, three miles outside Selkirk, representing the Scott line; Drumlanrig Castle in Dumfries and Galloway, representing the Douglas line; and Boughton House in Northamptonshire, England, representing the Montagu line. These three houses are still lived in by the family and are also open to the public. The family also owns Dalkeith Palace in Midlothian, which is let, and has owned several other country houses and castles in the past. Its historic London residence was Montagu House, Whitehall, now demolished and replaced by the Ministry of Defence.

William Montagu Douglas Scott, The Earl of Dalkeith, who became the 7th Duke of Buccleuch was elected President of St. Andrew's Ambulance Association in 1908. The Presidency of the Association (now St Andrew's First Aid) has been held by the Buccleuch family from that date.

Most of the Dukes of Buccleuch (the 3rd, 4th, 5th, 6th, 7th) are buried in the Buccleuch Memorial Chapel in St. Mary's Episcopal Church, Dalkeith, Midlothian. The 2nd Duke (died 1751) is buried in Eton College Chapel. The most recent Dukes (the 8th and 9th) are buried among the ruins of Melrose Abbey in Melrose. 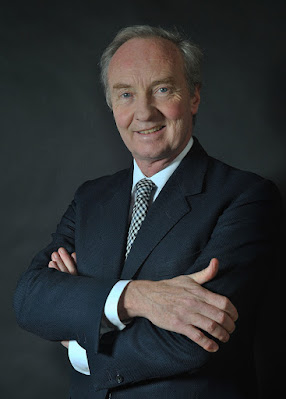 Richard Walter John Montagu Douglas Scott, 10th Duke of Buccleuch and 12th Duke of Queensberry, KT, KBE, CVO, DL, FSA, FRSE (born 14 February 1954), styled as Lord Eskdaill until 1973 and as Earl of Dalkeith from 1973 until 2007, is a Scottish landholder and peer. He is the Duke of Buccleuch and Queensberry, as well as Chief of Clan Scott. He is the heir male of James, Duke of Monmouth (9 April 1649 – 15 July 1685), the eldest illegitimate son of King Charles II and his mistress, Lucy Walter.

Scott was born in 1954, the son of John Scott, 9th Duke of Buccleuch, and his wife, Jane Scott, Duchess of Buccleuch, a daughter of John McNeill, QC. He was baptised with Princess Margaret as one of his godparents.

He was educated at St. Mary's School, Melrose, and Eton College, and was Page of Honour to Queen Elizabeth The Queen Mother from 1967 to 1969. In 1973, his father inherited the Dukedoms of Buccleuch and Queensberry, and Scott took the courtesy title Earl of Dalkeith, having previously been styled Lord Eskdaill. He graduated from the University of Oxford in 1976 as a Bachelor of Arts.