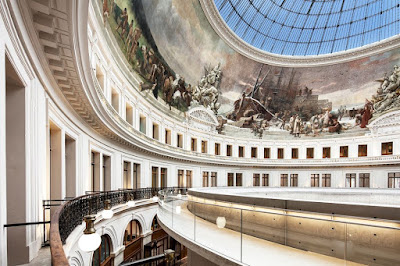 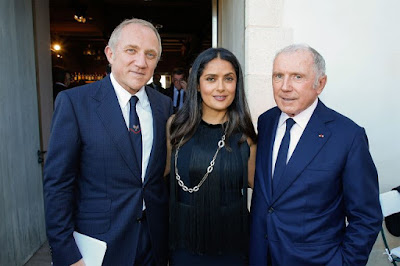 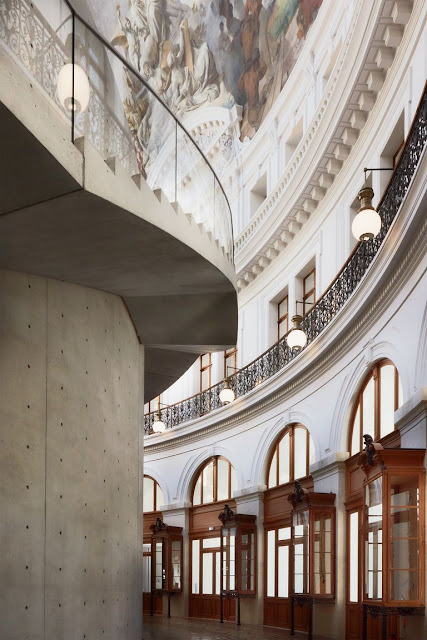 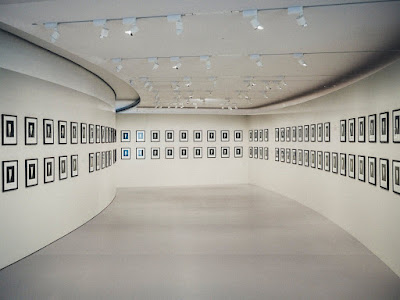 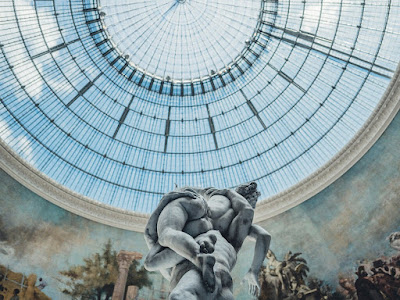 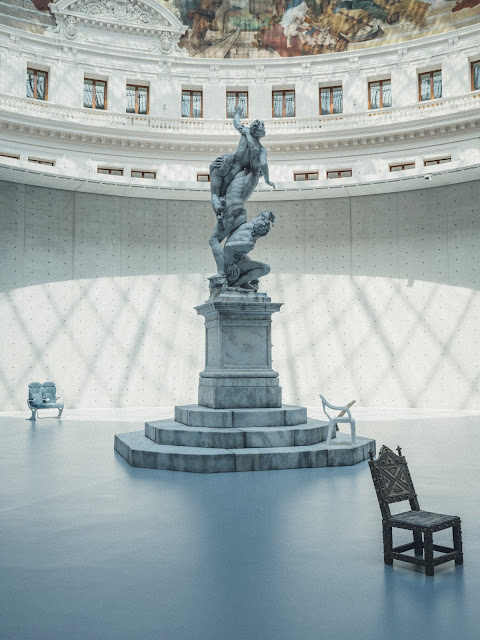 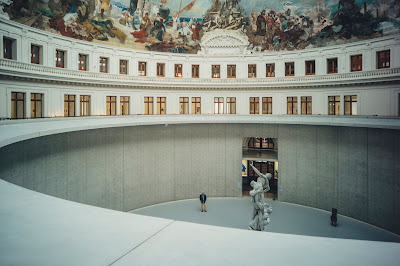 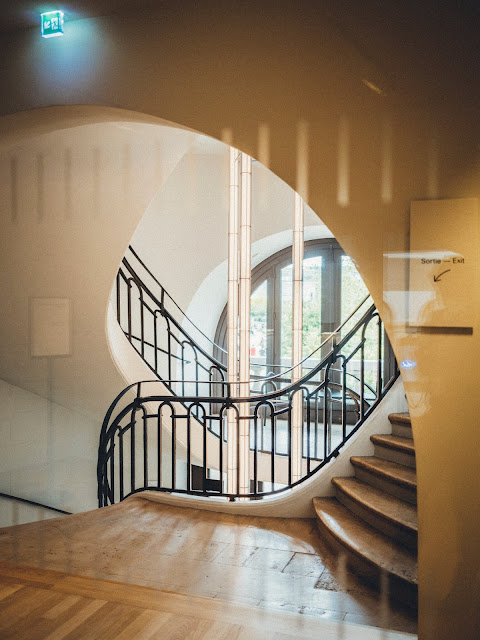 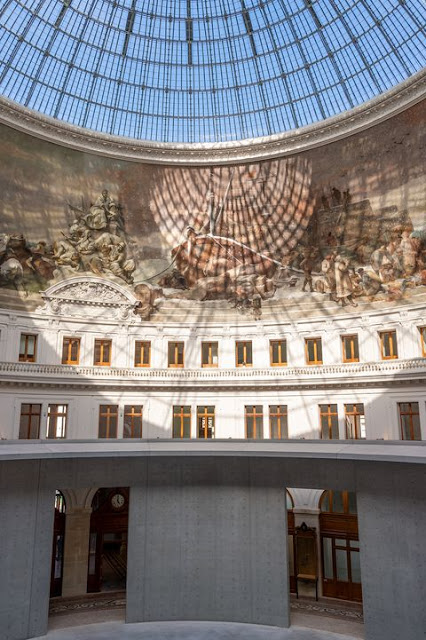 Contemporary art owned by the billionaire François Pinault is displayed beneath the rotunda of the Bourse de Commerce and frescoes of a colonialist past.

PARIS — François Pinault, the French billionaire, has never had much time for convention. “Avoid the paths already trodden,” has been his motto. Bored with acquiring Impressionist or Cubist works with surefire credentials, he said to himself four decades ago: “It’s impossible that we have become so stupid today that there are no human beings alive capable of creating tomorrow’s masterpieces.”

The fruits of that conviction are now on display in a contemporary art museum that opened in Paris on Saturday under the cupola of the Bourse de Commerce. With the Louvre to one side and the Pompidou Center to the other, this upstart in the cultural life of Paris combines tradition and modernity.

Once a grain exchange, the light-filled building has undergone a $170 million redevelopment conceived by the Pritzker Prize-winning Japanese architect Tadao Ando, who previously worked with Pinault at the Palazzo Grassi in Venice. Ando installed a 108-foot-diameter concrete cylinder inside the central rotunda, creating a core display area while retaining the framework of the original.

“A palimpsest of French history,” as Martin Bethenod, the museum’s director, put it.

No layer of the palimpsest has been concealed. Restored 19th-century frescoes beneath the dome illustrate the global commerce of the time. Titled “Triumphal France,” they amount to a primer in the demeaning stereotypes of a Eurocentric colonized world where white traders did business with bare-chested African warriors.

The juxtaposition with the many works in the galleries below by Black American artists, including David Hammons and Kerry James Marshall, is potent. Their pieces, driven by reflection on the grotesqueness and lasting wounds of racism, seem charged by the setting.

Transience is a theme. Nothing lasts, yet nothing is entirely gone. At the center of the museum’s initial exhibition stands a wax replica of the 16th-century Giambologna statue “The Abduction of the Sabine Women,” three writhing figures intertwined. Created by the Swiss artist Urs Fischer, it was set alight at the museum’s opening on Saturday and will burn for six months, leaving nothing behind.

So a high mannerist masterpiece becomes an elaborate giant candle: Sic transit gloria mundi. The Bourse de Commerce itself has been rented from Paris City Hall on a 50-year lease — a reminder that the museum’s life span may not be eternal. Ando’s cylinder is designed so that it can be removed once the lease expires.

Pinault, 84, a self-styled “troublemaker,” has always been more interested in disruption than permanence.

Born in rural Brittany, he went on to parlay a small timber business into a $42 billion diversified luxury-goods conglomerate, including brands like Gucci and Saint Laurent. I asked him about time passing. “Well, I am like everyone: As you grow older, that issue gnaws at you a little, but I am not obsessed by the time that may be left to me,” he said in an interview. “I hope it will be as long as possible.”

How, he asked, can anyone take himself for important, confronted by the sweep of history? “Humility must be worked on with a pumice stone every day,” he said. “The ego is something that grows if you don’t apply weed killer.”

Behind him in his office at the Bourse de Commerce hangs “SEPT.13, 2001,” a work in black and white by the Japanese artist On Kawara. It is a reminder that the unimaginable can happen — that as Victor Hugo put it, “Nothing is more imminent than the impossible.” Yet life continues nonetheless.

“The ego is something that grows if you don’t apply weed killer,” said François Pinault, the luxury goods billionaire whose collection is on show at the Bourse de Commerce.

For Pinault, the project represents a long-held ambition to house some of his more than 10,000 works by artists including Cy Twombly, Cindy Sherman, Damien Hirst, Jeff Koons and Marlene Dumas in a Paris museum. That effort began about 20 years ago with plans, later aborted, to take over a disused Renault car factory in the suburb of Boulogne-Billancourt.

Although Sherman’s work is on prominent display — including a haunting photograph of a platinum-blonde woman, back turned, standing on a deserted American highway with her suitcase beside her in a shadowy half-light — the exhibition does not dwell on the giants of the Pinault Collection, as if the main aim were to jolt Parisians emerging from months of coronavirus lockdown with an injection of the new and little known in France.

Pinault said he had met David Hammons, a generally reclusive artist who came of age in the 1960s and ’70s, more than 30 years ago. Hammons learned that Pinault was the uneducated son of a peasant from a small Breton village. “He said we were alike, and I burst out laughing and told him, ‘Well, not exactly!’”

So was an unlikely friendship born. Its fruit is the more than 25 Hammons works on show at the Bourse de Commerce.

But what of those murals glorifying European colonization, with Christopher Columbus sweeping down from the sky in a caravel to find half-naked Native Americans? “We were convinced for a long time that we constituted civilization, the most evolved people,” Pinault said. “I never accepted that.” In the frescoes, he added, was “the beginning of global commerce, but dominated by Europe and France” — in short, “everything that a David Hammons detests.”

When the artist was shown a video of the frescoes, and giant antique maps tracing post-slavery trade routes dominated by European navies, he asked that his “Minimum Security” installation, inspired by a visit to death row at San Quentin State Prison, be placed against this backdrop. The squeaking and clanging of a cell door seems to carry the echo of centuries of oppression.

“Some will criticize us and say it’s shameful,” Pinault said. “We could have hidden the fresco — you can always hide something, that is cancel culture. And here, a great African-American artist said, ‘Don’t hide it.’”

Jean-Jacques Aillagon, the Pinault Collection’s chief executive, said: “When you show it, that does not mean you approve it. This was the image of trade at that moment, and you can’t think yesterday with the mind of today.”

Kerry James Marshall, another Black artist whom Pinault has collected for years, seems to upend a whole Western tradition — Goya’s “Maya” or Manet’s “Olympia,” — with an untitled painting of a Black man, naked but for his socks, lying on a bed with a sidelong gaze, a Pan-African flag coyly covering his genitals.

Pinault said that his museum would not add much to Paris, but perhaps as a private institution it could move faster while the committees at state-owned museums pondered. “So perhaps you have a collection of things that would not otherwise be here.” Perhaps, yes. He was being modest.

He described himself as a restless nonconformist: “My roots are under the soles of my shoes.” When life presents something important enough to entice you into a journey, he suggested, “you have to take your suitcase, like that woman beside the road in the Cindy Sherman photograph — my favorite.”

He was 19 when he left Brittany for the first time and came to Paris. He enlisted in the army and went to Algeria, where war was raging. It was 1956. A parachutist, he was ordered to comb through villages looking for Algerian rebels fighting French colonial dominion. But the rebels were long gone; all that was left were houses full of women, children and older people. Pinault said he confronted his officer: “What the hell are we doing here? This war is already lost.”

“Shut up, Pinault,” he recalled the officer saying.

But he never has shut up. Instead, Pinault has made a fortune, a unique collection of contemporary art and a life out of anticipation. “Only anticipate” could be another of his mottos. As a result, Paris, sometimes a little set in its ways, has something different, disruptive and challenging on offer at the Bourse de Commerce.

Roger Cohen is the Paris Bureau Chief of The Times. He was a columnist from 2009 to 2020. He has worked for The Times for more than 30 years and has served as a foreign correspondent and foreign editor. Raised in South Africa and Britain, he is a naturalized American. @NYTimesCohen