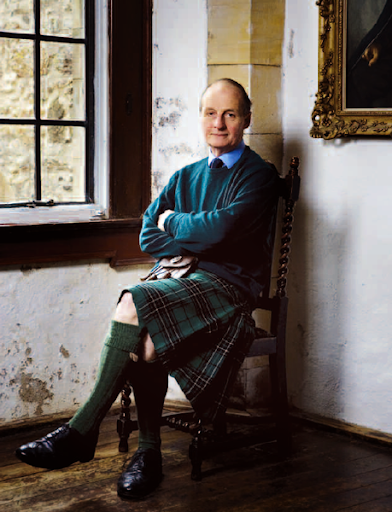 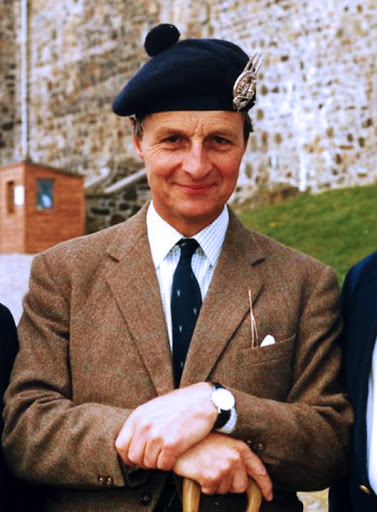 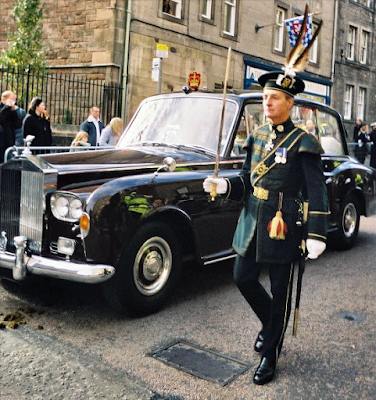 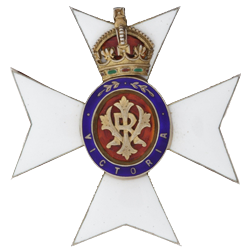 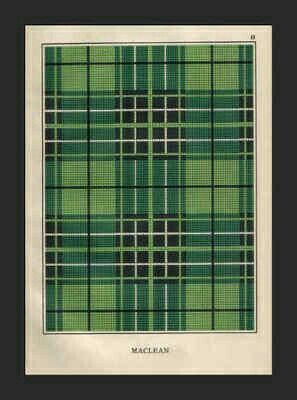 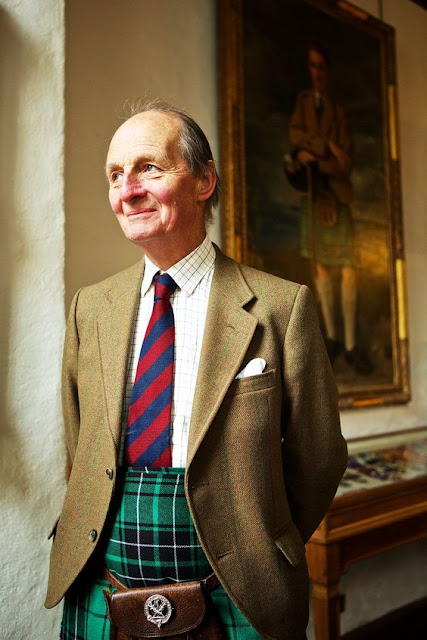 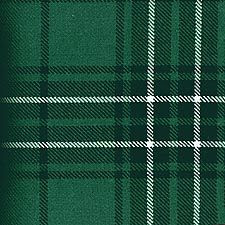 Major the Honorable Sir Lachlan Maclean, Bt, CVO, DL became the 28th Chief of the Clan Maclean, 12th Baronet of Duart and Morvern, and 8th Lord Maclean on the 8th of February in 1990, upon the death of his father. Though today he is known as being kind, humble, soft-spoken, and genuinely warm, Sir Lachlan was a special operations officer, corporate executive, and is today the embasador of his ancient clan.

Among only a handful of Maclean Chiefs to witness the passing of a century, Sir Lachlan holds the distinction of being the only among them to preside over the passing of a millennium. Keenly ware of the significant role the Macleans have played in Scotland and around the world throughout the last eight centuries, Sir Lachlan has worked to preserve the Clan’s history and historicial sites. He was instrumental in creating the Clan Maclean Heritage Trust, and continues lead the ancient and world-wide clan the Macleans have become.

Sir Lachlan was born on the 25th of August in 19421 to Lord Charles and Elizabeth Maclean, née Mann, in Windsor, Berkshire of southeast England.9 Weeks after his birth Sir Lachlan was taken to Duart because the western Highlands were safer than suburbs of London durring World War II. The honor of carrying the future chief across the threshold of the ancient fortress was given to Jennie Macleod, a long-serving housemaid of the Maclean family.1 Sir Lachlan’s early years were spent at Duart.1

Sir Lachlan received his early education in Berkshire. Due to distance between school and his home on Mull, many of his half-term holidays were spent with the Manns—his maternal grandparents—at their home in Wiltshire.1 Like his grandfather and great-grandfather, Sir Lachlan attended Eton Colege.1 Among his Eton classmates were 20 future government officials and politicians, 5 future judges, 4 members of royal households, and a number of future celebrities.11

In 1966 Sir Lachlan married Mary Helen Gordon. Born on the 31st of October in 1943, Lady Mary was the eldest daughter of William Gordon Gordon of Lude and Helen Gordon who lived in Blair Atholl, Perthshire. The couple married while Sir Lachlan was still in a Lieutenant in the British Army. Together they had five children—Emma Mary Maclean, the Maid of Morvern, Sarah Elizabeth Helen Maclean, Malcolm Lachlan Charles Maclean the Younger of Duart and Morvern, Alexandra Caroline Maclean, and Andrew Lachlan William Maclean. Following Sir Lachlan's retirement from military service, the family made their home at Arngask House in Glenfarg, Perthshire. In 1990, Sir Lachlan inherited the estate of Duart and the family relocated to Mull. Lady Mary passed away on the 30th day of December in 2007.

On the 8th of September in 2010, Sir Lachlan married Mrs. Rosemary (Rosie) Mayfield. Lady Rosemary is the widow of Lt.-Col. Richard Mayfield, DSO, LVO, a fellow Scots Guards officer of Sir Lachlan’s. Lady Rosemary is the daughter of Col. Donald Matheson,10 and her family came from Dornie in the West Highlands.10 She and her late husband had a son and a two daughters; their son won the Sword of Honour on his commissioning from Sandhurst into the Scots Guards in 1986.10 The two families have been friends since Sir Lachlan and Richard served together.

Officer Cadet Maclean was commissioned a Second Lieutenant in the Scots Guards upon graduating from Eton on the 13th of January in 1962.2 The majority of Sir Lachlan’s military career was with the Scots Guards, who from 1962 till 1972 were deployed to Kenya, Uganda, Zanzibar, Malaysia, Sarawak, Sabah, Iserlohn, Munster, Northern Ireland, Hong Kong, and Honduras. It is unclear which operations Sir Lachlan may have taken part in.

Sir Lachlan was selected to serve with the British Army’s elite Special Air Service (SAS).1 He likely transfered to the 22nd SAS Regiment in 1968 or 1969 and remained with the regiment until his retirement from the Army in 1973. The world-renowned all-volunteer14 special forces corps is known for its expertice in special operations, counter-terrorism, reconnaissance, and hostage rescue. Only 10% of SAS candidates make it through the gruling five month selection process of the Special Forces Aptitude Test.14

During his time in the SAS, Sir Lachlan took part in a special joint-training program with the United States Army Rangers. Sir Lachlan served with Lord Guthrie of Craigiebank,12 who then commanded a Squadron of the 22nd SAS Regiment13. Operation Storm, a counteraction to the Dofar Rebellion famous for the Battle of Mirbat where 9 SAS soldiers held off a force of 400 Adoo guerrillas,15 began shortly after Sir Lachlan transfered to the SAS and continued four years after his retirement.

At the age of 29 and having reached the rank of Major, Sir Lachlan was at a crossroads. Sir Lachlan recalls, It was a case of staying in for life, which I didn’t particularly want to do, or leaving before I was thirty, which would give me a chance to start a new career.1 Sir Lachlan decided to retire from military service in 19736 and settled his family north of Edinburgh in Arngask.

Eventually, Sir Lachlan retired as an executive of the United Biscuits.1 In contrast to the corporate life, Sir Lachlan spent several years in private business as a restaurateur. Today Sir Lachlan enjoys running Duart Castle, his childhood home, and light farming at his winter home in Perthshire.

In 1993 Sir Lachlan was appointed Deputy Lieutenant of Argyll and Bute. He is a member of the Royal Company of Archers, the historic bodyguard of the British Monarch in Scotland, where he served as Adjutant and later one of the four Lieutenants of the organization. In this role he served as Silver Stick for Scotland during the 1999 state visit of Queen Elizabeth II for the opening of the Scottish Parliament.

For many years, Sir Lachlan served on the Board of Trustees and as Seretary of the Robertson Trust, an independent charitable Scottish trust who’s priorietys are community-based care, health, education, art, and sport. The Robertson Trust works to improve the quality of life and realise the potential of people and communities in Scotland.

In ages past a chief’s primary public service would have been to his clan—though the focus has shifted from raising armies and protecting territory, Sir Lachlan continues in that ancient tradition by fostering the world-wide kinship of his modern clan while preserving its history for generations to come. The work of both Sir Lachlan and his late wife, Lady Mary Maclean, was recognized when Duart Castle was awarded the Caledonian MacBrayne Award for Excellence in Tourism in 2008. Their dedication made Duart Castle, the ancestral home of the Clan Maclean, accessible to the family it once protected.