The State Opening of Parliament on Tuesday 11 May marks the formal start of the parliamentary year and the Queen's Speech sets out the government’s agenda for the new session.

This year's ceremony is a reduced, COVID-secure event.

The timings for the 11 May State Opening are the same as in previous years: the main parts of the ceremony take place between 11am and 12.30pm.

Central to the ceremony is the Queen's Speech. Written by the government, it is read out by the Queen from the Throne in the House of Lords chamber. The speech contains an outline of government policies and proposed legislation for the new parliamentary session.

When the Queen leaves, a new parliamentary session starts and Parliament gets back to work. Both Houses agree an ‘Address in Reply to Her Majesty’s Gracious Speech’ and debate the content of the speech.

Members of the House of Commons debate the planned legislative programme for several days, looking at different subject areas. The Queen's Speech is voted on by the Commons.

The House of Lords debates the different subject areas of the speech over five days. After which, bills are introduced and the Lords returns to work shaping laws, holding the government to account and investigating important issues of the day. 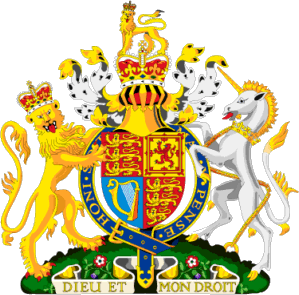 The opening ceremony of Parliament which traditionally takes place between November and December of each year, in the architectural ensemble known as "Houses of Parliament" in London , constitutes one of the great surviving moments of the unique conjugation between "Decor", ( The magnificent and iniguanável architectural set ) attributes, (heraldry, uniforms,banners,objects- constricting a phenomenon of "Pageantry" unique) and Symbolic Ceremonial ( Set of series of processions , militaria and voices of command, music, moments of deep symbolism with regard to the Political Constitution and its principles and values-"Pomp and Circumstance"). This Act reveals and symbolizes, ritualizes and proves, as the unique union between constitutional and democratic monarchy and its political constitution enrich, guarantee and safeguard the Metaphysics of the State and the Heterogeneous Patriotic Union of the United Kingdom.

Firstly, in a symbolic act, the beefeeters of the Palace of Westminster are searched, thus recalling the attempt of the attack in 1605 by the Catholics, which aimed at the destruction of Parliament and the mass murder of the Protestant king james I and the aristocracy at the same time.

Before the departure of the Royal Procession of Buckingham Palace, the Queen's residence, the Crown takes a member of the Commons to the Palace as a symbolic "Hostage" in order to ensure the Queen's safe entry into Parliament. Here we already have several symbolic acts of a Monarchy without absolute power and dependent on the People's Will and its Democratically Elected Representatives. The "Hostage" is returned to Parliament and the House of Commons after the Queen's safe arrival.

Also before the departure of the Queen and her Procession towards Parliament the Imperial State Crown is transported, with Circumstance, in its own carriage. She and two other symbols and attributes of monarchical authority and law, The sword of State and The Cap of Maintenance are transported in the initial procession already inside to be exhibited at the Royal Gallery of the same Palace of Westminster.

The Queen arrives at the Palace of Westminster, in the whole of the "Houses of Parliament", accompanied by the Duke of Edinburgh and enters the Palace via the Victoria Tower. The Union Flag is replaced by the Royal banner. It is at this moment of entry that the voices of command of the regiments present are heard in no way and interval.

After having worn The Robes of State and placed The Imperial State Crown the Queen proceeds in Cortejo through the Royal Gallery towards the House of Lords. There is still a particularity ... on this route two (used to be four) of their companions, those in front, walk back wards all the way so that they never turn their backs on the sovereign and the symbols that accompany her.

This fact is important for the symbolic act i am going to describe... After the Queen and Duke of Edinburgh's entry into the House of Lords and Queen has uttered the famous phrase "My Lords pray be seated", Lord Great Chamberlain elevates his symbol of office and signals instruction to the Gentleman Usher of the Black Rod, a character dressed in black, to address the House of Commons in order to call on the Commons to come and watch the Queen's Speech ... and... in a moment of a sublime symbolism ... the door is closed to him in the face, preventing his entry and thus affirming the authority of the Commons Elected by the People before the Royal Emissary. Only after he has knocked on the door three times with his stick (the Black Rod) is admitted. Having entered, he addressed the Speaker and pronounced the famous phrase "Mr/Madam Speaker, The Queen commands this honourable House to attend Her Majesty immediately in the House of Peers"

The members of the Commons, accompanied by the Ceremonial Staff, form an informal procession of two to two, led by the leaders of the two parties, where it is tradition a certain informality, conversation and ironies, in order to symbolize their freedom.

Members of the House of Commons, the Queen begins reading the Speech written by the Cabinet in power, and where the political programme of the year that begins is revealed ... the Queen reads the speech without emothes in order to accentuate her neutrality and impartiality.