We are moving from the 1st March 2010 you will find us at our new address: 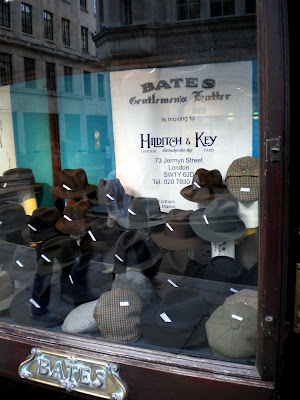 The situation in 2009, before Bates joined Hilditch & Key :
(the Interior of the magnificent shop is gone, together with the context where "Binks", the stuffed cat,used to "live"...) see the next "post"...

Hat shop to stars may be tipped out after a century in Jermyn St
Danny Brierley and Terry Kirby
13 Feb 2009
The polished wooden shelves lining Bates hat shop, a fixture of Jermyn Street since 1902, display the time-honoured styles of men's headgear — from trilbys and fedoras to flat caps and bowlers.

Resolutely traditional, not much has changed since the tiny shop moved down the road to its current location in 1920. "We had an American in recently who first came in when he was a serviceman in London during the Second World War. He said to me, 'I've gone back to being 18 again'," recounts manager Michael Mole.
Now the future of the shop is under threat, with plans by the Crown Estate to redevelop its end of Jermyn Street, close to Piccadilly Circus, because the properties are "substandard and tired".
For Bates, this is almost certainly the end of the road — it may not be able to afford the rents in the new building.
It is unlikely to move to another part of London, fearing it would destroy its unique charm. "For us, it's here or nothing. We couldn't really exist anywhere else," said Mr Mole.
The shop has been doing excellent business during the winter, serving mainly domestic customers and a few tourists.
Bates has a number of famous patrons, including Tom Jones, David Bowie and the artist David Hockney. Eric Clapton is still a regular and when told of its likely fate, the guitarist said: "I would say it is the best hat shop in the world, bar none."
Bates also used to make hats for all the armed forces. It is still contracted to the RAF and fire and rescue service.Customers expressed dismay at its possible demise. Paul Wells, in London on business from Bedfordshire, said: "It is a tragedy if this shop has to close."
He bought a green checked tweed flat cap. "A lot of the time you don't really know what you have got till it's gone and that is true of places like Bates."
Educational publisher Nicholas Oulton, from Tenterden, Kent, was also shocked at the news.
After buying a brown "Weekender" trilby, he signed the shop's petition to the Crown Estate. "I'm a hat enthusiast. I was in here last summer when I bought a Panama."
Another flat cap purchaser, Stephen Cartmell, a writer from Hertfordshire, with his wife, Dorit, was returning 25 years after buying one for his father.
He said: "It's stayed in my mind since I first came, so it's got a lot of memories. We lose individual shops like this too easily and it should never happen."
Staff have been careful to preserve the shop's outdated charm, best characterised by Binks, a stuffed stray cat.
It first wandered into the shop in 1921, died just a few years later and is now displayed in a glass cabinet, with cigar and top hat at a jaunty angle. The shop also served as the inspiration for Diagon Alley's wizard wand shop in the Harry Potter films.
The only intrusions of modernity are a few novelty Bates baseball caps and clippings of stars wearing their hats — they include Patrick Swayze in a Grosvenor (similar to a Fedora) and Peaches Geldof in a bowler.
Owner Tim Boucher, who inherited the business from the last member of the Bates family eight years ago, said: "We can object to planning permission but I don't think there is a great deal else to do. We are a dying breed."
Despite an appeal from Mr Boucher's mother, Prince Charles, a champion of small businesses, has said he is unable to intervene.
A spokesman for the Crown Estate said modernisation was badly needed but the "distinctive and unique" character of Jermyn Street would be protected under the plans. 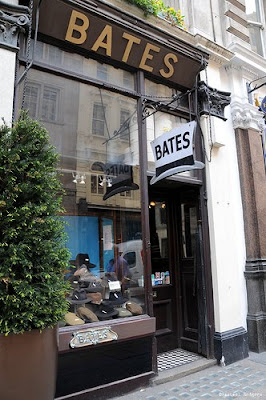 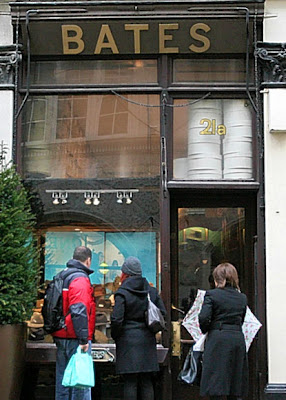 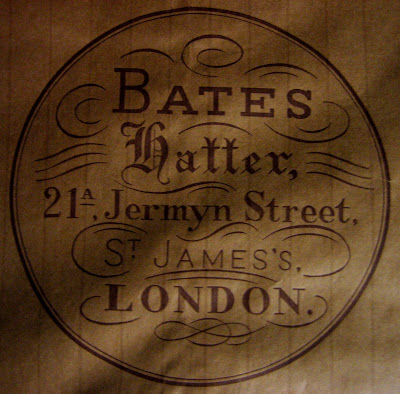 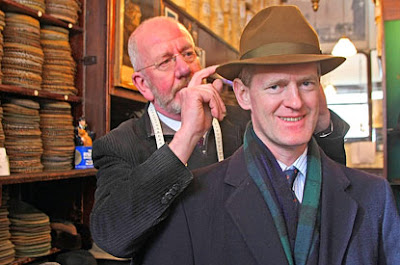 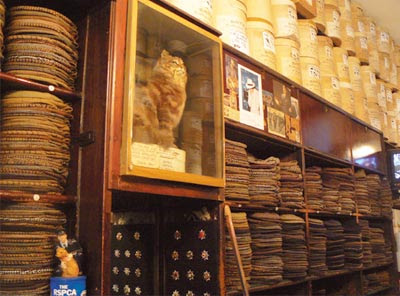 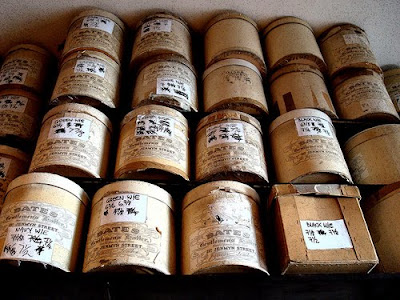 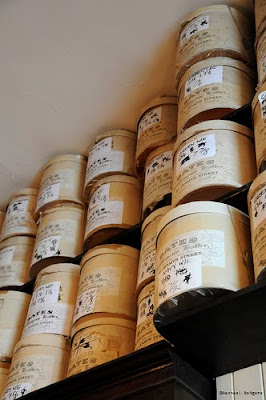 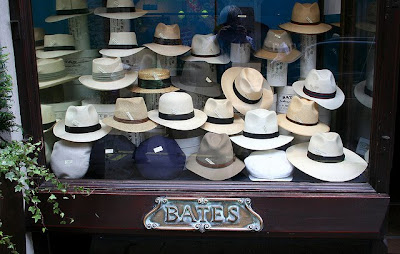 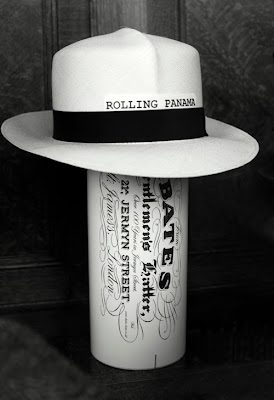 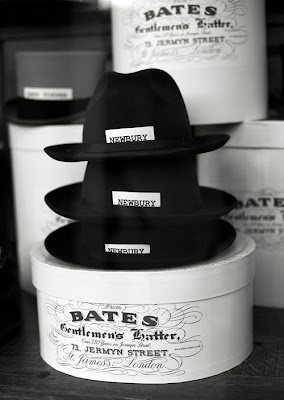