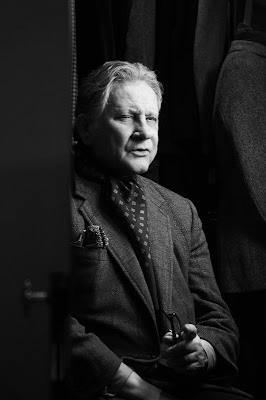 20 Odd Questions: The Distinguished Gentleman
The owner of the oh-so-British vintage shop, Hornets, gives a lesson in being dapper
Article
By EDWARD HELMORE
Michal Martychowiec
Hornets in London

Known in the vintage-clothes business as "Bill Hornets," William Hornets Wilde is one of those English gentlemen whom visitors to London imagine the city must be filled with. It isn't, of course, which is what makes Mr. Wilde and his shops so special.


He owns three stores in the Kensington area: two for vintage suits, hats and shoes, and a third for seasonal wear—whether that's tweeds for the shooting season, tails for Ascot or any other esoteric formal-outing requirements.
Although Mr. Wilde won't mention names ("I never recognize anybody," he said), his extensive inventory has made loyal customers out of designers like Ralph Lauren, John Galliano and Tom Ford.
Mostly, though, Mr. Wilde caters to country gentlemen, aristocrats, royal cousins, university students—patrons who prefer to avoid the expense and formality of Jermyn Street and the fickleness of the fashion industry.
Anyone in the market for say, a bespoke 1960s Anderson & Sheppard kid mohair suit, a vintage alligator-skin suitcase or a '30s chocolate-brown smoking jacket are well advised to drop in


Mr. Wilde, who was also a TV actor in the '60s and '70s (now best remembered for his part in "Blood Beast Terror" from the British film studio Hammer), maintains a network of buyers throughout southern England who forage for treasures at estate sales and flea markets.
In-store, Mr. Wilde helps customers with questions of sartorial refinement, promoting his modus operandi (proudly displayed on the Hornets website, hornetskensington.co.uk): "Not Fashion. Style."
One should never follow fashion for fashion's sake. With classic style you stand out from the crowd, with fashion you become one of the crowd.
The best pair of shoes I own are brown brogues from George Cleverley.
The great figures of style are the Duke of Windsor, Cary Grant, the present Prince of Wales


I prefer French cuffs and straight collars.
A bow tie can be worn in day time with a jacket or three-piece suit.
The lady on your arm can be extravagant and colorful. You have to be quietly masculine. At Ascot, a morning suit is very simple, but a llady can be fairly outrageous with her hat. A man has to be simple in his dress.
I wish men wouldn't tie a hangman's knot in their scarves, nor wear beanie hats, trainers or colorful silk waistcoats with morning suits. There are more offenses, but they are too terrible to mention.
My favorite suit was a three-piece chalk-stripe Huntsman. It fit me so beautifully, as if I were poured into it. The pants were cut very high, military style. The waistcoat had small lapels. As I am tall and was slim in those days, it looked fantastic.

My favorite style of men's dress is English country clothing: shooting jackets, tweed suits, moleskins and cords.
My favorite warm weather vacation is on the English Riviera: Dorset, Devon and Cornwall.
I prefer a dry martini shaken, not stirred, at the St. James Hotel in London.
The single piece of clothing I've had the longest is a '30s double- breasted tan-colored leather motoring coat.
My favorite album of all time is Billie Holiday "Lady in Satin."
I've just got into Agatha Christie's "Murder on the Orient Express."
In the morning I love half a cold game bird from the night before, black coffee and the Times. Then I read and send some emails.
My favorite hotel is the Grande Bretagne in Athens. Many happy memories.
—Edited from an interview by Edward Helmore 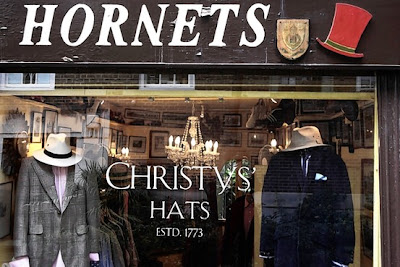 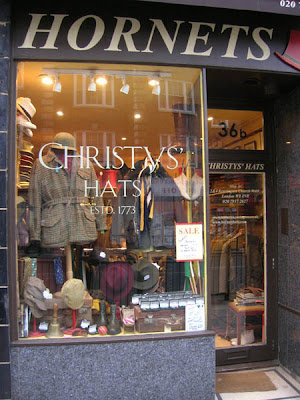 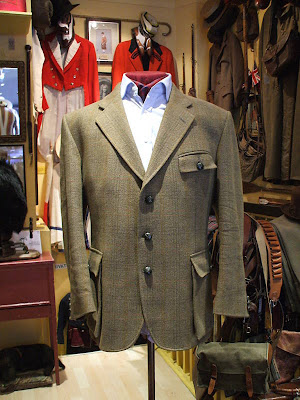 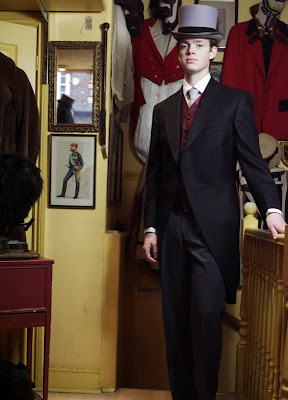 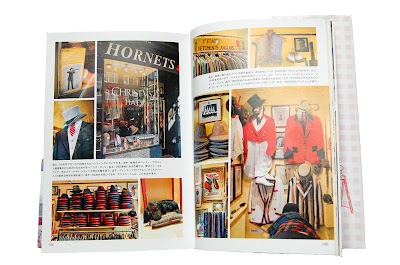