The strange ways of Architecture ... From Holland to London with William of Orange and Daniel Marot and then to Virginia. 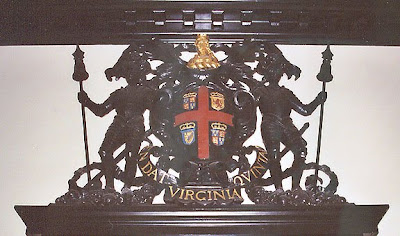 Colonial Williamsburg and the Spirit of America
By Charles Rowley in Virginia Gazette
Wednesday, August 18, 2010
Today, I depart for a short four day vacation in Colonial Williamsburg. So this column reflects on the nature of those early beginnings and most especially on the spirit of those early Americans – a spirit that would ready them for rebellion against the mighty British Empire and for the successful pursuit of individual freedom and free markets under God and the rule of law.
Williamsburg emerged as a consequence of the failure of the very first English settlement at Jamestown (named for King James 1 of England). Jamestown was founded in 1603 as the center of governance and commerce in the Virginia Colony (named for England’s virgin queen, Elizabeth 1). However, the settlement struggled to survive, located as it was on swampy, mosquito-infested terrain, and, because it was low-lying, difficult to fortify and protect from periodic attacks by the Powhatan Confederacy. Jamestown burned down in 1676 (not for the first time, but on this occasion deliberately, during Bacon’s Rebellion).
As soon as Governor William Berkeley regained control, temporary headquarters for the government were established some 12 miles away on the high ground of Middle Plantation, a 1632 settlement. The members of the House of Burgesses discovered that this location was both safer and more pleasant than Jamestown. So in 1698, after the rebuilt Statehouse in Jamestown burned down yet again, the House of Burgesses chose Middle Plantation as the new capital of the growing Virginia Colony, renaming it Williamsburg in honor of King William III of England. A village was laid out and a new Statehouse was constructed.
Williamsburg is located along the center-line of the Virginia Peninsula, some distance both from the James and the York Rivers, the ground sloping down to the shore of each. At this location, the land area is only 6 miles wide. The new settlement was much more easily fortified against Indian attacks, and much less vulnerable to malaria and other insect-borne diseases. In these more favorable conditions, the capital of Virginia Colony grew and thrived as a center for farming, small-scale industry, and commerce, functioning with a limited government, under the rule of the common law. As early as 1693, a royal charter had provided for a college of higher learning in Middle Plantation, to be named the College of William and Mary, in honor of King William III and Queen Mary II. This College was only the second in the colonies. Given its present reputation in economics, the other college will not be identified in this column.
By the middle of the eighteenth century, immediately prior to the Revolutionary War, save for the British presence, Williamsburg represented the ideal form of Thomas Jefferson’s vision of the new America. It also fully incorporated the Spirit of America that would lead the colonists to victory over the British Empire. On the Eve of the American Revolution, nearly 2,000 people, half of whom were slaves, called the city home. Tailors, carpenters, bakers, gunsmiths, coopers, wheelrights, merchants, clerks, all worked and prospered in this peaceful environment. Arguably, the most important institutions in the city were neither those of business nor those of politics. The taverns were not just drinking places. They comprised the heart of political, social and cultural discourse.
By 1774, just prior to the revolution, the Virginia Colony was the most important of all the British colonies in America, the source of its most widely- recognized statesmen and military leaders. Naturally, therefore, Williamsburg played a prominent role in the events leading up to the revolutionary war. The Gunpowder Incident of April 1775 began as a dispute between Governor Dunmore and Virginia colonists over gunpowder stored in the Williamsburg magazine. Dunmore, fearing rebellion, ordered royal marines to seize the gunpowder. Virginia militia, led by Patrick Henry, responded by marching on Williamsburg. A standoff resulted with the Governor threateneing to invest the city if atacked by the militia. The dispute ended when payment was arranged for the powder. But the seeds for rebellion by then had been well sown.
Williamsburg is also the location for some of the most fiery pre- revolutionary speeches. Two immortal contributions by Patrick Henry offer the Williamsburg flavor of the Spirit of America:

“Give me Liberty, or give me Death!”

” Caesar had his Brutus – Charles the first his Cromwell – and George III – may he profit from their example!”

Colonial Williamsburg faithfully replicates the nature and the spirit of Williamsburg as it was in 1774. At this moment of grave crisis for our Constitution of Liberty, I look forward to recapturing that Spirit of America in an environment that George Washington, Thomas Jefferson, James Madison, Patrick Henry, and George Mason all knew, and loved sufficiently that they threw down the gauntlet of rebellion against an overly autocratic King. 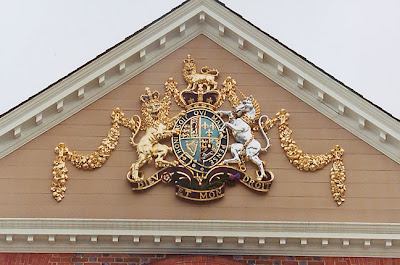 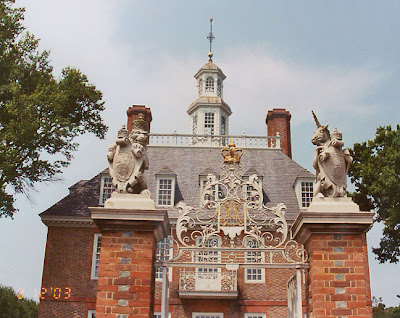 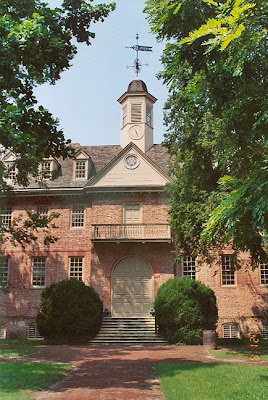 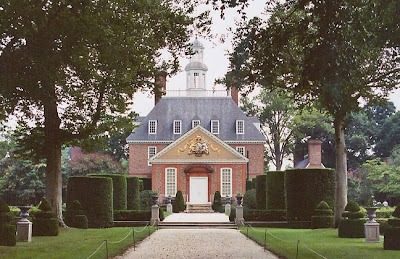 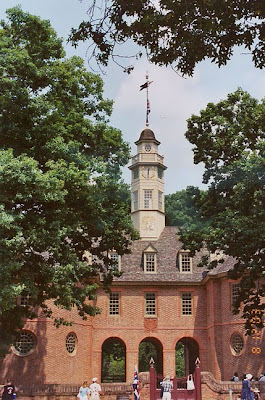 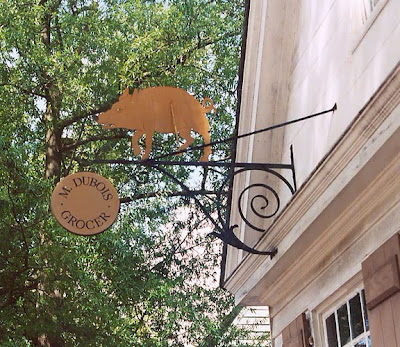 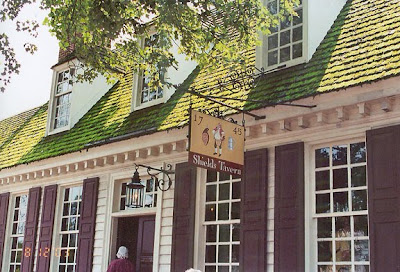 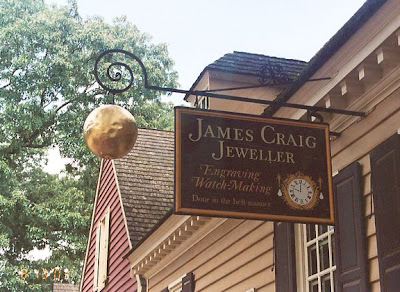 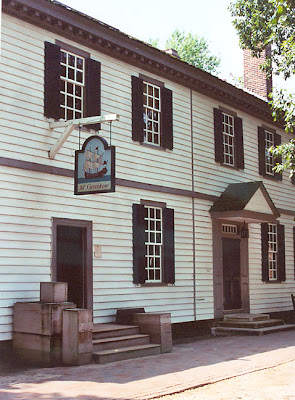 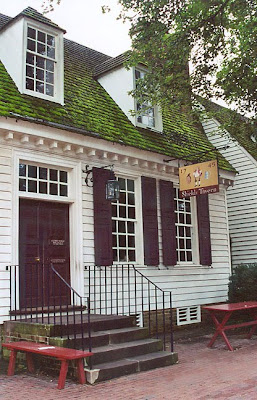 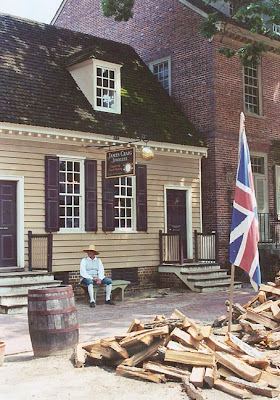 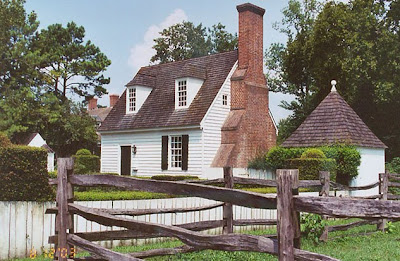 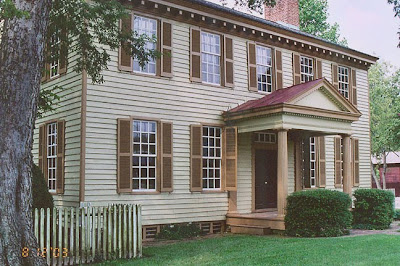 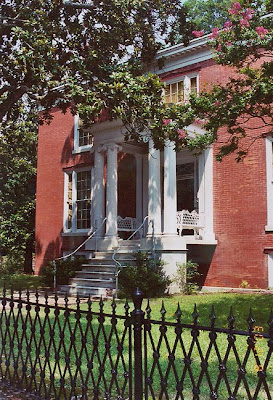 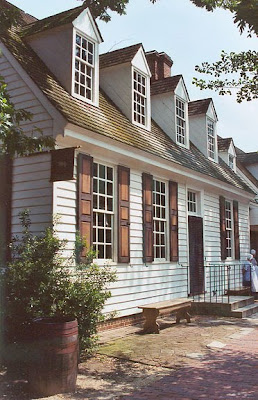 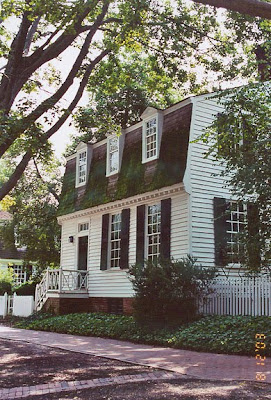 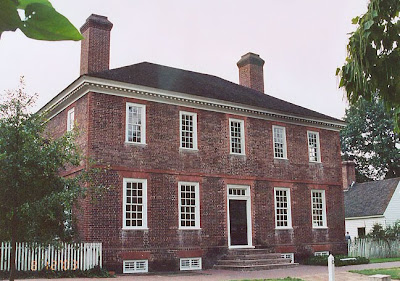